Phospholutions Founder and CEO Hunter Swisher began developing RhizoSorb as an undergraduate in the plant sciences program at Penn State. As part of an undergraduate research project, Swisher learned about the technology that had been developed and patented by one of his professors. Seeing the market potential for the technology, he worked with the Penn State Office of Technology Management to license the I.P. and launch Phospholutions. 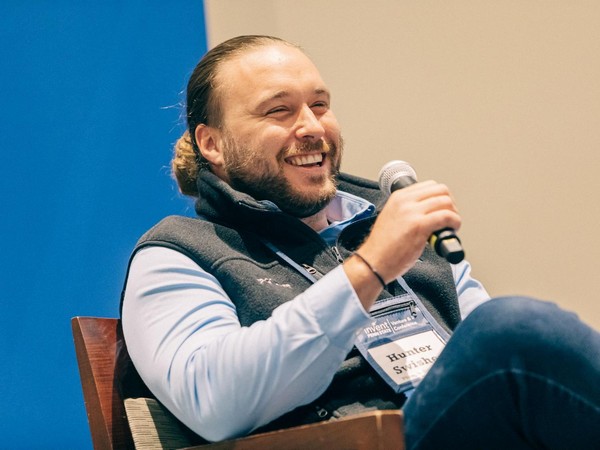 Hunter Swisher spoke as part of the "Preparing for Exit Upon Entry" panel session during the 2022 Invent Penn State Venture and I.P. Conference. Credit: Penn State.

"Our success and rapid growth wouldn't have been possible without the support and foundation that the entrepreneurial ecosystem in Happy Valley provides to the community," Swisher said. "The support is one of the reasons we've maintained our headquarters in Innovation Park."

"This investment will help accelerate our commercial launch by supporting this year's commercial trial program and strategic development partnerships and enables the product to be delivered to the U.S. row crop market for the 2023 growing season," said Swisher.

In addition to this new investment series, Phospholutions also announced that Penn State alumnus Stephan Levitsky joined the team as Chief Operating Officer and Vice President of Sustainability. Levitsky has more than 20 years of senior executive experience in leading food and agricultural companies.

"The support for our shared global vision of a more sustainable future for agriculture has us aligning strategically with our investors who are looking to bring science-backed solutions to the market to make a meaningful impact," said Levitsky.

Late last year, Phospholutions was also chosen as one of the first five companies selected for the Farm2050 Nutrient Technology Trialing Platform in New Zealand, organized by Finistere Ventures and Innovations Endeavors. New Zealand will join Canada, the U.S., Turkey, India, Brazil, and Africa on the list of global RhizoSorb trial locations planned for 2022.

"RhizoSorb technology aligns closely to our venture firm's mission to do more with less," commented Carl Casale from OAS. "The technology promotes increased grower profitability and reduces environmental impact to contribute to a more sustainable future for farming."