PerfoTec is delighted to announce a new innovation partnership with Blue Skies to develop an new -safe and natural- application for disinfection of fresh-cut fruits by means of active oxygen (ozone) in the packaging. 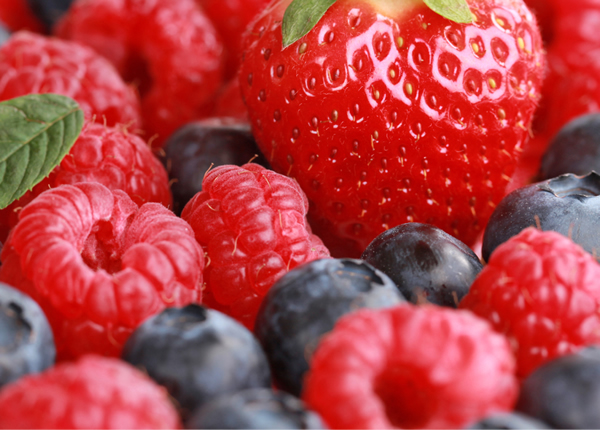 Blue Skies is searching for an application to kill micro-organisms to extend the freshness of Fresh-cut Fruits in a natural and safe way, without changing the quality and appearance of packed fruit.  PerfoTec and Blue Skies are joining forces to finalize the development of this technology, called PerfoTec O3Control, to add a specific dose of ozone safely into the topseal packs to kill bacteria, yeast, and mould spores whilst optimising the protective atmosphere. Since 2004 PerfoTec has developed several practical tools to extend the freshness of Fresh Produce, and the development of this new technology fits well within PerfoTec’s mission. Both PerfoTec and Blue Skies are aiming to finalize this new technology for validation and optimization in a real production environment during 2022/23.

PerfoTec’s mission is to combat the waste of fresh vegetables, fruits and flowers by applying the best possible protective atmosphere inside the packaging. This Dutch-based post-harvest company is the world’s leader in this field, and works together with many companies and customers around the world to improve the freshness of their products. Together with the client’s quality teams, PerfoTec creates the optimal solution for the fresh produce packaging in a natural way. When the ideal atmosphere is reached in the pack, the freshness will be extended to the maximum, both for retail and bulk packaging. PerfoTec’s technology can be integrated onto every new or existing packaging line, from topseal packaging machines, vertical packaging machines to flowpack machines.

Founded in 1997, Blue Skies, is a world leader in Fresh-cut Fruits, and, unlike many other companies “looks to add value at the source”. This means that Blue Skies produces the finished product where the fruit is grown. The approach is simple: fruit will be harvested only when fully mature, cut when naturally ripe and delivered fresh from harvest. Blue  Skies collaborate with PerfoTec in two areas: One is the extension of life for fruits that they store at their factories in Africa and the other is extension of life for finished prepared fruit products that they send to European retailers. Both of these areas are critical to reduce food waste and increase food production and distribution sustainability. Extension of the time for which Blue Skies can store fruits that they use at their factory in Ghana by clever manipulation of gas concentrations reduces the amount that they send to their compost site before processing. Additionally, this approach increases the quantities that Blue Skies can use from West African sources so that they do not need to import expensive fruits from Brazil and South Africa that take a long time to reach Ghana and have lower yield figures when processed.

“This new technology can become a game-changer for the fresh-cut fruit industry, initially for the UK and North America. The partnership between our two companies is an exciting opportunity and we are thrilled to be working with Blue Skies, a business closely aligned with our own ambition to provide science-led shelf-life extension solutions to the market,” according to PerfoTec’s Founder and CEO, Bas Groeneweg.

Blue Skies CEO, Hugh Pile, adds : “Use of ozone as a sanitising agent for finished products may improve food safety and extend the time that the product remains visually acceptable to the consumer thus reducing waste at the point of sale. This has long been a holy grail in the industry and PerfoTec have developed a system that permits this use of ozone gas in a populated environment.”

Once the new PerfoTec technology will be successfully operational within Blue Skies, after an initial optimization period, other customers will be welcomed so they can enjoy the benefits as well.