UK: "Now into its 16th season, this site is still extremely efficient"

Over the last two decades at R&L Holt, they have worked closely with Evesham Vale Growers, and they have four locations where they grow their tomatoes in the Evesham area. 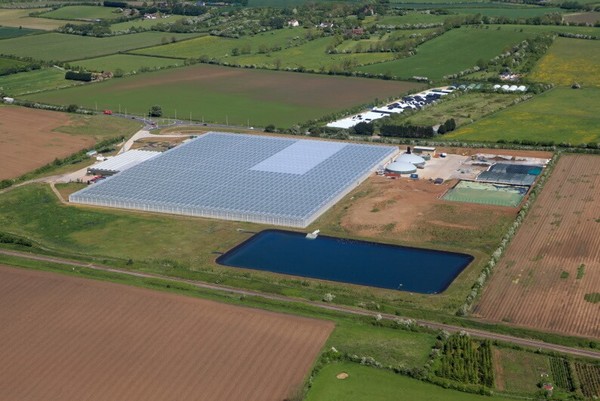 1979 – Head Office, Sandylands Nurseries
They began back in 1979 with a typical market gardening site with indoor and outdoor crops. It was developed over the years and had four glasshouses up until 2013 called Tom, Dick, Harry, and Fred.

2004 – Hornsfield Nurseries
Manufactured in the Winter of 2004/5, this site is located just outside the village of Badsey.

This was their first site where the 'NFT Hanging Gutter' was installed and used for their crops, allowing them to grow vertically.

"Now into its 16th season, this site is still extremely efficient with a biomass boiler for heating and has roof-mounted solar. We use pure CO2 from our partners' Anaerobic digestor plant."

In 2013 Vale Green Energy built an Anaerobic digester, and in 2017 a steam biomass boiler plant was installed to produce heat and power.

Now into its 11th season, this sustainable site continues to produce tomatoes from March to December.

2019 – La Serra
La Serra was established in the Winter of 2018 and was first planted in 2019. This site has two blocks designed for production all year round.

With hybrid lighting with both Top LED and Inter-lighting, the site is powered by CHP via a Biogas Anaerobic Digestor and a Solar Farm. 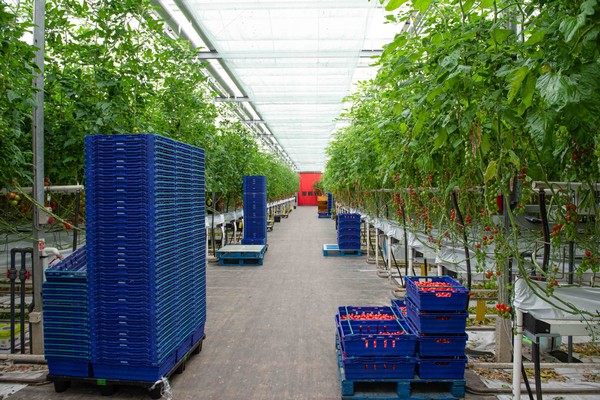 Tomatoes grown in a sustainable environment
At R&L Holt, the sustainability of how they grow their tomatoes is extremely important to them."We use recycled woodchip in boilers to provide hot water to heat the glasshouse, which is stored in buffer tanks," they explain. "Thermal screens work both in warm and cold temperatures as they shade crops during bright weather and keep heat in the glasshouse during the winter months."

The grower utilizes LED lighting which provides many benefits. "LED lighting uses up to 40% less electricity than conventional lighting that is powered by on-site CHP plants, so we do not depend on the National Grid supply," they point out. "Solar panels provide the power to run pumps that irrigate the crops, and climate control helps to ensure we are not wasting energy. Lastly, we pack our crops in re-usable crates."