Global challenges and opportunities in CEA

“Raising capital in the US is easier than in Europe”

"There aren't many opportunities to secure capital. There are more challenges. Raising capital in the US or in Europe is a completely different game. 95% of VC (Venture Capital) funds in the last decade have been spent on technology. Two factors that investors don't like about it are the industrial part of it and the fact that it's CapEx and intensive. VCs in Europe mostly don't have the time and teams to really understand what we do," Gilles Dreyfus, CEO, and co-founder of Jungle, remarked.

Last month the Indoor AgTech was held in person again after a few online versions of the event. Joining a panel on Establishing CEA innovation hubs and markets around the world were Gilles Dreyfus (President of Jungle), Cristián Sjogren (CEO at AgroUrbana), Yong Park (CMO at Farm8 and PlantT), Dirk Aleven (CEO at FoodVentures) and leading the panel was David Verbitsky (Managing director at Nomura Greentech). 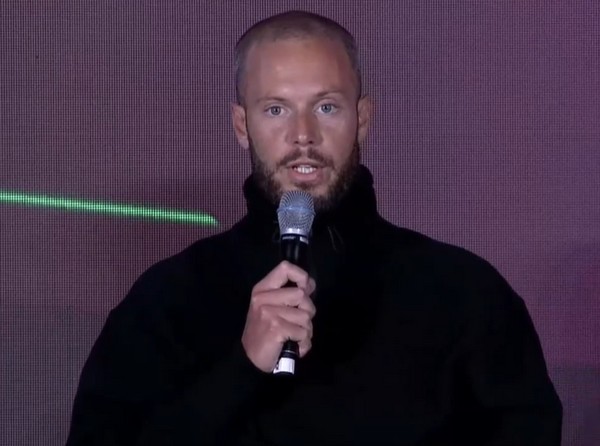 As he continued, Gilles affirmed that the many different aspects of vertical farming, like agronomy, technology, human resources, and financial modeling, don't have existing benchmarks in Europe yet. That's because there aren't many profitable organizations thus far, even on a large scale.

Gilles believes that the best way to secure funding is time. Having a mix of financing for your operations is the best way. Jungle has a mix of VC money and investment funds to secure its funding. Educating the funding parties helps them to better understand the correlating between everything happening with renewable energy, prices going down, efficacy, energy consumption, and so on.

By constantly educating financial wings, it now allowed the company to have its finances split accordingly; ⅓ is debt, ⅓ is debt at banks, and ⅓ comes from aid of the French state. "Therefore, there are many challenges to overcome up until you're able to raise money."

'More realistic landscape'
Adding onto that, Dirk Aleven, CEO of FoodVentures, found it quite remarkable to see a tremendous amount of money has been invested in so-called 'ag solutions.'

"I think we're going to see a more realistic investment landscape here. I wonder what will happen once the VCs and investors just a little money will stick. The agricultural environment needs to be realistic as we're not going to crack the food code that is going to feed us. Farming is a hard job and primarily done b the farmer itself. Therefore, we must technologies we're developing must support the farmers producing affordable food."

Assisting the transition from traditional- to indoor ag
Yong Park, CMO of Farm 8 and PlantT Farm, noted that his company has always used its own and government funds but also works with small-, medium, and large-sized companies for that. If they want to convert from traditional to indoor farming, Farm8 builds a farm, educates them on transitioning to indoors, and eventually buys their produce.

"That's how we're expanding, but overseas it's completely different. However, we want to partner with suppliers and distributors that disperse vegetables, allowing us to divide our funding and collaborate with local governments." 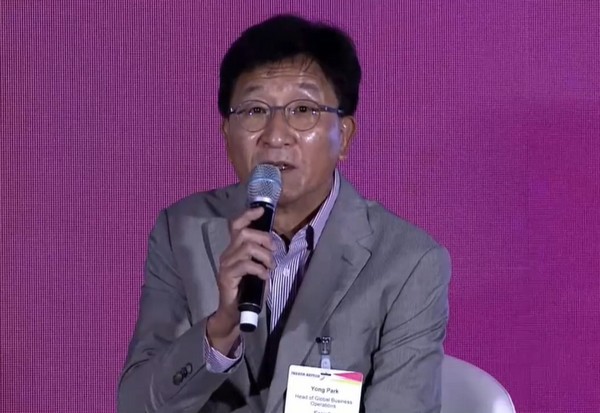 No place for improvement
However, it's not that common to have high-quality produce lined up in supermarkets. On the contrary, in Latin America, there are two types of farmers that either farm for the export market or for the local market. Cristián Sjogren, CEO of AgroUrbana, pointed out that larger-sized operations are focused on the export market. Whereas the smaller-sized farmers have to fill the demand of the local market. These farmers often don't have access to financing and have small acres to meet that huge demand.

"Farmers only get 15-20% of the value of the product that's sold in supermarkets. However, unfortunately, they don't have access to financing and improving their technologies." That brings us to Agtech, which covers only 5% of the market supply. Cristián spoke of the challenges for CEA in Chile, which according to him, are very hard as they're in a competitive market. CEA competes with cheap labor, a 'perfect Mediterranean' climate, and an informal market, meaning that only 20% of households purchase its produce in-store. 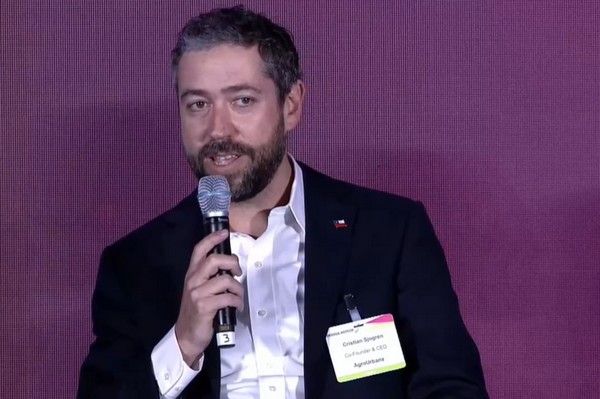 Opportunities for CEA in Chile
"In order to build an operation that requires scale as a greenhouse or vertical farm, you need a good position in the market first. That's needed to secure and manage distribution to sell to the retail and food service industry that will pay and value your product. Some have achieved that yet, but we see many more opportunities for CEA," said Cristián.

First of all, is the growing water scarcity that Chile has been battling for the last decade. Besides that, the climate is warming up 20% faster (as Cristián claimed), and the overall vegetable consumption is below 50%. Then, there's the huge urbanization in cities, where most demand comes from for sustainable and local produce. Cristián expects to see rapid growth in vegetable consumption in urban areas. 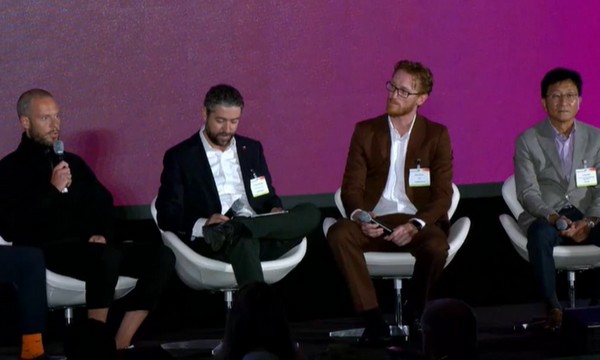 Gilles agreed with Cristián by elaborating on the consumer side of things. According to him, consumers of vertical farming in France are all about what the retailers say. "Going back 30 years ago, the first farmers wanted to introduce the organic label. Nobody wanted to consume it at first, but today it's the base. There's a lack of knowledge in how the crops are grown, which means that we have to educate them."

Creating premium markets anywhere
As Yong picked Mongolia to explain his statement, he started with the fact that the market has a very limited offer in greens. Farm8 has recently introduced leafy greens into the country, allowing to change the customer perspective on greens in a local market.