France: user and enhancer of e-Gro

This young tomato producer from Brittany has chosen to prioritize taste quality, with an adapted varietal orientation and high conductivity levels. For each of his varieties, he must define the best balance between generative and vegetative, so crop monitoring is essential for him. 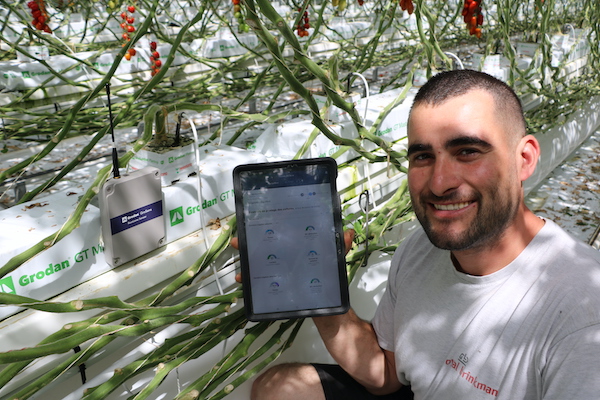 In 2020, Jordan Hascoet took over the work of his parents, who created their farm in 1989 by building the first greenhouses in Cléder (Finistère department). They gradually specialized in the production of tomatoes and strawberries, alongside Prince de Bretagne for marketing. Jordan has always helped on the farm. In 2012, he started working as an employee and two years ago, he finally took over the management of the farm. Today, the company has 4.5 hectares of greenhouses, including 3.3 hectares for tomato crops. The rest is mostly used for the production of strawberries, as well as some diversification crops (raspberry, tiny peppers…). His strawberry production has decreased significantly due to the high labor requirements of this production. 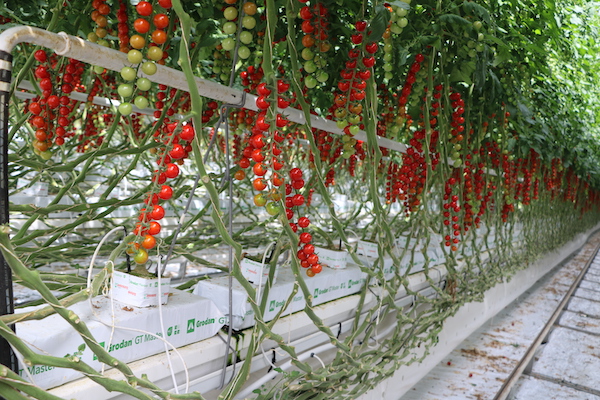 High conductivity levels
The production choices of Jordan Hascoet have evolved over the years, with a very clear shift towards taste quality, thanks to an adapted varietal orientation and cultivation practices that favor high conductivity levels. These choices have also led him to change his commercial strategy and to go from cooperative member to independent producer. “Being independent gives me more freedom in my strategic choices and a more consequent valorization,” explains Jordan Hascoet. The marketing of the production is now entrusted to a shipper who sells under the brand Saveurs du Bout du Monde, and/or under the producer brand Le 13. 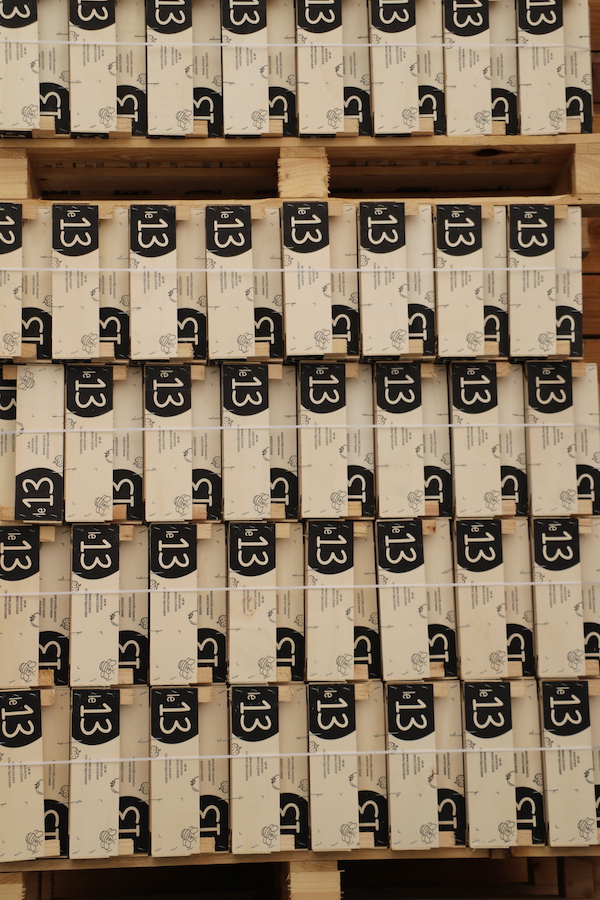 For his tomato crops, Jordan Hascoet has long chosen rock wool. “Cultivating on coco substrate causes too many irregularities and you have to deal with too many unknowns. With rockwool substrates, we can be sure to start each year on the same basis,” argues the farmer, who has been working for several years with 10 cm high GT Master blocks. “From the beginning, my goal is to increase the conductivity level, knowing that I always receive two types of plants, from two different nurserymen: Beekenkamp and Technosem. The former uses sub-irrigation and offers plants with a high conductivity level. The latter uses traditional irrigation methods and delivers cubes with a lower conductivity level. Everything must be harmonized at planting time. But it is also necessary to reduce the watering and dry the blocks in order to obtain the desired level of conductivity, with the difficulty of correctly re-humidifying the substrate later. The GT Master block and a rigorous follow-up with GroSens sensors allow me to reach my objectives,” explains Jordan Hascoet. 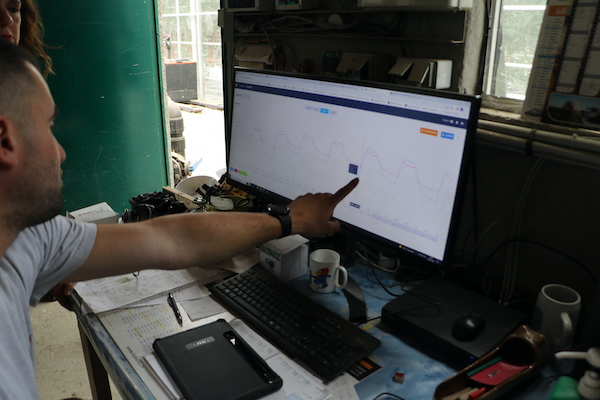 Adapting e-Gro to his farm
Hascoet works with a Hortimax climate computer and a network of older and newer GroSens sensors. Given his interest in the follow-up and analysis of the data registered in his greenhouses, he has been working actively and constructively to improve the e-Gro software platform. To do so, he is in very regular contact with our technical teams. On his farm, he is especially interested in monitoring the balance of the plants and he appreciates being able to manage each variety, easily identifiable on the software's dashboard. What matters for him is to be able to follow the evolution of the data. “For each variety, you have to set the cursor that defines the right balance between generative and vegetative. You have to adapt e-Gro to the profile of your farm, especially for farmers like me who work with a lot of different varieties. One of the main advantages of the GroSens sensors measuring the conductivity levels in the substrate is that they provide you with the right indications to prepare the first irrigations in the morning, almost a day before the data from the drainage system would indicate it.”