Gooseberries are not widely grown in Scotland, but one grower based just outside Cupar grows 10 varieties across 5 acres.

Euan Cameron at Pittormie Fruit Farm grows a variety of niche fruits on the farm, as well as traditional vegetables. The fruits include strawberries, blackcurrants, redcurrants, Tayberries, loganberries, blueberries, and brambles.

"Every year is different for our gooseberry production, and demand is also a bit unpredictable. We used to grow 20 acres of gooseberries, most of which were sent to a canning factory, but since that closed, demand has dropped. We now supply both retail and wholesale as well as customers at our farm shop," said Euan. 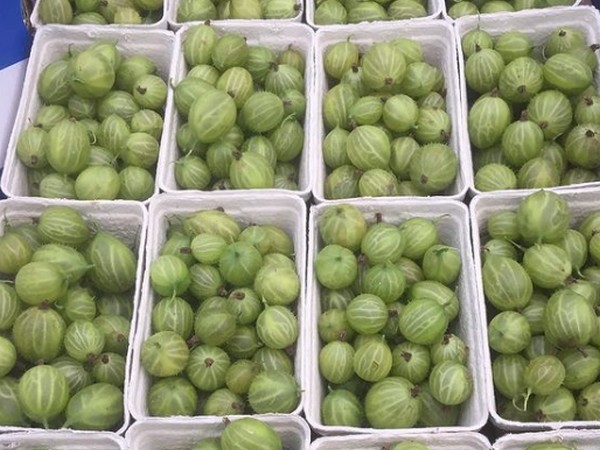 "The Scottish season runs from late June until mid-August. We are later than the English season, which means we can supply when the English gooseberries are finished. We are a small-scale grower, so we don't try to compete with the bigger soft fruit growers and concentrate on the niche products."

Labour is also a constraint on production, although there are enough pickers to harvest the fruit, Euan has started growing more veg in recent years, which they can harvest themselves.

"When fruit is ripe, it has to be picked right away, and gooseberries especially are not easy to pick, but vegetables can be harvested over a longer period of time."

For some products, such as redcurrants, there is competition from Dutch imports, but Euan supplies Mark Murphy/ Total Produce, who always take Scottish produce when available.