"In general, we see growth potential in the organic, lunchbox and vegan food sectors"

The Corona pandemic is known to have hit the out-of-home market, and convenience in particular, hard. In the meantime, the markets have recovered to some extent, but the procurement of raw materials has been extremely difficult. Despite this, the longer-term developments in the convenience sector are particularly positive, according to the Eisberg Group, which has locations in Austria, Switzerland, Hungary, Romania, and Poland.

As a result of restaurant closures in numerous European countries, the foodservice market segment suffered a sharp drop in sales during the two years of the pandemic. In food retail, the convenience category recovered after a rapid decline following the outbreak, he said, and in some countries, sales were up like never before. "In Romania, a market growth of 20% was recorded in 2020, and again by 18% in the following year compared to the previous year's level. The same applies to Poland, where in the category of "fresh salads" in the first quarter of this year, a volume increase of 6 percent was achieved compared to Q1 of the previous year," the Eisberg Group management reports. 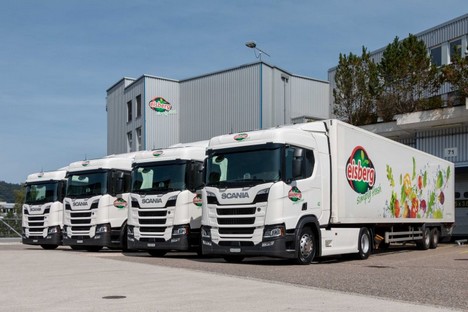 Rising inflation rate and buying restraint
In general, people cooked much more at home during the pandemic,  which was reflected in the consumption. In Switzerland, the takeaway convenience segment for in-between consumption, such as salad bowls and shakes, declined sharply. "However, from October 2020, retail sales have recovered strongly, which is clearly due to the gastronomy closures." At the moment, he said, the war in Ukraine is having a noticeable impact on markets, especially in Central and Eastern Europe. "In Hungary, we have a current inflation rate of some  10.7 percent, and the exchange rates of the Hungarian forint have already dropped by 9 percent. Regardless of the war, Eisberg Hungary finds it very difficult to get new employees, especially in the production segment."

Further complicating the situation are skyrocketing costs, such as in raw material procurement (10-35 percent) and logistics (40 percent). On the sales side, the effects are also being felt in some markets, according to Eisberg. "Consumers in Romania, for example, are very unsettled in the wake of the current adversity and are paying more attention to their spending, which is having a corresponding impact on consumption and sales in the food sector."

In Hungary, too, the convenience range is being steadily expanded. Among the latest products are such things as; Portioned Salads, Brave Salad (FreshPlaza reported), and Salad of the Country (with ingredients selected by consumers).

Saving energy and resources
As a pioneer and internationally active supplier of novel convenience concepts, Eisberg has taken up the cause of 'sustainable packaging.' "Where product protection allows, packaging material is actively reduced. In addition, a clear focus is placed on the recyclability of the packaging. Raw materials should be kept in closed cycles wherever possible. This saves energy and resources during production. Many of the materials used are already highly recyclable. However, due to different requirements for collection systems, not just within the EU, but even regionally, a practical and effective design for recycling can often only be implemented to a limited extent," the Eisberg Group comments.

For successful harmonization in this respect, Eisberg consistently follows the guidelines of the EU Circular Economy Package and recommendations from experts to make packaging future-proof. "This includes, among other things, separability and clear allocation into existing sorting streams. It must be clear to consumers how packaging is to be disposed of. In addition, where it makes sense, plastic from fossil raw materials will be replaced by alternative materials or fiber-based raw materials. These decisions are made using science-based methodology, such as life cycle analysis. The use of reusable systems will also certainly become more important again in the future," they explain. 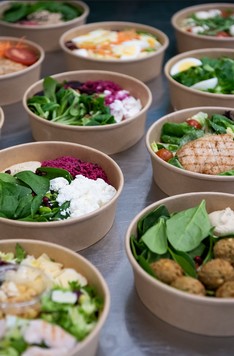 Ultra-fresh salad bowls on the rise
"In general, we see growth potential in the areas of organic, lunch boxes, and vegan food. In Switzerland, for example, we are already on the way to exploiting this potential accordingly by offering ultra-fresh salad bowls that meet the requirements of the modern consumer. This is because these bowls are made in the morning, sold at the POS at lunchtime, and they will already be consumed by the evening.