It was announced this morning that the Horticoop investment cooperative is investing in its Horticoop Technical Services technology business and welcomes new co-workers from Codema irrigatie & elektrotechniek of Bergschenhoek and Venlo, which was declared the May declared bankrupt. Tom Zwijsen, manager of Horticoop Technical Services: 'By virtue of this staff expansion, we are acquiring a host of technical specialists, enabling us to serve both our existing and new customers better. In addition to national coverage, the supplementing of the existing establishments in Bleiswijk and Klazienaveen with Venlo will also ensure access to the German, Austrian and Swiss markets.' 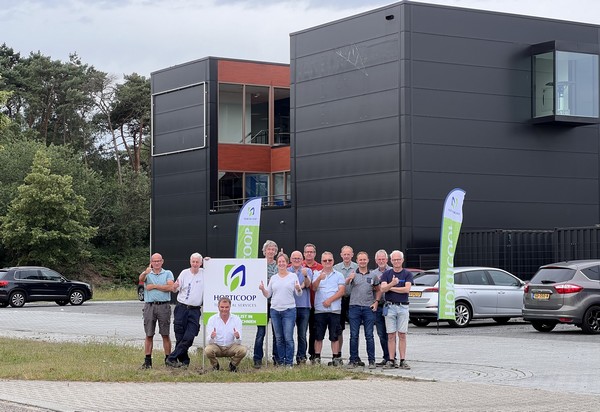 It was previously announced that Kubo and Martin Stolze (for conveyor belts) are also taking over activities from the former Codema.

Martin Stolze Group has acquired the assets of the Wevab division, including intellectual property, from Codema Systems. "We are very pleased with the acquisition of the Wevab assets, the associated people, and the Wevab brand" says Richard van de Waart, Commercial Director at Martin Stolze Group. "It enables us to grow in both The Netherlands and abroad". Wevab customers will be informed about the integrated product portfolio shortly. Parts and products are already available.

Relaunch
Trustee Carl Hamm of Borsboom & Hamm Advocaten from Rotterdam has informed many Codema customers of the news. It concerns clients who have unfinished contracts with Codema.

All business units of Codema have been placed with restarters, says the curator. "There is no 'business' left behind. There is only some stuff left, IT systems that need to be phased out, administration and loose ends that need to be sorted out at the sites."

Bankruptcy report
The trustee is in the process of providing the buying parties with the information they need to move forward. All that will be completed within a few weeks, after which "everything will enter the purely administrative phase." With that, the trustee is referring to the investigation into the cause of the bankruptcy, the checking of submitted claims, and the investigation where proceeds can still be realized for the creditors.

A first bankruptcy report will follow. The report has been delayed by two weeks in order to also be able to process the last transaction with Horticoop, which was not yet completed at that time, 'so that in one go, as complete a picture as possible is given for everyone, leaving as few questions as possible.' At the beginning of June, the trustee already announced that he was still looking for a buyer for the irrigation activities, despite the fact that the first few candidates had dropped out.

Everything is running efficiently, and by the book, the trustee foresees 'no major obstacles anymore.' "Only the winding down and securing the IT is a complex, extensive and expensive operation that requires a lot of attention at this stage."

Mr. C.F.W.A. Hamm of Borsboom & Hamm Advocaten in Rotterdam has been appointed trustee. The bankruptcy of Codema Systems Group B.V. has been registered under number 10.rot.22.91.F.1300.1.22. Bankruptcy has also been declared in respect of Codema EMEA B.V. and Codema Nederland B.V..