Supplies of bell peppers are transitioning growing regions in California.

In the state, growing is moving from the Coachella region in southern California to Bakersfield in central California. “So supplies on green bell peppers are opening up,” says Garret Powell of Peter Rabbit Farms in Coachella. 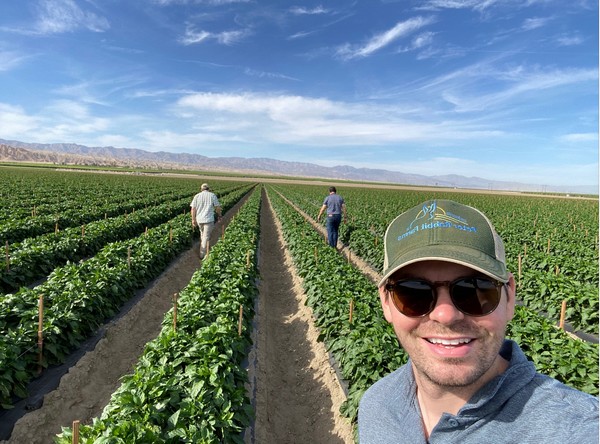 He notes that overall there is less supply than last year at this time. “It’s just based on the inflationary cost environment. Everyone looked at their numbers and saw costs were increasing and maybe planted less. But there will still be plenty of supply for green bell peppers coming up for the next 1.5 months out,” he says. In addition, Peter Rabbit Farms is also in the second year of marketing green peppers under the Blue Jay label out of Johnston Farms in Bakersfield.

Along with California, Powell notes that Georgia also has strong production of green bell peppers currently. “And in red bell peppers, there are hot houses in Mexico and Canada that are going, as well as Coachella field-grown,” he says, adding that Coachella will be slowing on red peppers and likely finish up July 4th.

The status of imports
Notably, while U.S. imports of Mexican peppers have increased in recent years, in the first quarter of 2022, the Department of Commerce reports they decreased by 8.5 percent compared to last year. Powell says that there are inconsistent reports of Mexican supplies of peppers, where one day word is that shippers are done while the next day some loads continue to cross into the U.S.

“Overall, the three main factors that affected the market: the weather on the East Coast and in the South, weather in California--we had some major wind on red and green bell peppers--and the increase in inflationary and labor costs, which have motivated shippers to get the highest price for their product,” he says. “We saw some elevated markets on both colors for some time. Demand exceeded supply.” 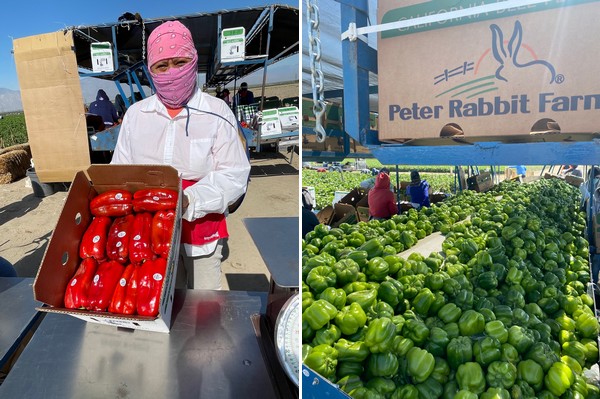 Powell says pricing will adjust on bell peppers as new supplies come on.

Now though, Powell says pricing will adjust as new supplies come on. “Up to this point, prices were strong, and I don’t foresee it bottoming out like it did last year. It’s been a good year for both red and green bell peppers,” he says. “Looking ahead, Georgia has the freight advantage on the East coast. As long as they’re still producing and if their market stabilizes on that end of the country, we’ll have more than enough peppers to cover the west of the U.S.”

While Bakersfield supplies will go until about July 15th, after that, growing moves to Oxnard, California, and other coastal regions, where it will stay until mid-October. Then it returns to Coachella on both green and red peppers.