Priva hosted an event for various ambassadors and representatives

Last Thursday, June 9, Priva hosted a special event for various ambassadors and representatives from Middle Eastern embassies to the Kingdom of the Netherlands. 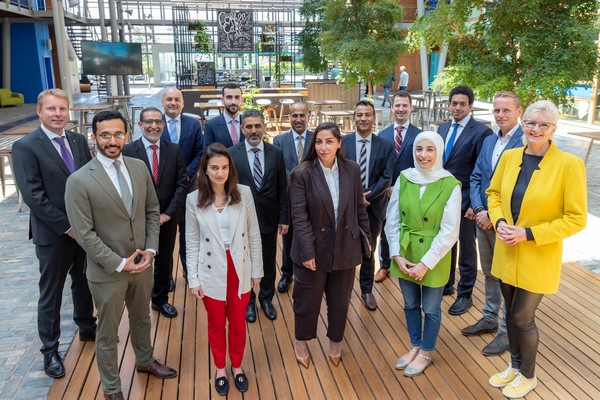 In a traditional 'majlis' setting and after the welcoming keynote by Mrs. Prins, Giovanni and his colleagues Dennis Louwe, Edgar Konijnendijk, and Jorrit Budding gave presentations on Priva's roadmap to create a sustainable food security system in the Middle East. The system includes Priva's collaboration with knowledge institutes, indoor growing, control solutions for horticulture, and the implementation of sustainable water irrigation products. The three-hour meeting led to an interactive discussion and was concluded with a nice lunch offered by the Priva chef.