"Always looking for ways to showcase eggplants to the general public"

In May, Purple Pride presented its own eggplant shawarma. The brand from Growers United, originally a growers association focused on growing eggplants, aims to capitalize on the rising popularity of vegan products and market the eggplant as a convenience product.

"In 2017, one in five people ate eggplant in the Netherlands, and today that's one in three," said Jurre Schottelndreier and Rob Mulder of Purple Pride. "That's a serious growth in consumption. Of course, this is partly due to eggplant having much potential for growth. Tomatoes and peppers, for example, have a much greater market presence. However, shoppers often avoid eggplants because they don't really know how to use or prepare them."

That's why Purple Pride is focusing on inspiring shoppers. "The growth shows that about 5 million people do eat eggplant, but that means there are still 12 million people to be added. Our motto is 'Eggplant on everyone's weekly menu,' and there are many things you can do to make this happen." 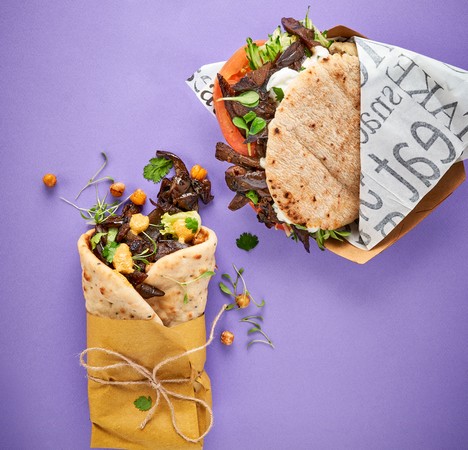 Ease of use
Harnessing this potential can be achieved in several ways. "The most important thing is to inspire the consumer and show them the versatility of eggplants. Convenience plays an important role here. For eggplant, for example, pre-store inspiration is extremely important," says Jurre. "Market research (GFK) among shoppers in various countries shows that many people do not buy eggplant because they do not know what to prepare with it, so they play it safe with other vegetables, such as zucchini, peppers, or tomatoes. They put these in their basket and later decide what to do with them. However, consumers only buy eggplant when they know what they want to make with it. And this is precisely where the growth potential of eggplant lies."

"The rise of meal boxes or packages is a good illustration of this," explains Rob. "This is a fantastic way to get people to use eggplant. You get a recipe, and everything is figured out for you. This way, you can inspire consumers through recipes. In Sweden, for example, we are also working with QR codes on every eggplant, which links to recipes that perfectly explain everything you need. It works similarly with our eggplant shawarma. It's a convenience product because it's already been seasoned, and you only need to fry it."

Foodservice
"With the eggplant shawarma, we are now focusing to a greater extent on the food service. It is a strategic choice to get eggplants on everyone's weekly menu," says Jurre. "When a chef puts a really nice dish with eggplant on their menu, people think, 'Can I make this myself?' That's one of the instances where you have the chance to reach people. Because of the meaty texture of eggplant, the product is ideal for use in vega(n) dishes. Since the product is rich in fibers, it is also very healthy. That's why we sometimes say: all the lights are green for eggplant."

Purple Pride was founded in 1996 when three family businesses, Gebr. Van Duijn, Aubergine Nursery De Jong, and Greenbrothers decided to set up a growers' association. Now, 26 years later, the association still has the same members and runs five cultivation locations that produce over 30 million kilos of eggplants a year. The Purple Pride growers' association has 55 hectares devoted to eggplant production and accounts for over 50% of the total Dutch production, which makes it the market leader in the Netherlands," says Rob.

Despite the fact that last year was not a fantastic year for eggplants, the association was still able to expand by another 5 hectares. "Scaling up is helping make our greenhouses more sustainable, which ensures a better market position. A lesser year then has few major consequences when you see eggplant achieving constant growth in terms of consumption and market penetration. The long-term potential is definitely there." 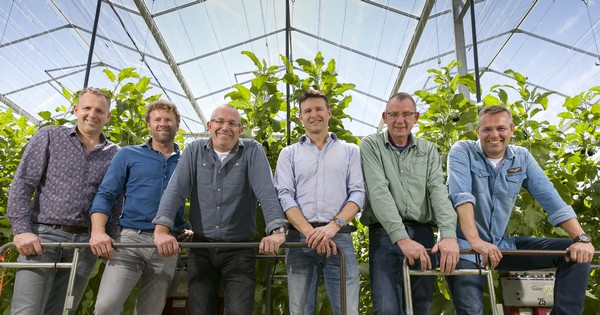 Specialties
In addition to the traditional purple eggplant, Purple Pride also markets the (mini) graffiti and nasu eggplants. "Traditional eggplant is still quite exotic for many consumers, so this applies entirely to our specialties. Yet you can see that the increase in the consumption of purple eggplants is also having an impact on that of the graffiti, for example. Once they have cooked with them a couple of times, they decide to try other varieties, as well. In percentage terms, the demand for graffiti eggplant is growing as quickly as that of the traditional, but the total figures are, of course, a little lower."

However, according to Rob, the rise in the popularity of mini-vegetables does not fully apply to eggplant. "You see cherry tomatoes and mini cucumbers being consumed as snacks, but you can't eat the mini-graffiti raw. Then again, they are highly suitable for the catering industry."

Looking to the future, eggplant cultivation remains Purple Pride's main focus. "Given our entrepreneurial spirit, we are always looking for means to showcase eggplants to the general public. The whole process of the shawarma was a very interesting one to experience. How the whole process came about has also been a lot of fun for our growers; testing recipes, tasting, and adjusting. In the end, we came up with an end product that we are really proud of. There are still more ideas like that on the works. In the end, however, our goal will always be to promote our main product: eggplants."