However, a decrease in fresh vegetables and fruit exports from the Netherlands to Saudi Arabia (-16,4%) occurred. This development is aligned with both the Netherlands' and Saudi Arabia's government policies. On the one hand, the Saudi government aims to improve its food security by stimulating local production, for which machinery and knowledge are required. This explains the drop in the export of fresh produce, as well as the surge in the export of agriculture & food industry machinery.

On the other hand, the Dutch policy has shifted from being one of the biggest exporters of agricultural products in the world to focusing on the export of knowledge and technology. The role that the Netherlands nowadays aims to take up is to support countries in securing their domestic food production. 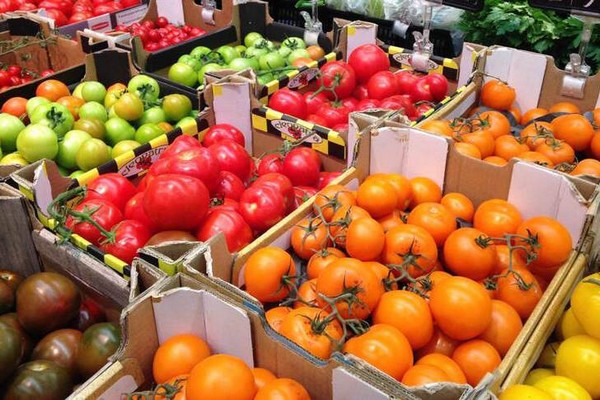 As mentioned before, the export of agriculture & food machinery has increased drastically, especially machinery used for food preparation or manufacturing and agriculture & horticulture equipment.

Dutch agri-food trade to the UAE recovered from the consequences of the pandemic
The agri-food export to the UAE was worth €577,8 million in 2021: an increase of 5%. That is an impressive growth, keeping in mind that in the prior year, this export dropped by -9,6%. As the export in the years before that was growing continuously, this drop was directly linked to the consequences of the pandemic. In 2021 the UAE restored its agri-food trade in line with the government's Food Security Strategy 2051. Part of that strategy is to enable sustainable food production through the use of modern technologies, which explains the surge of all kinds of agriculture equipment from the Netherlands to the UAE.

Saudi Arabia is working towards becoming the region's biggest and most important international transport hub – a role that has always been fulfilled by friendly neighbor UAE. A couple of years after the launch of the Saudi Vision 2030, its implementation is visible in a wide variety of sectors: Saudi Arabia has witnessed and undergone societal changes and numerous economic developments. The Saudi economy is being redesigned to become oil-independent in the long term.

Saudi Arabia is upscaling exports of national products
The import of agri-food products from the Gulf Region to the Netherlands significantly increased in 2021 with a total value of €95,2 million (+18%). It's worth mentioning that this amount seems to increase even more, as Q1 of the year 2022 already totals €86,8 million, which by itself equals 90% of the total import of the whole previous year.

The increased agri-food import primarily carries this regional increase from the Kingdom of Saudi Arabia to the Netherlands (+31,2% in 2021). This increase can be explained by Saudi Arabia's aim to diversify its economy through the rise in the export of national products. A prominent example of this is the rise of the import of Saudi dates with 56,3%. Although this drastic increase set off in 2020 already, the Saudi government launched the so-called Made in the Saudi campaign in March 2021. This initiative led by the Saudi Export Development Authority aims to promote national products, such as dates, on domestic and international markets.