Further fueling promise to close the gaps on good nutrition

over 4.0 million people are facing hunger – 1.2 million of those are children. Committed to providing access to sustainable nutrition for 1 billion people by 2025, Dole Sunshine Company announced its participation in Walmart and Sam's Club's Fight Hunger. Spark Change. Campaign. in LA County.

For every Dole Fruit Bowls® Cherry Mixed Fruit purchased in store or online at Walmart.com or SamsClub.com, Dole will donate the monetary equivalent ($0.10) of one meal to Feeding America® and its local network of food banks. Based on sales to date, over 1,500,000 meals will be provided to families in need. 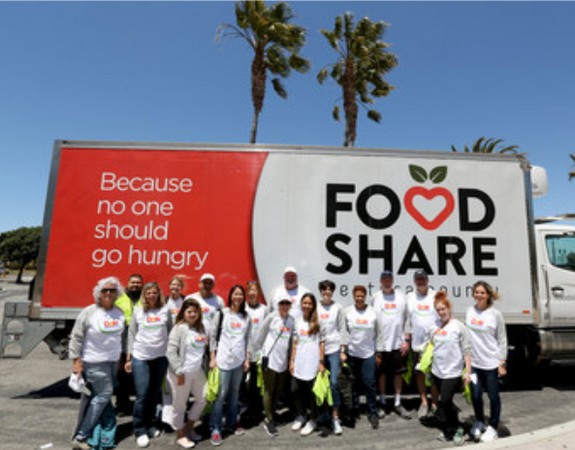 Now in its ninth year, the Fight Hunger. Spark Change. Campaign. has been a way for Walmart and Sam's Club to partner with suppliers, customers, and members to help provide food to people in need. To date, the campaign has helped to secure more than 1 billion meals* for local food banks across the country.

"It's our ongoing commitment to increase access to better nutrition for all, and we value Walmart and Sam's Club's ongoing work in this area," said Orzse Hodi, SVP and Managing Director of Dole Packaged Foods, LLC. "With this campaign, we're able to support more families in need in Los Angeles, as well as offer an opportunity for our local team members to get involved and support on the ground. We're thrilled to join this network of businesses doing good through the 'Fight Hunger. Spark Change' campaign."

This month, Dole hosted an employee giveback day as part of the campaign in Oxnard, California, benefiting Feeding America. The local event resulted in the donation of 1,400 emergency food boxes, supporting almost 800 households and 4,154 individuals in the Southern California area. These actions support Dole's ongoing efforts tied to the Dole Promise and the next iteration of Dole's Malnutrition Labels campaign, inspired by the trusted and universally known nutrition label and designed to spark conversation and action around these imperative issues. Dole's Malnutrition Labels were first introduced in a series of larger-than-life projections meant to call attention to alarming nutritional issues.

Then, Malnutrition Labels: Food Waste helped to transform the symbol of waste into a valuable tool supporting waste reduction and fighting hunger. The campaign will be supported by paid digital, content, and social and is just one of many activations being led by the brand as they bring "The Dole Promise" to life.