AbbGrowers' Fred Douven is optimistic about the European blueberry season

“Blueberries are doing well,” says Fred Douven, CEO of abbGrowers. This Dutch company’s activities include cultivating, marketing, and processing blueberries. In early April, crops in central and northern Europe had to endure night frosts. “That caused some damage in Eastern Europe, but things still look pretty good for us.” 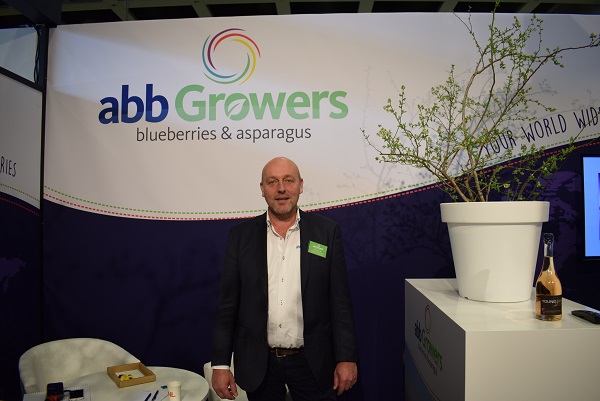 Fred is, therefore, optimistic about the upcoming European blueberry season. “The flowers are in full bloom, and you can see the first settlement.” The CEO expects the harvest timing to be as normal. “It’s been nice weather, but it won’t be an extremely early year. Production is at a very normal time,” Fred says.

Ukrainian growers trying to get started
Besides its farms in the Netherlands, growers from countries like Spain and Serbia are affiliated with abbGrowers too. This blueberry marketing company is also busy with a project in Ukraine. Fred says although communication with the Ukrainian blueberry federation has been difficult due to the circumstances, he hears that the Ukrainian blueberry sector is trying to keep going. “Growers are courageously trying to get started; a little against their better judgment.” 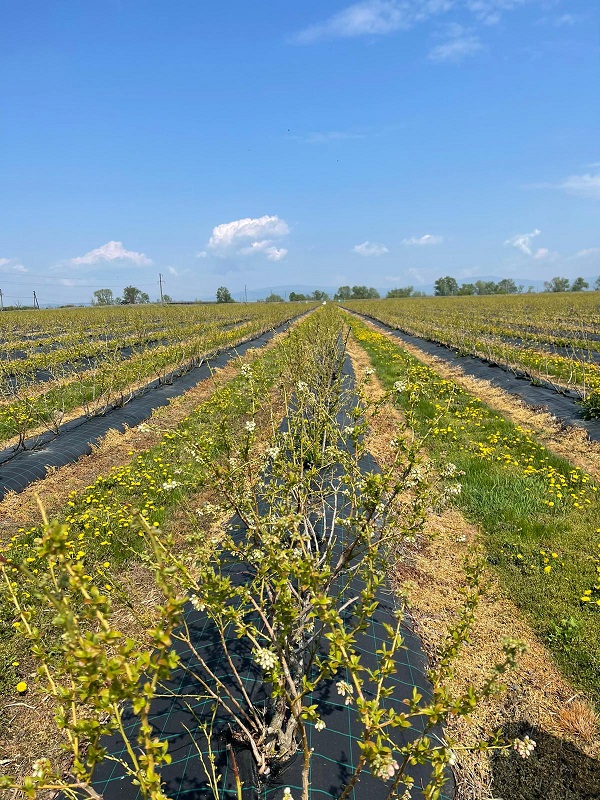 He says there is plenty of fertilizer, but not for the entire growing season. “There’s much uncertainty, with harvesting being the biggest concern.” One Ukrainian grower told Fred tanks destroyed their plantings. There are many farms in the areas where the Russians are withdrawing. But, according to Douven, that does not mean nothing is happening and that it is safe there.

LLC Blueberry is an addGrowers affiliated grower in Ukraine. This farm’s favorable location south of Lviv between the Hungarian border and the Carpathian Mountains is shielded from the rest of the country by the mountain range. Fred says cultivation there has started as usual. “Fortunately, we sent all the materials needed there last year,” he explains. The CEO visited the area in early May. 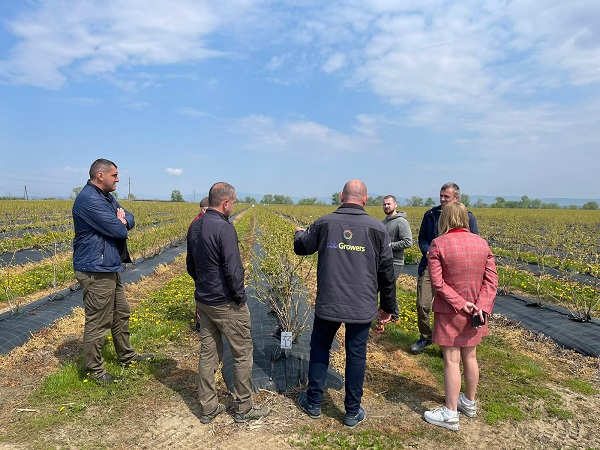 He advised the grower, arranged transportation, and made long-term arrangements and preparations for export. Fred reflects on a surreal experience and describes his visit to Ukraine as extraordinary because of the regularly sounding air alarms. “There’s very evidently a war going on. But people just want to get on with it, especially in the relatively quiet west and central parts of the country.”

Import and export
In Ukraine, imports are very limited, says Fred. Only government-approved goods are currently allowed in. That is in an effort to prevent money from leaving the country. “At present, that excludes blueberries. Discussions with the government to include them on the import list are underway,” he continues. Exports, on the other hand, are not restricted.

For example, Fred saw a corn and soybean grower who had built a silo complex to directly fill train cars destined for export to Europe. He says there is plenty of food in Ukraine. “The shortages are only because of the chronic gasoline and diesel shortage. Trucks simply can’t run, and stores can’t be stocked.”

Sekoya project
Before the war broke out, there was a project for planting blueberries from the Sekoya breeding program in the works. However, the conflict put a stop to the plant delivery for this project. Nevertheless, abbGrowers and the Ukrainian growers involved are making every effort to get this project off the ground. 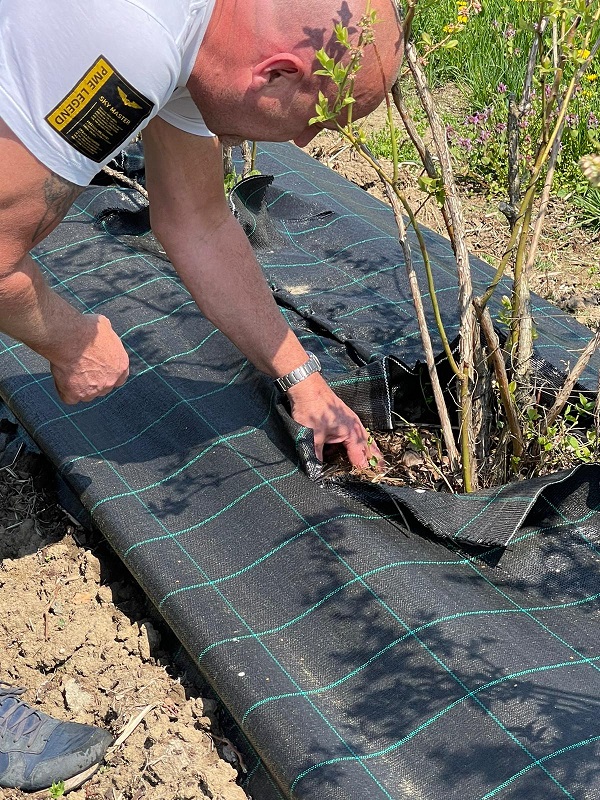 “All the contracts are signed. The almost 100,000 plants are still in the Netherlands, in containers on a hectare of land. That way, as soon as it’s possible, we can plant in Ukraine.” Fred says that should be in the fall. “We’re going to try to get the plants there in the fall; otherwise, in the spring of 2023.”

Step by step
Douven says that though Ukrainian blueberry growers appreciate the help, they have long-term needs too. He is concerned about the future and expects farmers will need help with long-term reconstruction. Still, Fred remains hopeful that a moment of calm in the war will provide an opening to talk. Were this to lead to a ceasefire, Fred thinks it will be at least another year until the right person holds the right position and any business can be done. 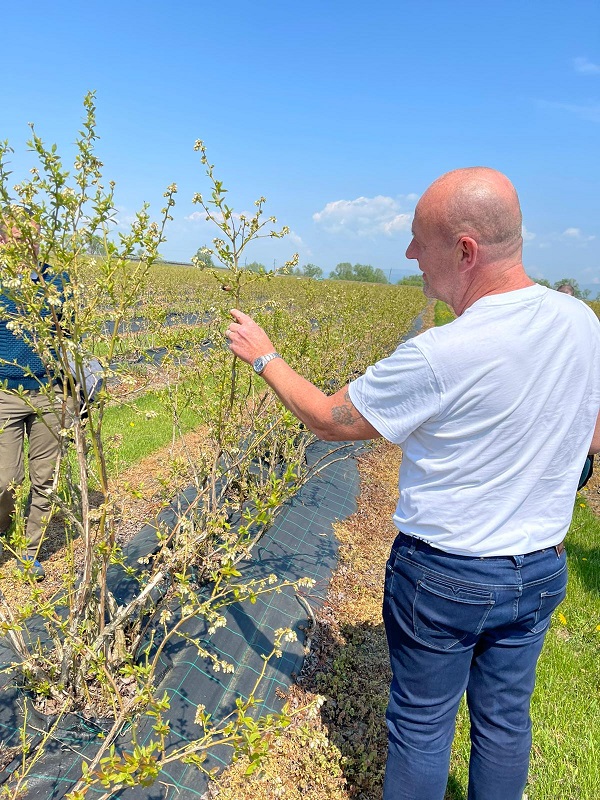 He thinks progress will be gradual. “We shouldn’t try to reach the end goal all at once. It will have to be done step by step.” That is why, despite the uncertainty, abbGrowers has taken steps for the current growing season for its Ukrainian growers. It considers it vital to offer at least a glimmer of hope. “We’ve organized things so, should there a crop, there’s transportation, and the volumes are in a sales program. That’s to make sure the farm gets going. First, let’s get through 2022 and try to get the growers back on track,” Fred concludes.