The first sugar snap peas of this year's season were harvested at the Haap vegetable farm just under two weeks ago. "This year, we have been able to start the sugar snap pea season a little earlier than usual. Demand and supply are quite balanced. Freshness and quality make us stand out well from imported goods. However, in terms of price, we cannot keep up due to increased production costs. Nevertheless, the demand for regional products is still high," owner Ronja Haap tells us.

The regional sugar snap peas are marketed both via the company's own sales stand at the Stuttgart wholesale market and in the farm store. The first attempts at sugar snap pea cultivation took place about five years ago, according to Ms. Haap. "It is still a niche product and not very common in the vegetable sector. The small amount harvested per plant requires a lot of manual labor and time, so growing it usually involves high labor and production costs." 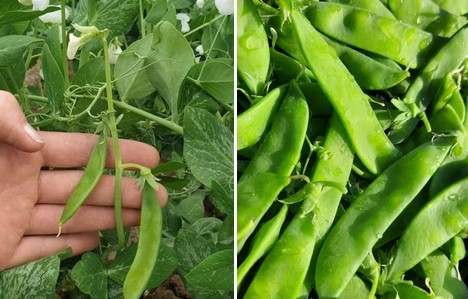 Greater appreciation for regional products
In addition, the 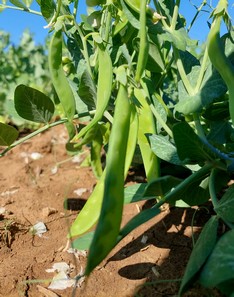 harvest window, as well as the marketing window for domestic sugar snap peas, is relatively short, according to Haap. "This means one has to pick the right time to harvest, otherwise, the sugar snap peas will not be marketable very quickly. In my estimation, however, demand for regional legumes will continue to trend upward in the future. This is because we are noticing that the population is currently rethinking its attitude and that regionally produced food is finally being given a higher status and appreciation," says the vegetable producer.

The Haap vegetable farm produces around 30 different vegetable crops and is dedicated to some niche products, such as Brussels sprouts. Haap says, "We are always open to new things. That's why we're always testing whether growing non-native crops - such as watermelons, kalettes, and edamame - is also possible in our region. However, we produce our vegetables outdoors and are accordingly exposed to weather extremes - whether prolonged heat or heavy rain and hail."