Greenhouse goes up in East Boston

Eastie Farm, which sprouted up in 2015, is made up of seven small plots of land sandwiched between buildings and behind billboards around East Boston. The neighborhood has a high percentage of immigrants in Boston and a median household income below the rest of the city.

It's also the Boston neighborhood with the farthest average distance to a grocery store. The farm helped feed people during the pandemic, and today, it supplies 200 produce boxes a month to elderly people living in public housing. The farm's food relief work was so successful it inspired food justice legislation that's working its way through the state Legislature. 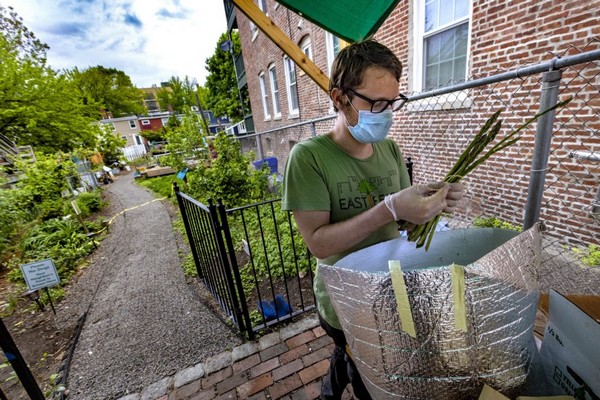 But farm director Kannan Thiruvengadam acknowledged that his tiny farm can only make a small dent in the neighborhood's food insecurity. "We do not grow enough food to feed even a block of East Boston, probably," he said. But he's got another mission: connecting people to where their food comes from. Thiruvengadam calls Eastie Farm "a seed" that plants an understanding of food and climate in residents through activities like inviting kids from neighborhood schools to plant and grow food. For him, there's magic in a child pulling a carrot from the ground and realizing with a shock that vegetables grow in dirt.

The greenhouse will also be a climate solution, diverting rain to irrigate plants and help prevent flooding in the neighborhood. It will use green electricity through the City of Boston Community Choice Energy program and be heated and cooled with geothermal wells sunk 455 feet into the ground. 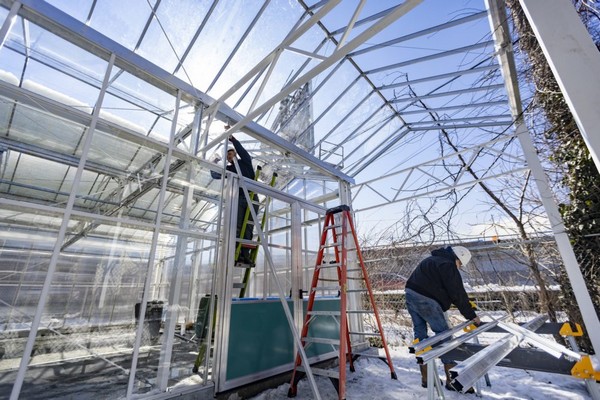 Workers build the frame of the greenhouse at Eastie Farm. (Jesse Costa/WBUR)

Unable to find the greenhouse they wanted in the U.S., the farm ordered one from Holland. It now sits next to a highway near the entrance to the Sumner Tunnel, behind two billboards. It will get just enough sunlight to grow food in the winter. It'll take a few months to get the greenhouse up and running; Thiruvengadam said he expects it to open to the public in early fall.