The exhibition fair on gardening and horticulture took place in the west of Ukraine, near the beach city. The head of the city's trade department - Ruslana Sidletska, told the public that they decided to organize the sale of vegetables and flowers because the population paid more attention to gardening this year because of the war, and there was a demand for such goods. The city beach was crowded with flowers, seedlings, ornamental plants, and tree seedlings from morning on.

Local resident Andriy bought potato seedlings. "I bought medicinal potatoes. It can be used by people with diabetes or liver disease. It is very useful," the man said.

At the entrance to the fair, vegetables and flowers were sold by employees and students of Khmelnytsky Higher Vocational School. According to Deputy Director Lilia Olkhova, the highlight of their products is microgreens, which are grown in a greenhouse without land, on cubes of mineral wool. Greens, such as wheat or peas, germinate in a greenhouse in a short time and can be eaten raw, like lettuce or parsley. Next in the rows at the fair, there were ornamental plants. Today, the seller Serhiy offers residents boxwood. 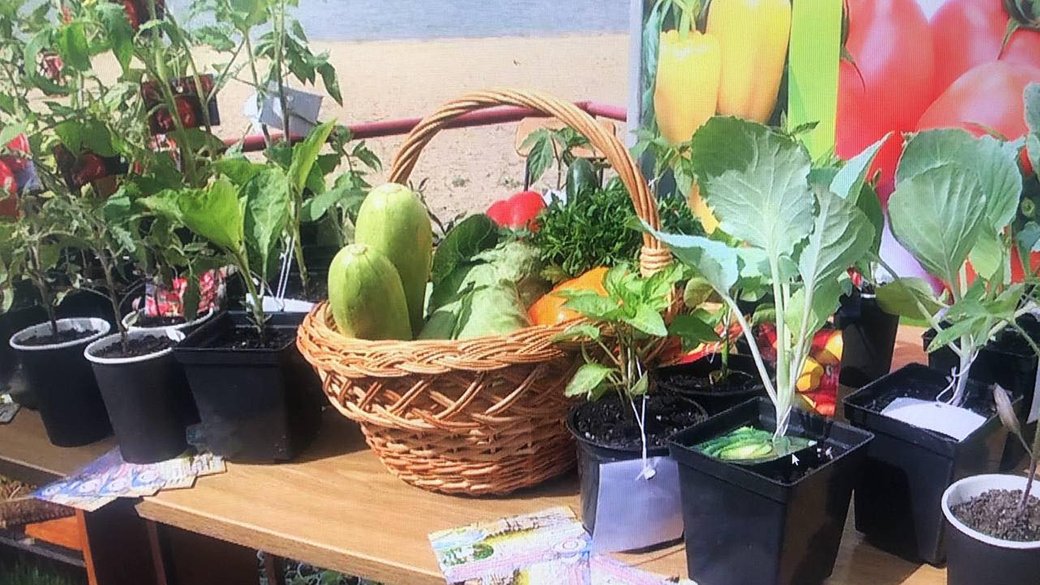 "You can decorate the yard with this plant. It is evergreen, though winter and summer, and is formed from a small branch. The following year, it remains the same, only taking root, says the seller of boxwood.

Another seller, Artem, has his own flower shop. Today the man put up for sale flowers in pots: petunias, sulfinia, pelargoniums.

"These are annual flowers that are usually placed at home for decoration. They attract attention and lift your spirits. We also have fuchsia. Now it is still small, and when it grows up, they have a very beautiful color," says the seller.

According to Artem, now, after two and a half months of war, the demand for flowerpots is gaining momentum. People want to cheer up and distract themselves from problems by planting flowers. According to the head of the city department of trade Ruslana Sidletskaya, the fair of gardening and horticulture is planned to be held annually. This year there will also be thematic fairs in the fall.

Read the complete article at: www.suspilne.media