Photo report HortiContact: Catching up in over 300 photos

Three days of HortiContact have come to a close. Everyone could take a stroll around the Evenementenhal in Gorinchem, Netherlands, last week in. There, visitors came across some three hundred stands that, sometimes, after some searching, because the floor plan or the stand numbers were not quite right, were full of new or familiar faces, innovations, and, at times, visitors too.

Wednesday turned out to be the busiest day for this edition. Especially in the afternoon, the exhibition hall was packed, and there were even queues at the entrance. Tuesday was disappointing for many exhibitors, although those who had the opportunity to take a walk around the fair saw plenty of (old) friends. Thursday was not as busy as Wednesday but not as quiet as Tuesday. 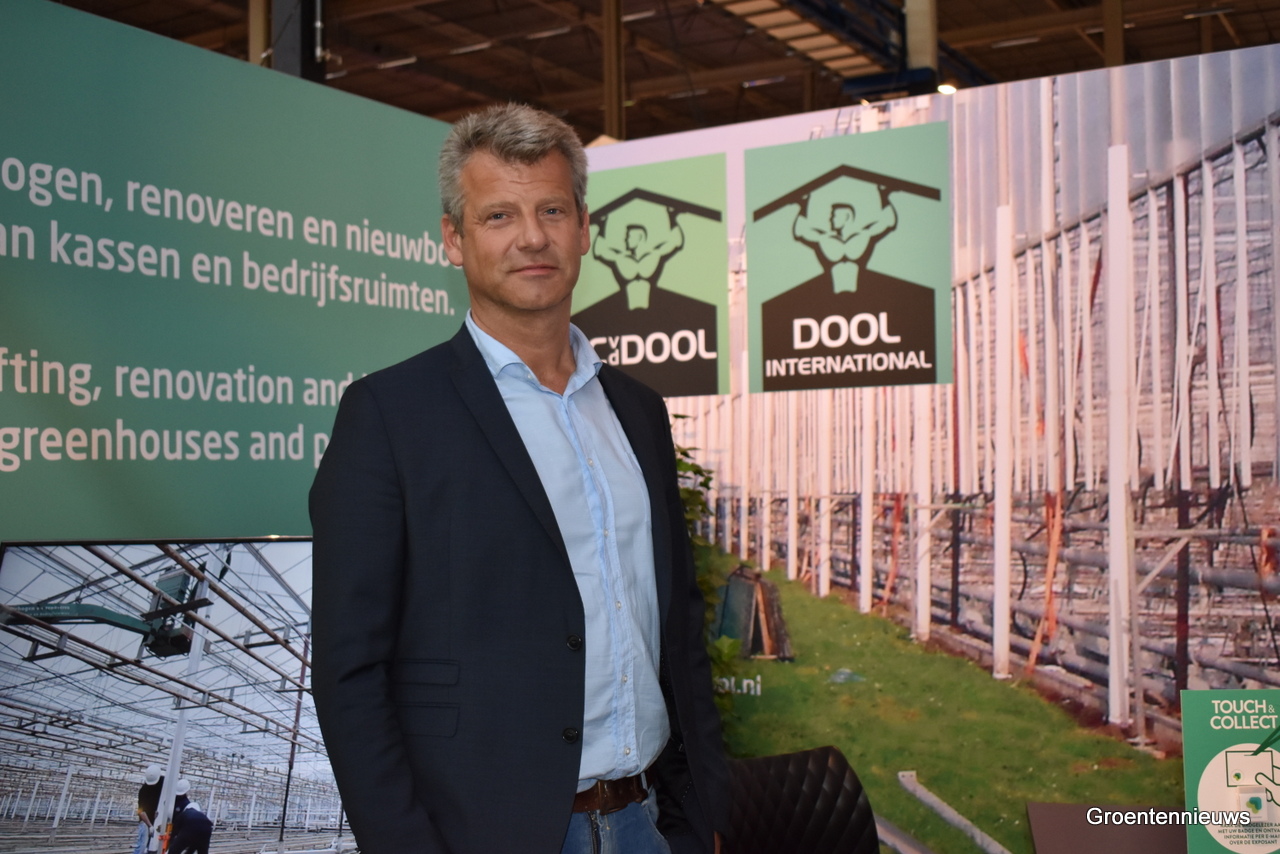 Different
As usual, once everyone had found the buffet, the evenings were quiet. There were complaints about this - nothing human is alien to the average horticulturalist - as well as about the reduced hospitality model compared to other years. This year, the beers and coffee cups didn't come to the stands but had to be collected. In itself a good excuse to do a tour of the trade fair, but when you are talking to customers and want to offer them a drink, you don't want to leave them alone at the stand waiting for you to come back.

It is conversations like these at the stands with interested visitors that bring exhibitors to the fair. The postponement of the fair this year to May worked out well for some companies (those who wanted to present fresh products could do so more easily and for plant growers, for example, the busiest periods are behind them, so a day of operating a stand is easier to fit in), but from the point of view of the visitors, including the growers, May is a difficult time. Everything is growing in the greenhouses, and many companies are short of people, so a trip to Gorinchem is the first thing to go. 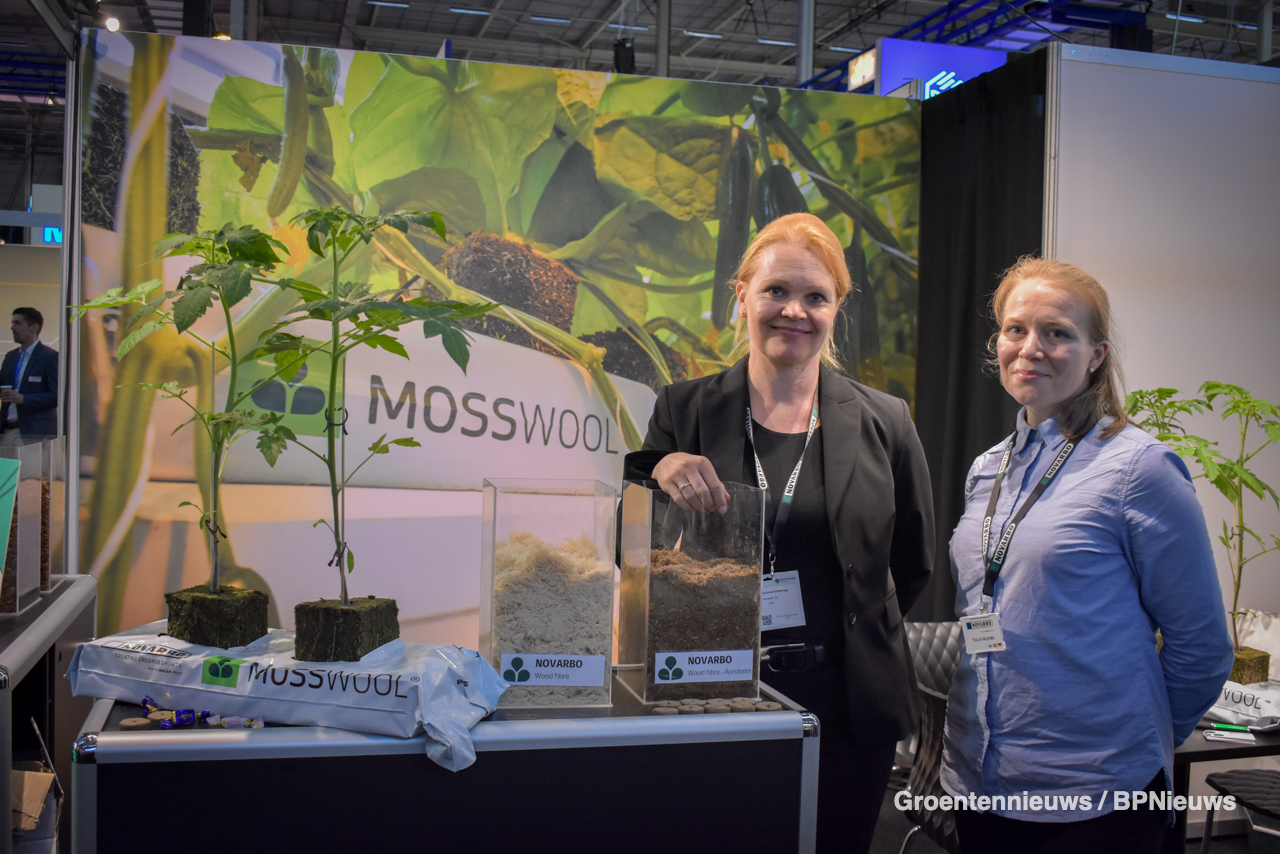 Pirita Luolamaa-Vollebregt and Tuulia Valkama of Novarbo have been working with substrate Mosswool for some time now. What is new is that it is now completely peat free, mixed with wood fibres. Later this year, a factory will be opened for this purpose and large-scale production can start.

Concerns
The shortage of labor was also noticeable among the exhibitors. In a manner of speaking, an average conversation went as follows: "Hey, how are you? Long time no see!" Followed by a comment like: "We have seventeen vacancies. Do you?" The horticultural sector is desperate for people, as is the trade fair organization itself apparently, because it was said there were not enough people to bring the beer or coffee this year.

Besides labor, the difficult times in which the sector finds itself were (obviously) also a topic of discussion. Gas and raw material prices are closely monitored, and there is also a cautious questioning of the situation among companies. What will the order book look like after the summer and next year? Will there be enough work? Who has been affected by Codema's bankruptcy? The situation is different for each company, that much became clear, in addition to the fact that everyone says they are experiencing 'an unusual time.'

What everyone has to deal with is the scarcity of materials. When companies say, they have considered 'getting the materials themselves by truck from afar,' that is saying something. PVC sheets, for example, were very difficult to obtain. 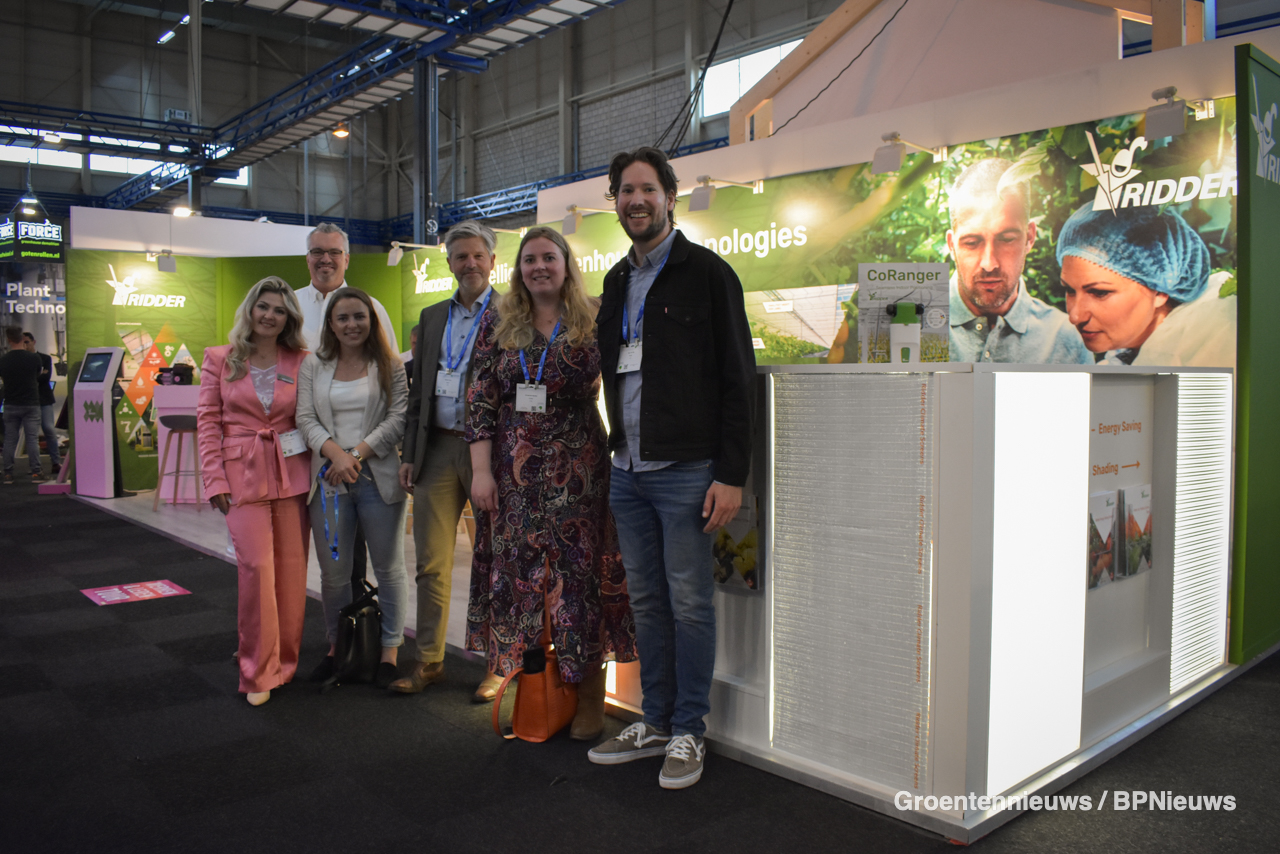 Team Ridder is at the HortiContact and is revealing big plans for the GreenTech. Recognize the Boy on the right? So did we!

Positive
Nevertheless, the current crisis did not stop some growers from coming to the fair with building, renovation, or investment plans. Exhibitors indicated that they had spoken to investors from the vertical farming sector but also to glasshouse growers with 'plans' that they intend to implement as soon as the market (hopefully soon) knows what the costs are. It does not always have to be about building a greenhouse.

There was also plenty to see and discuss in the field of energy technology and LED lighting at the fair. Many companies from the energy sector. The emphasis was on using energy as efficiently and economically as possible. And on saving energy wherever possible. Growers can do that with LED lighting. The subsidy scheme that runs for this is already popular. However, the comment was made at the fair that the new round of the scheme was itself opened too late. By the time the paperwork is complete, it will no longer be possible to arrange anything before this winter. Not to mention the delivery problems that some LED suppliers seem to be having. They, too, cannot escape the scarcity that is noticeable (almost) everywhere in the market. 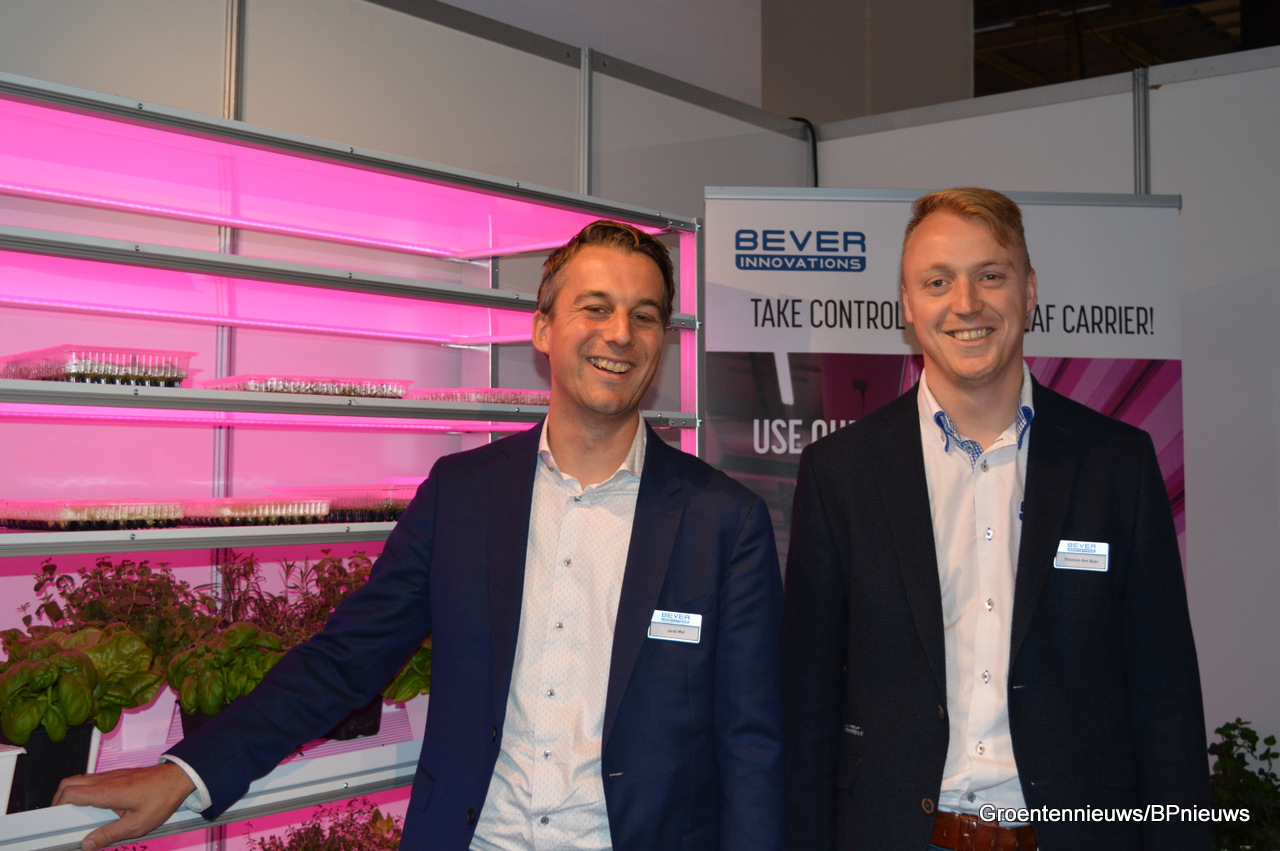 Jordi Mol and Stephan den Boer with Bever Innovations. The company exists 25 years this year and is well known for its Leaf Carrier.