VLAM reflects on successful royal mission to the UK

From May 8 to 12, HRH Princess Astrid led the Belgian economic mission to the United Kingdom. The agri-food sector was strongly represented. The Flanders' Agricultural Marketing Board (VLAM) had prepared a jam-packed program for the agri-food and floriculture companies that had come along. Afterward, they can look back with satisfaction: the VLAM mission was a success.

On Monday, there was a bilateral meeting between the NFU (British Farmers' Union), Flemish Minister for Economy, Innovation, Work, Social economy and Agriculture, Hilde Crevits, the Belgian Farmers' Union (Boerenbond) president, Lode Ceyssens, and VLAM representatives. A meeting, to which VLAM was also invited, between Minister Crevits and Minister Victoria Prentice, her UK counterpart, followed. Fishing was one of the things that were high on the agenda. 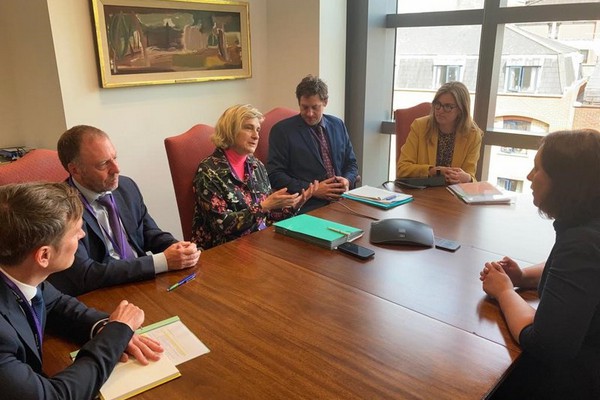 A highlight of the mission was the festive opening of the VLAM garden in the middle of the Royal Chelsea Hospital's park. On Monday, Princess Astrid, Minister Crevits, General Sir Adrian Bradshaw of the Chelsea pensioners, and VLAM CEO Filip Fontaine officially opened it. As a delegation of ornamental plant growers watched, the ribbon was cut with a pair of garden shears, as is tradition.

Peter Wirtz of the prestigious Wirtz International Landscape Architects designed the garden. Patented Belgian shrub roses, perennials, hollyhocks, hydrangeas, and solitary shrubs, among others, were deliberately chosen for the design. It intends to anchor Flemish tradition and leave a green 'signature' representing the Flemish ornamental plant sector in London.

Garden opening
The Belgian Food Industry Federation (FEVIA) organized this high-level event where Filip Fontaine pointed out Belgian products' quality in the presence of Princess Astrid and Flemish Minister-President Jan Jambon. He said the administration Brexit has caused should not discourage small exporters. Fontaine emphasized the importance of good trade relations under the logo, 'better a close neighbor than a distant friend'. 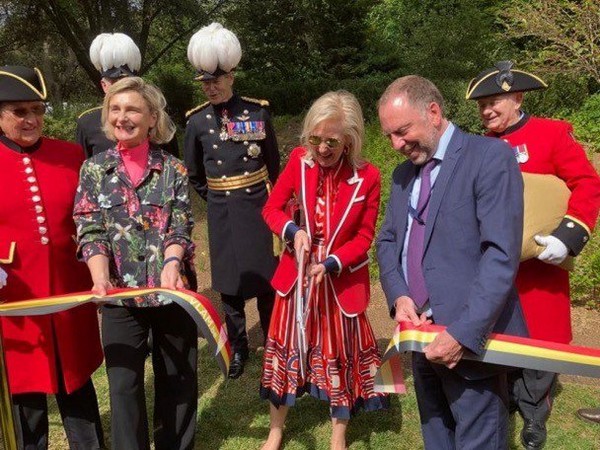 VLAM invited guests to enjoy Belgian strawberries and potato products at the accompanying reception. HRH Princess Astrid was in attendance here too.

On Tuesday, VLAM took its Flemish agri-food sector business representatives on a retail tour. They visited just about all retailers with local experts. Besides the shop visits, there were also several meetings with store managers and marketers. They were given a clear picture of the wide British retail spectrum, from discounters to high-end retailers. The Flemish companies and federations from the arable farming, fruit and vegetables, and meat sectors highly appreciated the trip.

Very early on Wednesday morning - 03:30 - several of the company representatives visited the New Covent Garden wholesale market. They discovered that plenty of Belgian fruit and vegetables are sold here. The traders are well-pleased with these products' quality. 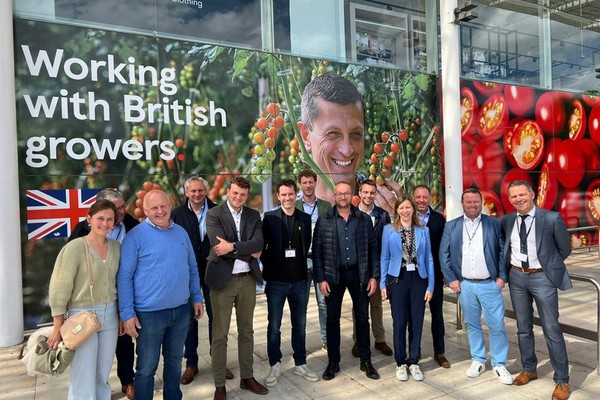 Partner appreciation
VLAM, its partners FEVIA, Boerenbond, AVBS (the Flemish ornamental plant cultivation and green spaces' professional association), and FIT (Flanders Investment & Trade) all participated in this royal mission. They could, thus, highlight the participation of Flemish companies and represent the sectors even better.

VLAM was, for example, a speaker at the high-level food seminar during the mission where FEVIA took the lead. VLAM, Boerebond, and the British NFU also visited a large farm in the region. This inspiring visit brought new insights into the UK's approach post-Brexit and its support of its agricultural sector.

FIT brought British port authority representatives in talks with all of Flanders' stakeholders, including VLAM. They discussed better streamlining the post-Brexit approach and learned about the UK's future plans. And AVBS provided the know-how and support needed for laying out the garden.

Filip Fontaine: "VLAM is sure all these partners collaborating will lead to us strengthening each other's activities. Good pre-made plans between the partners ensured that the agri-food and ornamental plant activities reinforced each other and were at the top of the agenda for three days. Quality products and partnerships offer the best future guarantees."