"We needed to rely on other, more renewable energy sources"

Southern Paprika Limited, one of New Zealand's largest capsicum providers, has made a significant commitment to decarbonizing its business – as part of a broader plan to reduce its footprint.

"We know our customers, and an increasing number of New Zealanders, want to be confident that they are buying from sustainable growers and producers. We want to continue to improve our practices to meet that growing demand in the right way," said Southern Paprika's General Manager, Blair Morris.

"Any business also needs to manage the big risks they face, and for us, relying on natural gas as our only energy source is one of those. We knew we needed to rely on other, more renewable energy sources to make Southern Paprika more sustainable and future proof expansion plans."

A New Zealand first for covered cropping
Southern Paprika has received co-funding as part of the third round of the Government Investment in Decarbonising Industry (GIDI) Fund to help install what is understood to be New Zealand's first CO2 recovered biomass boiler. EECA has provided close to $5 million in co-funding, which will contribute to a total investment of $14 million required for the project. 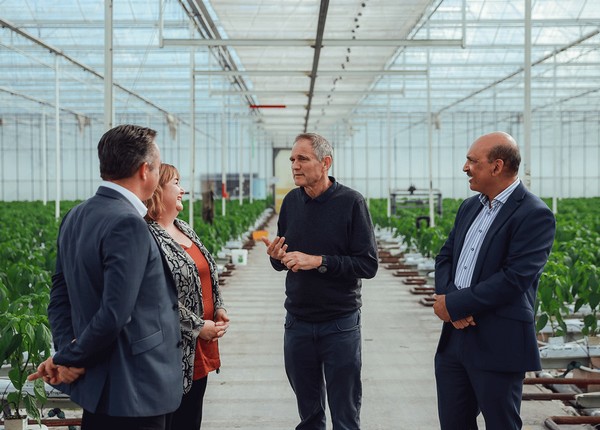 The investment will enable Southern Paprika to switch to renewable energy for its glasshouse heating and then use the CO2 captured from that renewable wood energy for food production. It will involve installing a 10MW wood-fired hot water boiler, which will heat over 50% of their glasshouses. This boiler will also produce ‘green CO2’, providing a clean source of nutrients for the growing plants.

New technology opens the door to decarbonization
The Warkworth-based horticulture company produces around 40 million capsicums each season. Approximately 75% of the produce grown at Southern Paprika is sold within New Zealand, while the remainder is exported.

"We've been looking for a way to diversify our energy sources for around 10 years, but the right technology hasn’t been available. Standard biomass boilers alone haven’t been the right solution, as we couldn't use the CO2 for increasing crop production. With this new tech, we can use that green CO2 produced for something productive," said Blair.

EECA has been working with Southern Paprika for two years, with a focus on creating an emissions reduction pathway. In the second round of GIDI funding, Southern Paprika received $330,000 to retrofit thermal screens in five hectares of glasshouses. 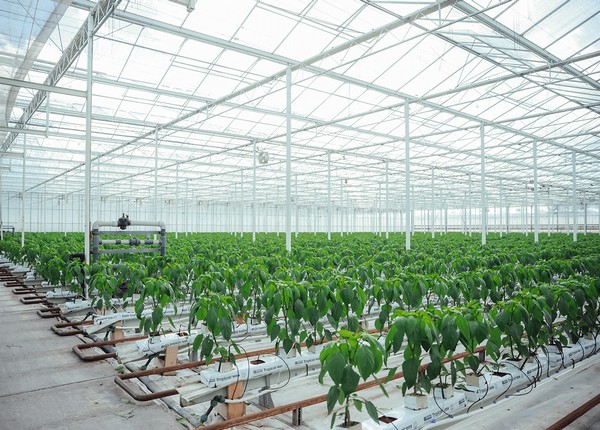 This second project will reduce the organization's emissions by 70%, replacing 70% of the process heat requirement with a renewable energy source.

"GIDI Co-funding from EECA has helped to make this project a reality. But we have also benefited significantly from the Energy Transition Accelerator program, which helped us identify which fuel switching pathway works best for our business."

Meeting demand in the right way
Southern Paprika is committed to being as sustainable as possible, with a focus on emissions reduction and becoming zero waste. The team has identified that while there is increasing demand in New Zealand for healthy, locally grown produce grown in the most productive way, this should coincide with New Zealand's evolving climate change objectives.

This project is the second step in Southern Paprika's decarbonization journey and will enable the team to continue to reduce their emissions through fuel switching in the future. This suitable renewable energy source is a pre-requirement for their planned 10-hectare expansion, which will increase production by 40% and create a further 65 jobs in the business.

The new CO2 recovered biomass boiler will reduce the need to operate the existing natural gas-fired boilers and, in turn, reduce the CO2 emissions that are currently produced by fossil fuel combustion. First, the boiler converts wood biomass to heat hot water stored in tanks, which is recirculated through a system of pipes to maintain the correct temperature for plant growth. Next, the CO2 produced via combustion is stripped, purified, and stored in 'lungs' to be used to feed the growing plants. This 'Carbon Capture & Utilisation' (CCU) system is crucial for the health of the plants, as any impurities can potentially kill the crops.

It is estimated that the two GIDI co-funded projects will reduce carbon emissions at Southern Paprika by around 16,000 tonnes of CO2 per year, and the benefits of this work will be valued across multiple sectors in New Zealand.

"We hope the project will also help other horticultural businesses start their own decarbonization journey," said Blair.

"With this decarbonization project underway, New Zealanders can be confident that the capsicums are from a more sustainable and renewable source."