Herb specialist Frank Steinki at the start of the outdoor harvest

For about 80 years, the production and own marketing of leafy vegetables and herbs have been the core competence of the Steinki family business in Korsenbroich. However, the fierce competition from cheaper imported goods from southern Europe makes the general marketing conditions more difficult. Added to this are the increased energy, fertilizer, and labor costs on the production side, says Frank Steinki, the fourth generation manager to run the company.

The company has both a greenhouse and outdoor area. The outdoor harvest is currently getting started, Steinki reports. "The cold snap a few weeks ago slightly slowed down the growth of our outdoor crops, which is why we start the season a bit later. In the coming weeks, our products will gradually come into full yield." 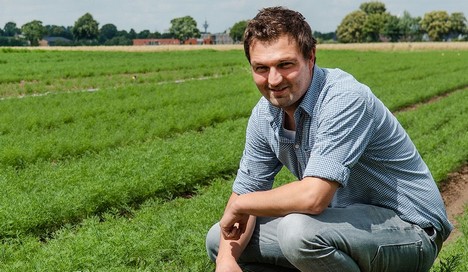 Frank Steinki is the 4th generation manager to run the farm.

Precarious wholesale market situation
The fresh vegetables are mainly marketed by the company itself via the nearby wholesale markets in Cologne and Düsseldorf. At the latter wholesale market, the company operated its own stand sales until a few years ago, when it was no longer profitable due to a lack of walk-in customers. "The wholesale markets have been portrayed increasingly negatively in the media in recent years, but if you have regular customers and partners, the business is still profitable, in my opinion. At worst, both wholesale markets would close down for good in a few years, which would be catastrophic for the regional fresh produce supply. After all, regional specialty retailers and restaurateurs still depend on the wholesale markets, and not everyone will shop at Metro or the like in the future." 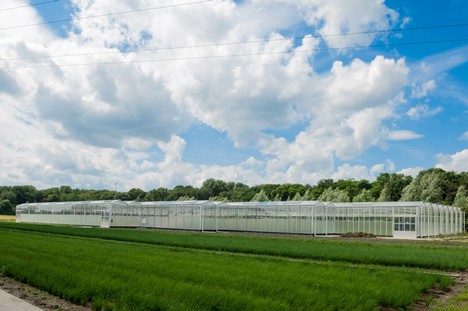 According to trade media, herb consumption in Germany has been on the upswing for quite a few years now. "Turkish and Arab customers in particular are increasingly turning to parsley and mint, but also spinach, whereas herbs are not used all that often in everyday German cuisine," Steinki observes. In the wake of rising consumption, competition has also increased noticeably, he says. "Until a few years ago, we occupied a niche with our herbs, but now this market segment is more fiercely contested than ever." 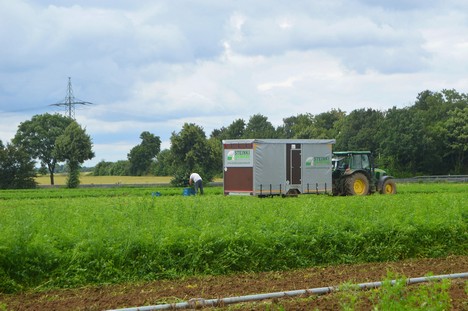 Price premiums of 10% expected
Complicating the situation are skyrocketing production costs, Steinki confirms. "Since we are in charge of marketing ourselves, we can control pricing to some extent. So far, we have been able to roughly push through the additional costs, although we also have to orient ourselves to the price level of imported goods. Across the entire range, quotations are estimated to be 10% higher than last year."

The marketing window for domestic herbs usually lasts into November, Steinki concludes. "A few years ago, we were able to sell our herbs until mid-to-late November, but in the past two years, we've had to stop in the first week of November because Spain and Italy tended to be on the market earlier."