It has been a bit of a wait, but since Tuesday, April 26, the Vitensa greenhouse has been green again. The Dutch company's owners' fathers planted the first tomato plants. It was a special moment; the greenhouse had to remain empty for six months due to an accelerated switch to organic cultivation. It was also an opportunity to make some technical adjustments, which are now done, so the season can begin. 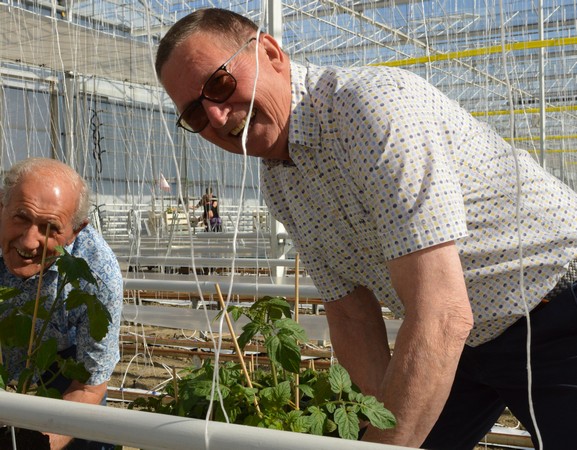 Tomatoes
On Tuesday morning, special attention was given to placing the first tomato plants. Owners, Dennis van der Knaap and Robin Grootscholten's dads, André and Peter were given the honors. In two days, 2.9 hectares were planted with three types of tomatoes: vine, cherry, and mini vine cherry tomatoes.

"Both fathers used to be full-soil farmers, so this was an extra special occasion for them. They've been out of the business for several years, but it was immediately evident how much these men still know, especially about full-soil cultivation. It was great to see," says Operations Manager Geert Visker.

Cucumbers
The company will also plant cucumbers in two stages - the first, today and tomorrow on 2.8 hectares, and three weeks later on 1.4 hectares. "We chose to do this, partly in consultation with Harvest House. We're making the move to organic with this cooperative. Doing this means that we can supply customers as consistently as possible once we're in production. We'll change the cucumber crop once anyway, despite this year's shorter season."

Now that the first plants are in the greenhouse, Vitensa plans to keep farming until late October/early November. The growers have been looking forward to this. "We're farmers, after all. If you don't have plants for six months, it's nice to see the greenhouse green again. That's what it's all about," says Geert. 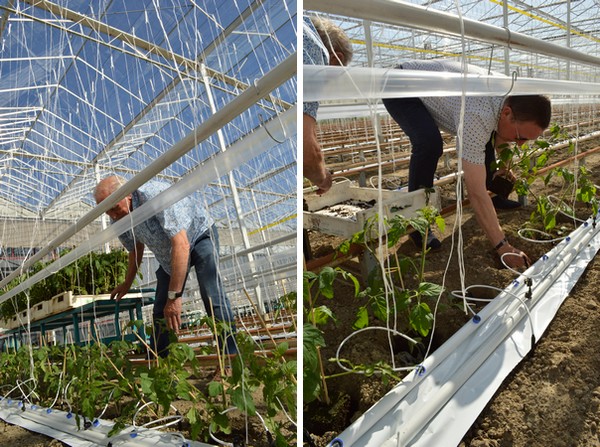 Labor
Even more memorable: many of the people who worked for the company while it was still cultivating conventionally have returned to help out with the organic farming too. That is unusual, Geert admits. "When we decided we were going to switch, we immediately informed our people, explaining our plans. We're happy to see many of them have returned. We suddenly had 50 workers in the greenhouse again on Tuesday morning. That's fantastic. We're going to make it a great season together," he concludes.