Kazakhstan seems to be becoming one of the countries on which many eyes from the Dutch horticulture sector are focused. That was clear from the growing number of participants at the trade fair in Kazakhstan last week. But is this interest justified? And if so, how do you explain it?

Marc Broeren of Dalsem was one of the stand holders in Kazakhstan last week, and as the sales manager for Central Asia at Dalsem has been there for quite some time and sheds his light on this question. 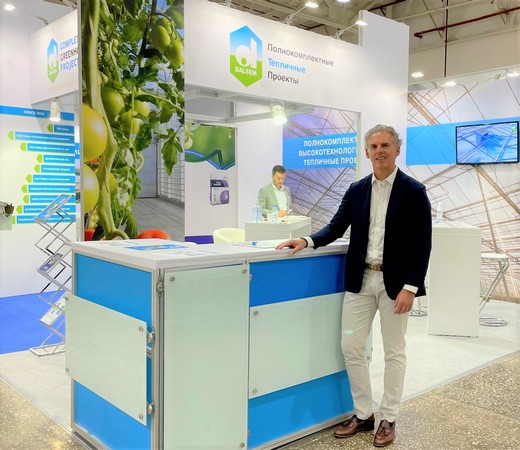 First, a geography lesson. A large part of Kazakhstan's land borders Russia. Right away, that explains part of the warm business ties between these two countries. For example, 50%-60% of greenhouse vegetables are exported to Russia. However, Kazakh authorities warn their people not to do business with Russian companies on the sanctions list. "Don't run a risk. Times have changed."

Elaborating on the current situation, one could imagine that if the border between Europe and Russia closes, there will be even more room for exports from Kazakhstan to Russia, Marc points out. "Kazakhstan could just become Russia's preferred supplier for their fruit and vegetables."

Rebellions and working conditions
Russia helped the country put down riots in early 2022, Marc says. "In western Kazakhstan, an uprising started. That was on a very small scale, but it was still significant. In Almaty, the atmosphere eventually became downright tense. Russia was approached to help, and the Russians were quick to quell it."

One of the reasons for this uprising was the big difference between rich and poor. Compared to the high earners in the oil industry, a worker in the greenhouse received only a meager wage; $350 a month. Tokayev, the new president has been able to take more power after the uprising and will start paying attention to the bottom layer of the population. It is expected that the people who work in the greenhouse industry will benefit from this. "This will have two effects; part of the labor shortage can be solved, and workers will receive more appropriate wages."

In Kazakhstan, about twice as many people work in a single greenhouse than we are used to here in the Netherlands. Marc: "On the topic of labor: efficiency improvements can be made there, and will be a matter of time."

Kazakhstan itself is rich in many raw materials. The gas comes from Turkmenistan, Uzbekistan, and Russia. To illustrate, gas prices for Kazakhs are not yet as high as in Western Europe. There is no reason not to cultivate because of rising energy prices. However, Russia is trying to get its foot between the 'gas door' in Kazakhstan.

The prices of building materials also play tricks on growers here, notes greenhouse builder Dalsem. "The payback period has more or less doubled, and investors see that too. But, despite that, it remains a profitable investment for an investor," Marc says. Incidentally, Dalsem has already built 60-70 hectares of glass in this country. And it is all high-tech. "Here too, as in other parts of the world where the Dutch build their greenhouse projects, we see that Dutch knowledge and management is desirable."

The number of crops expands
The main crops grown are tomatoes and cucumbers. But the Kazakhs have a knack for seeking, finding, and starting up niches. "It's not all vine tomatoes that are grown anymore. We now see other types of tomatoes being grown in greenhouses. And also other new crops, such as strawberries and lettuce. Ornamental plant cultivation is not very common. It is there, but mostly flowers are grown on a smaller scale and are destined for their various shops elsewhere in the city. The focus of greenhouse horticulture is really on food."

And finally, Marc Broeren sees the export flows not only going towards Russia. "Kazakhstan is gaining a foothold in the Middle East. After all, the distance is not that great. I expect this flow to increase." 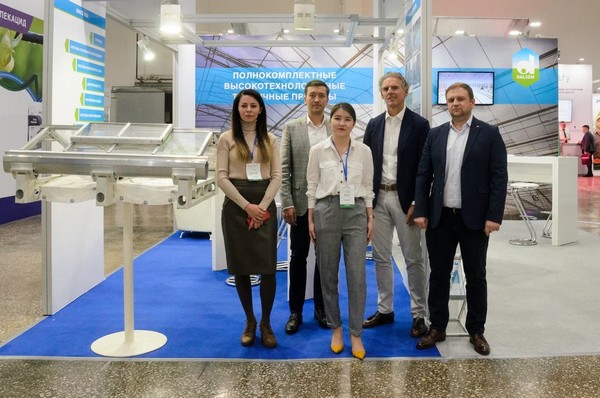