A specialist retailing consulting and advisory firm believes that the shopping category known as the 'middle consumer' is set to become more divided from a surge in inflation, which is expected to hit the food and grocery sector.

Tristan Kitchener from Kitchener Partners says that pre-COVID, these consumers readily switched between being budget and premium purchasers depending on the product, occasion and belief, but now it could be more about the "Haves and Have-Nots" as consumers are pulled in one direction or another over the next 12 months.

"You see what is happening now, we see inflation is coming along and this is absolutely going to be fuelling the retailers' growth," he said. "A lot of forecasts coming through, thinking that retailers profitability will increase significantly as a consequence of it. The reason that inflation will stick this time is that previously over the past 30 years, is that it has been absorbed either by suppliers or retailers. Now when you look at grocery goods and low demand elasticity; you have to buy your grocery food and goods. Ultimately if you look at the press there's a lot of talk of inflation, so consumers have priced it in and are expecting it, so it will get passed on. So, you will see the middle consumer essentially being squeezed. The budget category is going to become more critical to those people who have less discretionary spending because of inflation and things like fuel and the cost of living going up. Poorer people will have a larger portion of their budget impacted, and at the other end you will have premium consumers that have been traditionally about trading up, they will be polarised even more." 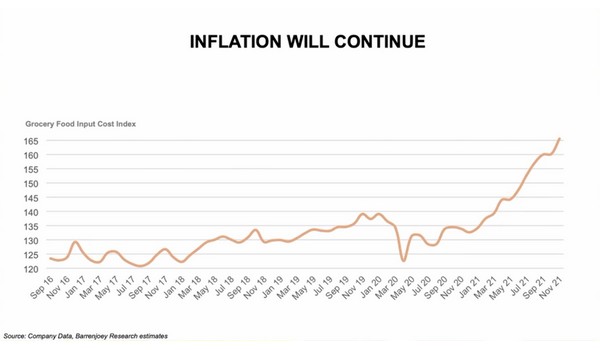 This issue of inflation comes on top of the disruptions that were adjusted and accelerated during the COVID-19 pandemic, and the resulting government lockdowns. During this time the supermarkets picked up an extra $3.6billion worth of sales in March and April 2020, when the pandemic was first announced. It also resulted in some sustained behaviour changes, according to Mr Kitchener, including more eating in, dinner premiumisation, and a change in shopping routines; the three major Australian supermarkets had fewer trips, so those that were the source of the main weekly shop benefited, but those 'top-up' shopping retailers lost out. It also saw major growth in online sales.

"It actually made it difficult for the majors (supermarkets), because they have gone from being bricks and mortar, offline retailers to being an omnichannel with an online business that is haemorrhaging money because it happened so quickly," Mr Kitchener said. "They were not resourced from a capital point of view with infrastructure to make it happen. A lot of people trying to get a home delivery during COVID probably didn't get it. What you are seeing now is that competition has increased, but the speed of decision making and the amount of data that the retailers need to process in real-time is phenomenal. If you don't get it right, the consumer can use a mobile device to check whether you are more expensive than your competitors." 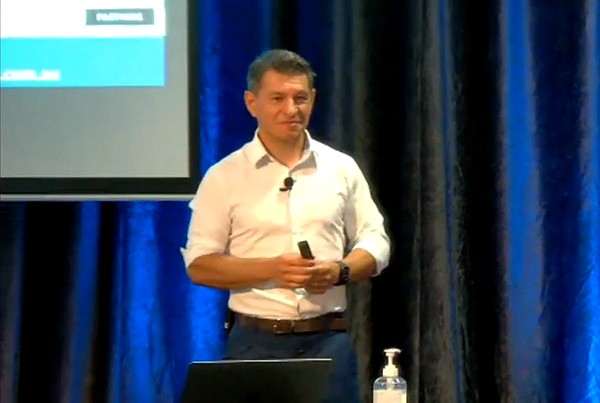 He explains that this has also meant a readjustment in business strategy from the major supermarkets.

"Particularly, Coles and Woolworths - two big retailers with 900-1000 stores - but are they still going to be relevant in their current state, or become redundant?" he said. "Opening 20-30 stores a year, which they have been doing for the past 30-40 years, is probably not going to cut it anymore. So it will be about reinvigorating existing stores, refreshing them, changing the footprint to having more of a fresh food focus, and looking at more 'Metro' small-format or convenience grab and go stores."

Mr Kitchener says this change in approach, not just from supermarkets, but other food retailers in general are going to provide new opportunities for the fresh produce and protected cropping sectors.

"Meal-box delivery is getting bigger and bigger and you can see that businesses like HelloFresh are maturing and now has something like nine sub-brands," he said. "It is a $1.8billion/year market in Australia, and it is well suited to protected cropping. I essentially look at these guys being manufacturers; sourcing ingredients, packaging them up and sending them to customers. When it comes to closed-system production, growers have a lot of advantages if I put my retailer hat on; you can extend your season, there is guaranteed supply, consistent quality, not be exposed to climate change risks, and you can grow local. There is a huge amount of competitive advantages - it's about doing more with less."