Marketed as “Driscoll’s Sweetest Batch”, the strawberry is a premium variety that delivers a sweeter and stronger flavor. It was first commercialized in the United Kingdom in 2017 and has won several international awards due to its taste and quality.

Internationally, Driscoll’s Zara is sold as a premium variety in Europe, the Middle East, Canada and China. Zara consistently scores better in quality tests for its appearance, taste, and texture. 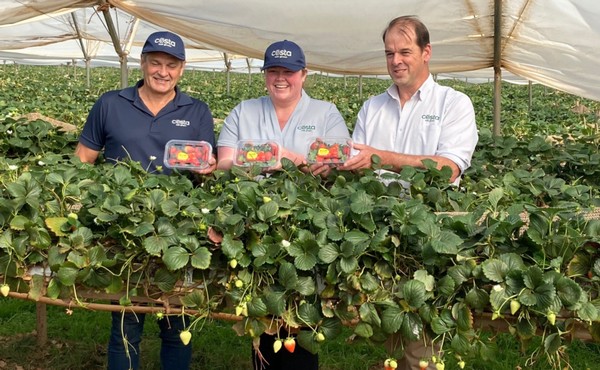 Costa currently has close to one hectare of land under the production of the Driscoll’s Zara variety with discussions underway to expand production on Costa’s strawberry farms and other Driscoll’s growers’ farms in North and North West Tasmania.

As a commercial trial, limited quantities of “Sweetest Batch” strawberries can be purchased from Woolworths supermarkets in larger urban centres in Hobart and Launceston. They are also sold interstate through a small number of Coles and Woolworths stores in Victoria.

The trial also extends to a select number of Sydney market agents for the independent sector. “Production of the Zara strawberry represents an exciting opportunity for Tasmania’s berry industry,” Mr Folder said.