Start of the season at Fruchthof Hensen

The first domestic strawberries from protected cultivation are already being harvested for about two weeks. The greenhouse at Fruchthof Hensen in Swisttal, Rhineland, has also been bustling since the first week of April. "Compared to last year, this year's harvest of our greenhouse goods has started a few days earlier. We will be able to pick larger quantities successively from this week onwards; at Easter we tend to observe a tight supply situation," says Irmgard Hensen, who runs the company together with her husband Ralf. 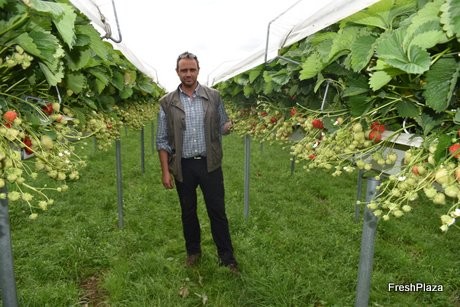 The Hensen couple also looks with concern at the current energy prices and other cost increases on the part of production. "The big question in this year's season will of course be how pricing will develop during the campaign and to what extent the increased production costs will be reflected in the final price. At the moment, it is difficult for us to judge this at the beginning of the season," Ms Hensen says. 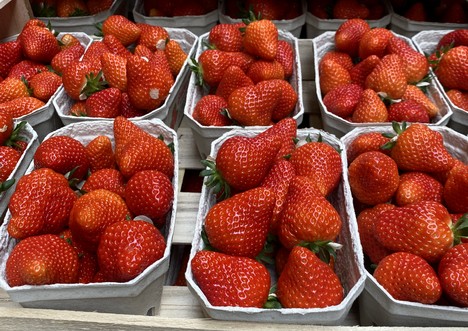 The first greenhouse strawberries of the season are currently offered at 6.50 euros/kg. A sudden price reduction is expected after the Easter holidays.

Encouraging share of larger fruits
The well-coloured fruits will reach the consumer through three sales channels: food retailers, wholesale markets or the 16 proprietary sales stands. Hensen: "In the fresh produce aisles of the food stores, our strawberries are still predominantly offered in 400 gram trays, whereas a lot is marketed loose via the wholesale markets." According to Hensen, the first early strawberries are in high demand. "Our fruits are picked as homogeneously as possible and we are getting positive feedback on our large-berry produce even now in the early range."

Opera gains in importance
In addition to the market-standard Elsanta, there are also the Opera as well as a novel test variety, that are growing and thriving in the 6 ha greenhouse (3 ha under plastic sheeting, 3 ha greenhouse). "Elsanta is still the best-known variety in Germany, but it is still quite sensitive, especially when temperatures are constantly high. We could imagine reducing the Elsanta area in favour of Opera in the near future," Ms Hensen continues. 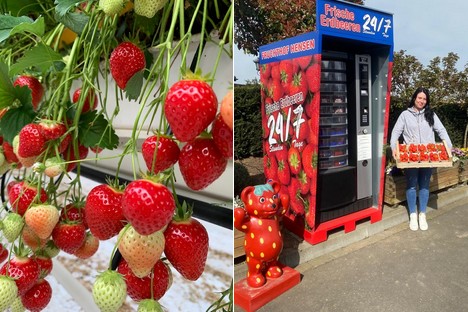 First tunnel crops expected in late May
In addition to growing strawberries in the greenhouse, the Hensen family is dedicated to production in the tunnel as well as on racks. "Depending on the weather, the first tunnel produce will be available at the end of May, and at about the same time we will start with the first strawberries on tiers," she says, outlining the rest of the season.