Germany: "We will not be able to avoid gas as an energy source in the medium term"

Nuremberg vegetable grower Peter Höfler relies on gas to heat his greenhouses. In addition to the availability of gas, Höfler is primarily concerned about rising costs. He is therefore planning to make his peppers, tomatoes, and cucumbers noticeably more expensive to sell in the region's stores. Decisive factors are currently rising wages for his employees as well as the packaging and transport of his goods. Costs have also risen in these areas. 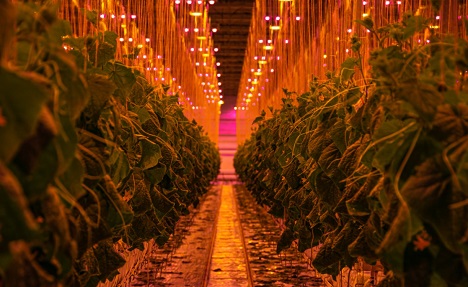 Despite having his own energy supply in the form of combined heat and power plants, he "will not be able to get around gas as an energy source in the medium term," Höfler told BR24. "Ultimately, it's the consumer who decides," says Florian Wolz of the Frankengemüse producer association. If regionality is important to people, he said, they should expect to pay accordingly.

During the pandemic, people apparently appreciated products from the region. Now, however, other things, such as vacations and trips, could become more important again. "That will be the crucial question: Will consumers remain loyal to regionality or will the price increases in the supermarkets be more important for them," Wolz said.