On April 12th, at the construction site of the first phase of the new horti science park in Henan Province, China, workers were assembling the brackets of the steel structure and installing ceiling glass of the greenhouses.  The park. called the Luoyang International Modern Intelligent Agricultural Science and Technology Demonstration Zone, is located in Yibin District. 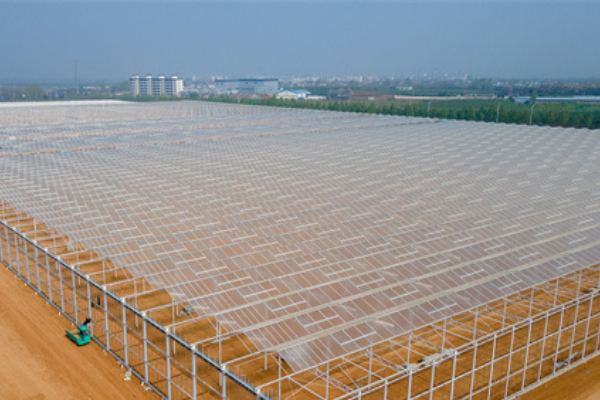 Tomatoes
The first phase of the project is contracted by China National Building Materials Group EPC, and it is expected to be completed in July. Using the latest Dutch technology, it will grow high-quality organic tomatoes through the all-weather greenhouse, closed soilless cultivation, precision water and fertilizer management, green pest control, agricultural Internet of Things, and other advanced technologies. According to the investors, its annual output will reach 4,000 tons/hundred mu (about 98.8 tons/hectare).

The second and third phases of the project will build such as aquaponics, agricultural carnival, agricultural outlets, modern facility agricultural clusters, and rural revitalization production and research training bases.

Luoyang International Modern Smart Agricultural Science and Technology Demonstration Zone is a demonstration project for rural revitalization in the city planned by Luoyang Agricultural Development Group. With the theme of "urban modern agricultural development", the project intends to cover a total area of about 10,000 mu (about 4047 hectares) to create a new landmark of Luoyang's "production + research and development + technology + tourism + research and study" characteristics of agriculture. It will radiate to drive the surrounding townships to form a modern agricultural production demonstration zone in an area of more than 10,000 mu.