New kid on the block in overseas fruit and vegetable export

For the past twenty years, brothers Robbert and Ruud Krul and Henri and Paul Schockman have repeatedly expressed their ambition to do something for themselves. The bankruptcy of Levarht provided a now-or-never moment. On 1 April, Freshclusive started with over twenty staff members focused on the export of fruit and vegetables to distant destinations.

"We are going to buy from several continents and sell a wide range of fresh produce to mainly overseas customers and thus want to connect the world," says Paul Schockman. "The advantage is that we have built up a broad network over the years. From suppliers, customers and service providers alike, we have received an enormous amount of support over the past few weeks. Robbert, Ruud, and Henri will mainly focus on purchasing and sales and at the moment I have the responsibility for the other tasks on my plate." 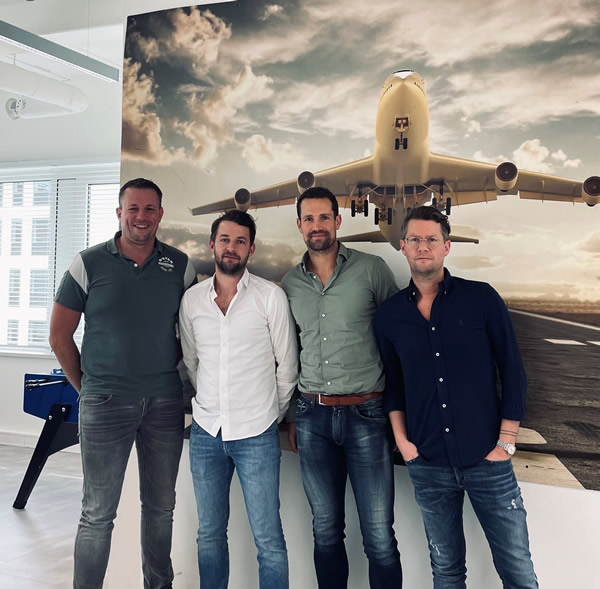 Paul started on 1 April, the other shareholders joined the team last Monday. "We immediately hired a large group of people in whom we have full confidence. We had the unique opportunity to approach a good group of people who also believed in our story and wanted to start with us. As a result, we will be starting right away with a unique group of people", says Paul. The loading takes place at Scherpenhuizen. Because the majority of the Freshclusive staff comes from the Aalsmeer region, the young company will open an office in the Schiphol area next week.

Foundation
"The big challenge now is to set up the organization right the first time. You often take things like certifications for granted when joining an existing company, but in the start-up phase, it is very important that the foundation is right from the start. Fortunately, I can now increasingly delegate various matters to my colleagues. I am not so worried about the commercial side, the volumes will come. We have an experienced commercial team ready for that. Besides, with Scherpenhuizen we have a powerful party behind us with direct access to the source.

"The great thing is that the activities of Freshclusive and Scherpenhuizen do not inhibit each other at all. Scherpenhuizen is a professional, streamlined organization in which retail represents the bulk of the turnover. In that sense, we are the odd man out; we focus on fine-meshed distribution to many different customers. The risk is higher, but the margin is also higher. If a customer wants to order a few boxes of kumquats, edible flowers and carambola's with a big bow around it, we will arrange that. We really want to offer a wide range of products. Greenhouse vegetables will be a major product group, but we will also take on the entire range, including fruit, exotics, outdoor crops and citrus, both organic and conventional. You name it, we are going to do it."

"We are really going to focus on overseas customers, with an emphasis on the Middle East, but also to exotic places like the Maldives. We will also export to North America, but it is a fact that that market has become more and more self-sufficient. In the Middle East, that's a different story. With the temperatures and above all the lack of water, it appears that you need very deep pockets to grow high-quality vegetables all year round. They will therefore continue to need the import trade for the time being," Paul expects. He agrees that exporting to distant destinations has become more difficult due to COVID and logistical concerns. "But there are still plenty of opportunities in these beautiful markets. We are full of confidence and hope, as a 'new kid on the block', to grow towards a nice share in overseas exports."