The Dutch company Frestia is expanding its snack bell pepper share in Portugal. As of the next growing season, that area will be doubled. That will ensure year-round supply certainty, which is especially important for the year's first quarter. Until now, there were insufficient snack peppers available to fully meet demand. "Now Frestia can fill year-round programs, marketed by Harvest House, even better," explains Wim Zuidgeest. 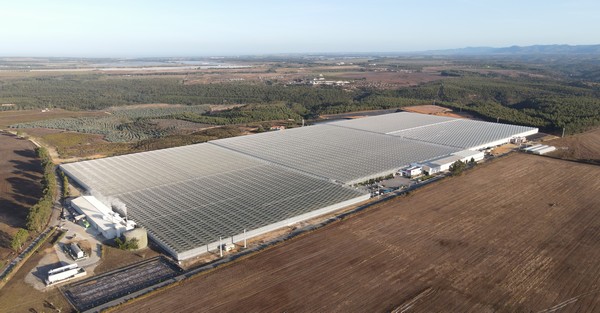 Consistent year-round quality
The snack peppers cultivated in Portugal are of the same quality as those grown in the Netherlands. "That's because they're produced in a glass greenhouse with the same Dutch systems. That makes the location less dependent on weather conditions."

Since Frestia cultivates the same varieties in Portugal as in the Netherlands, the Portuguese peppers taste the same too. "We don't refer to Dutch or Portuguese seasons; it's just year-round Frestia season," says Wim. "In the months when it's difficult to get Dutch products, Frestia offers the same quality products from Portugal as people have come to expect from our Dutch greenhouse."

Growing with the sun
Frestia grows with the sun, which makes up for the short Dutch winter days. Portugal has a favorable climate for snack peppers; plenty of sunlight and the Atlantic Ocean tempers the heat. "That helps the peppers' sweet taste and makes cultivation more sustainable. Above all, it allows Frestia to offer a quality product year-round."

The company has plenty of space in Portugal and wants to expand in the coming years. Along with snack peppers, Frestia grows mini cherry tomatoes. "Everything's grown under the strictest standards; so we can meet the highest food safety and sustainability requirements," Wim concludes. A Portuguese team runs the company with support from the Netherlands.