"Our lines may be slightly slower, but are much more accurate”

In early March, Koppert Machines shipped a snack tomato top seal line feeder from the Netherlands, where the company is based, to Nature Fresh Farms. Nature Fresh Farms is a major tomato, bell pepper, and cucumber cultivation company in Canada. "A lot is still done by hand in Canadian packing facilities, and there are barely any shakers and buckets. They also give away a lot of their produce for free, thanks to incorrect weighing,” says Paul Koppert of Koppert Machines. 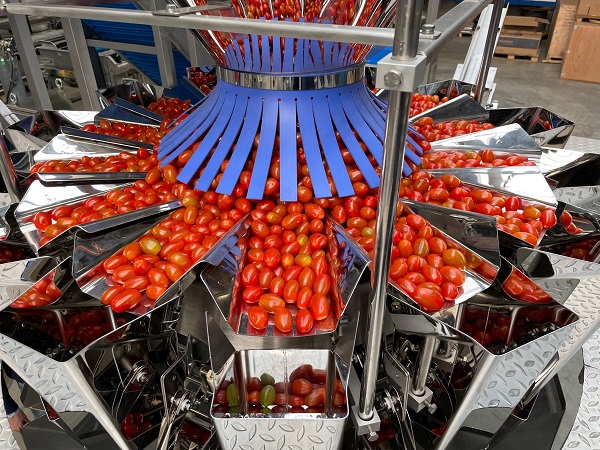 ‟Nature Fresh Farms already had a high-speed line that can do 90 packaging/minute. But they wanted a little more flexibility, so they ordered two single lines that each feed 50 packages per minute to the top sealer. A local company supplied the top sealer. In the Netherlands, we, too, outsource that to other companies like Multivac, Ulma, Proseal, or Pack Automation.″ 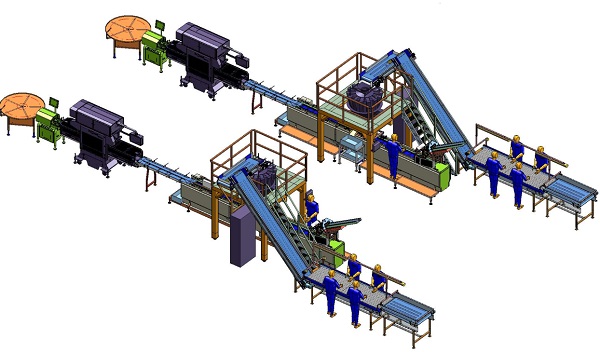 Brake flaps break the fall
Koppert Machines supplied the entire feeder system, from weighing the snack tomatoes to automatically setting up the containers and feeding them, filled, to the top sealer. "The tomatoes are placed manually or automatically on a buffer belt that carries them to a conveyor belt where they're still sorted out by hand," Paul explains. 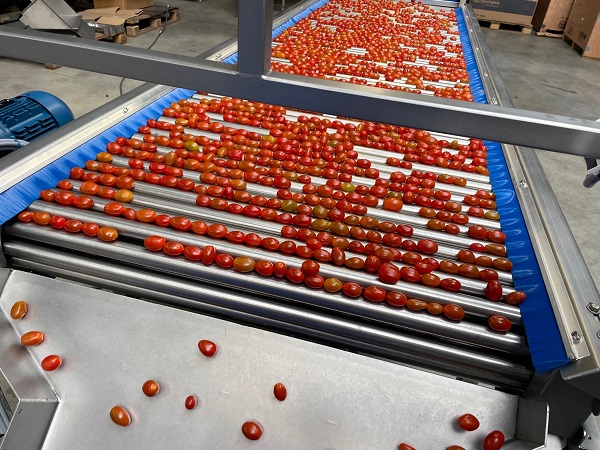 "The initial selection is already done in the greenhouse. But with today's snack tomatoes are all fairly similar in size. After that, the tomatoes go to a multi-head weigher that places them in the packaging. To break the fall, we work with angled plates with brake flaps. The tomatoes don't really fall; they slide down. Then it's on to the top sealer.″

Give-away weight
In Europe, weighing is done very precisely, says Paul, while in North America, they prefer using ‘fillers’. "They don’t yet consider the give-away weight very seriously yet. They’re more concerned with volume. But that can quickly mean a loss of seven or eight percent. They often have high-speed but inaccurate lines, especially for blueberries. Our lines ensure that Nature Fresh Farms does a good job in that area. Our lines aren't slow, yet they're also very flexible and accurate.″ 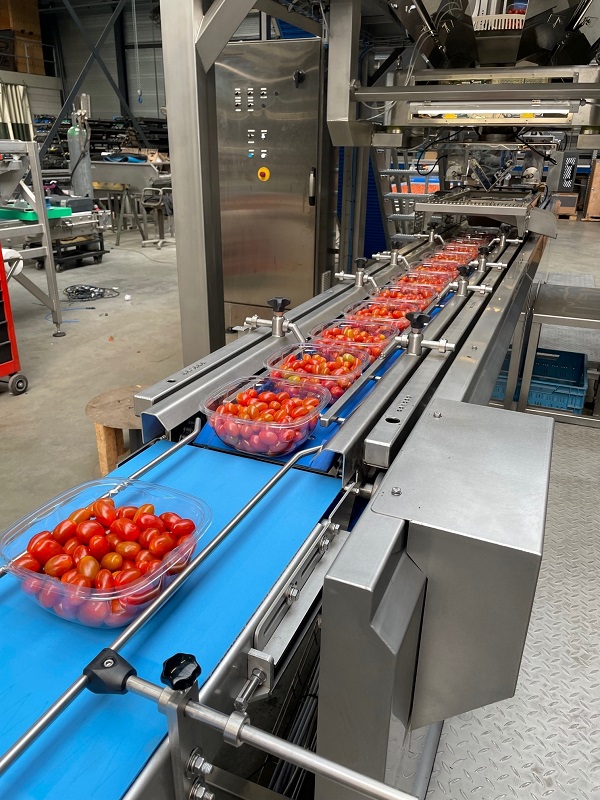 Top seal trumps shakers
In North America, top sealing is more popular, while Dutch supermarkets more often carry clamshells, cups, or shakers. "In America, they also have bowls, like Nature Sweet’s well-known packaging.  But you won't find shakers there. The market in the Netherlands is now also gradually shifting towards top seal, but the Americans were earlier," continues Paul. 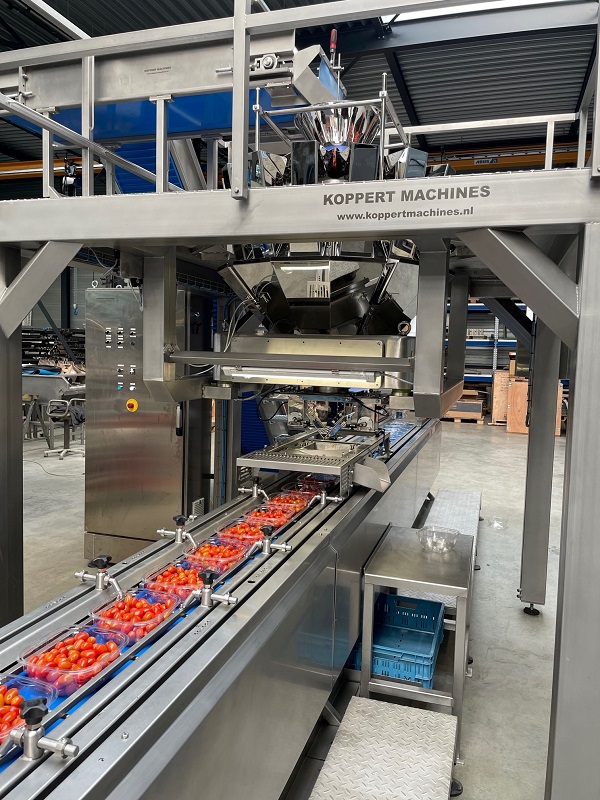 "The buckets - that use a little more plastic than top sealed containers -  seem to be slowly becoming less common in the Netherlands. We’ve already supplied top sealer and flow pack supply lines to large packaging companies such as Growers United, Greenpack, and Redstar. As well as to growers and smaller companies, who pack their products themselves and supply them directly to supermarkets.″

Far-reaching automation not always beneficial
The first line Koppert Machines supplied to Nature Fresh Farms was fully automated with robots. "But if you work with different packaging formats, automation can become a hurdle. It’s not always easy to switch a robot to another packaging," says Koppert. 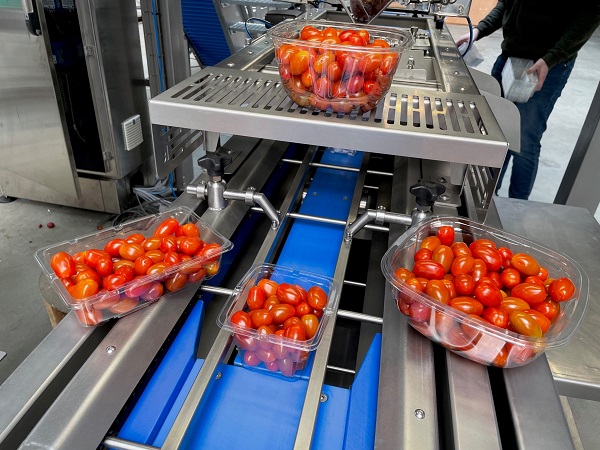 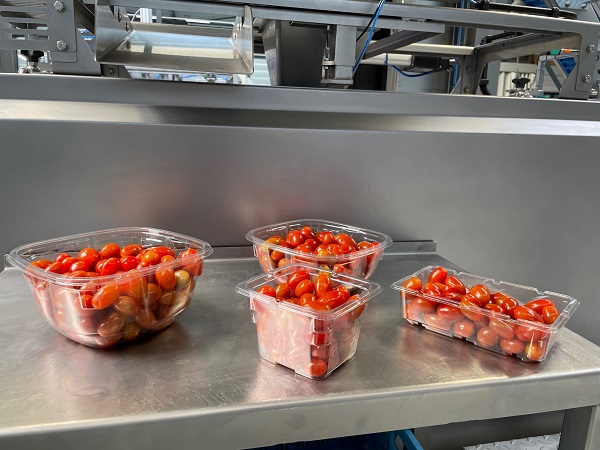 The line can be supplied, including management software which provides several parameters like speed and weight. After-sales is entirely online. "Our technical division provides online support. But, of course, a company like Nature Fresh Farms is so big they employ their own technicians. And it's not like they have problems with the machine every week or every month, so it’s all good,” concludes Paul.