"Potentially, these new varieties can produce up to 34 tons per hectare"

The ASOEX Fruit Technology Consortium presented 4 new varieties of 100% Chilean raspberries that they developed together with the Catholic University of Chile and with the support of Corfo. 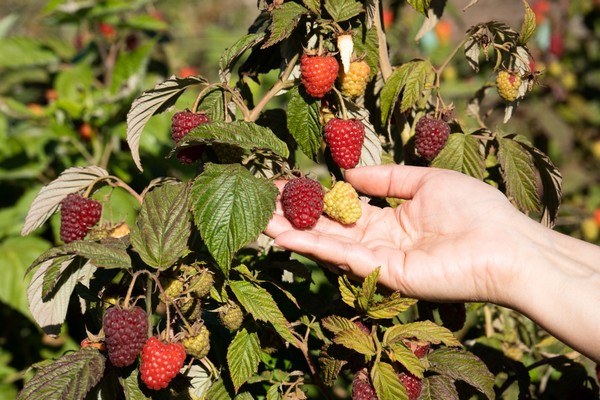 These 4 new varieties now join the Santa Catalina, Santa Clara, and Santa Teresa varieties this consortium launched in 2015, which, given their great caliber, flavor, and traceability, have had great success among small producers in the south of Chile and abroad, as they are grown in Spain, Portugal, Morocco, Mexico, and Peru. The Consortium expects these new varieties will also be very successful, given their productivity, resistance to water stress, and diseases traits.

The launch was attended by INDAP national authorities, representatives of the Consortium and associated companies, ASOEX, and nurseries. The 4 new varieties are currently being registered at the SAG. 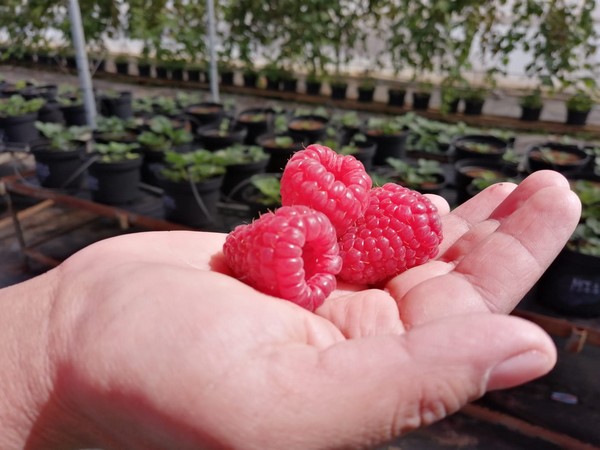 These varieties are sustainable, more productive, and allow producers to achieve better returns
"The production per plant and fruit quality of these four new raspberry varieties are far superior to the previous varieties. We have maintained the great size of the fruit, the good taste, aroma, and sweetness. In addition, the plant is more vigorous which allows producers to have better returns," stated Marina Gambardella, director of the Raspberry Genetic Improvement Program.

In this second stage of the Raspberry Genetic Improvement Program, the developments have been oriented towards sustainability. “We have focused on developing resistance to biotic and abiotic stress, which means resistance to disease and major pests, and resistance to drought and heat.”

Gambardella said they had used different evaluation systems to achieve these characteristics. 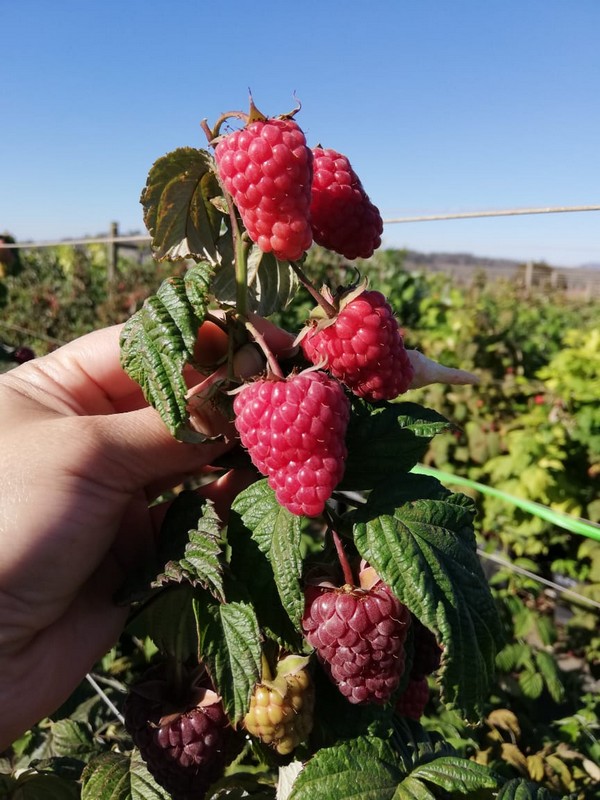 There is usually biotechnology support, which is not related to gene editing or GM, but simply to implementing some laboratory techniques that allow identifying resistance to diseases and water stress, and other types such as heat.

"Comparing yields is difficult because it depends on cultivation conditions. However, our tests indicate that these new varieties could potentially produce up to 34 tons per hectare, which is very significant if we think that a traditional variety produces 9 to 12 tons per hectare," Gambardella added.