Greenhouse control system experts, Tomtech are helping new and existing growers get the very best from their crops as the UK government encourages more horticulture in commercial greenhouses.

George Eustice, Secretary of State for Environment, Food and Rural Affairs recently spoke at the National Farmers Union Conference and laid out the government’s ambitions for expansion in the horticulture sector, particularly under glass.

Speaking to BBC Radio 4’s Farming Today programme from the event on 22nd February, George Eustice stated “A lot of the opportunities are in the horticulture sector to displace predominantly Dutch imports at the moment. And we are looking to what it would take to develop a whole new generation of glasshouse production here in the UK.”

Tomtech welcomes the announcement and ambition.“We’re thrilled the government is looking to encourage investment in commercial greenhouses. We’ve already experienced a rising demand of our control systems from both existing and new growers, all seeking to create even stronger crops as they see new opportunities to outperform foreign grown imports” says Krzysztof Hernik, Managing Director at Tomtech. 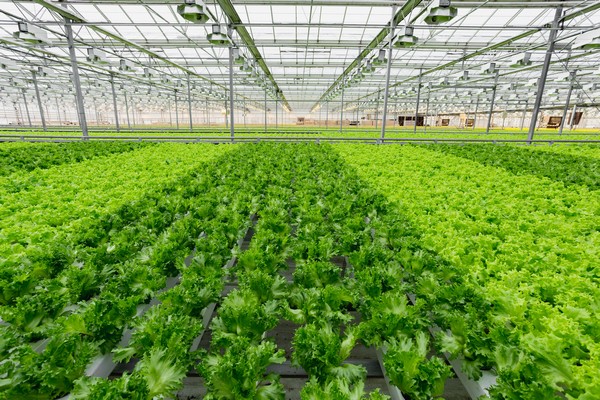 Tomtech has been designing and manufacturing commercial greenhouse monitoring and control systems for over 35 years. Their systems use sensors to automatically monitor and regulate light, heat, ventilation, irrigation, fertigation and nutrient dosing to maintain the best possible growing environment.

At the recent NFU conference, George Eustice went on to tell the BBC’s flagship farming radio programme about some of the ways in which the government hope to encourage horticulture under glass.

Tomtech’s control systems and other infrastructure are used extensively by UK growers, large and small, particularly in Lincolnshire, Cambridgeshire and other areas where growing under glass is concentrated.

Krzysztof Hernik concludes, “We’re really looking forward to hearing more from the Secretary of State as to how he hopes to support our sector. We work with an amazing group of growers who are passionate about UK horticulture and share the ambition to make it truly world beating so there’s no need to look beyond our borders for quality produce.”