"We constantly work to increase our yields while using less energy"

“Energy is a hot topic at the moment, not only in the UK but across the globe. Potential energy supply issues resulting from what’s happening in Ukraine and Russia, combined with several other factors, are driving the increase in energy prices,” says Andrew Littler, Founder and CEO of Vertically Urban.

Vertically Urban (VU), a British horticultural lighting manufacturer and innovator, is looking towards increasing lighting efficacy to help tackle the issue of rising electricity costs. Andrew continues explaining that the UK has been hit with energy prices that have doubled since the end of 2021. Obviously, the commercial sector isn’t insulated from these rises, and this very much affects the way vertical farms are looking at their energy use today. 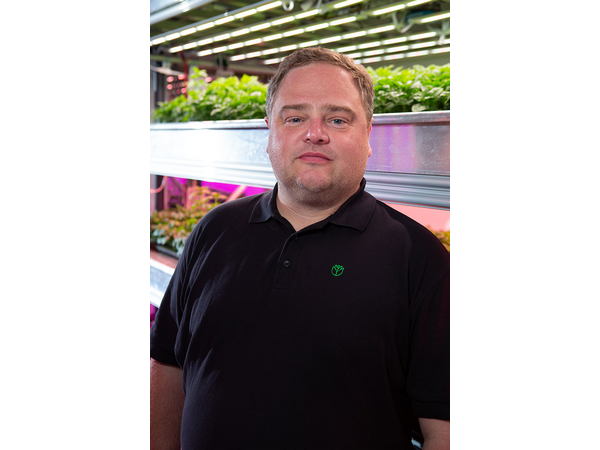 Better yields, lower energy
The company has already seen a noticeable increase in the number of inquiries coming through that is primarily focused on reducing OPEX costs. VU is in an excellent position to help as energy reduction has been a key part of R&D trials from the beginning. “The focus of our R&D has been on maximizing the usable spectrum of our luminaires. We work tirelessly to increase efficacy and efficiency, maintaining yields whilst using less energy to achieve them.”

According to Andrew, the difference with a more conventional broader-spectrum luminaire is that it uses phosphor-converted white LEDs to deliver light which comes at a higher cost in energy consumption as, in many cases, this leads to a decrease in μmolJ-1 value resulting in increased running costs. Using one of our more tailored spectra often leads to a higher initial CAPEX but the resulting OPEX cost can be up to 18% less than competitor products, in turn allowing for a shorter payback period and better ROI.

“In the beginning, we thought our modeling was a little on the optimistic side, but we’ve found results from installations have matched expected results closely. This gives us great confidence in a market where the demand for high-efficiency products are in great demand. VU has already developed a version of their Horti-bladeTM luminaire that has increased light output within the same footprint. Other developments in our pipeline are very much based around increased efficacy and efficiency,” Andrew affirms. 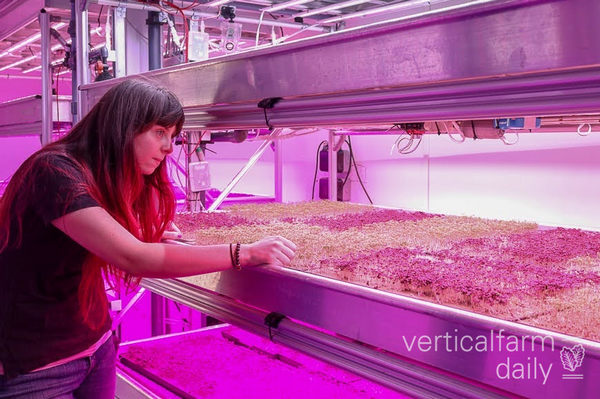 Lowering costs
Andrew notes that the team was already researching a new wave of products focused on increased efficacy and efficiency. “VU already has a reputation for highly efficient luminaires, but we are keen to keep pushing the technological boundaries for what is possible.” In current circumstances, the pertinence of research has increased severalfold.

One key focus of development is maximizing the PPFD of the luminaires whilst maintaining aligned grow spectra, with creative solutions being developed for multiple use cases, according to Andrew. “For instance, with Horti-blade the topic of increasing the photosynthetic photon efficacy (PPE) has been tackled with a value of 3.41 μmolJ-1 is currently being achieved. The product also makes use of custom total internal reflective optics to ensure that the maximum number of photons produced are targeted at the crop.” 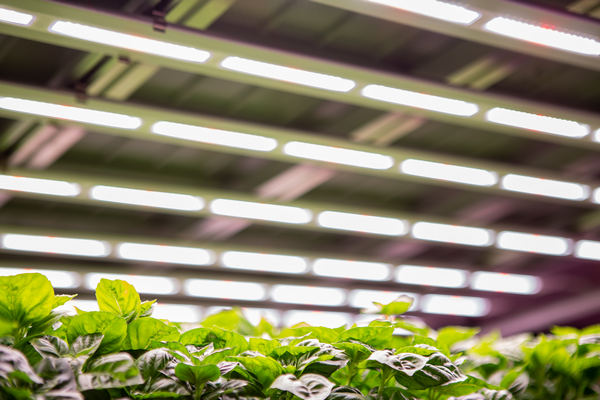 From supplying lights to complete control
Andrew sees farms of the future embracing artificial intelligence; a topic of conversation he’s been discussed quite frequently lately, as later this year VU will transform into a full-blown agri-tech business with the launch of their own AI-based control and monitoring system.

Andrew explains that the aim of the system is to help farms automatically correct and improve their production efforts. “I like to compare it to a Tesla car; continuously monitoring the conditions & environment, predicting future issues, and adjusting as needed. I believe the farms of the future will eventually be run harmoniously and autonomously by AI-controlled systems with greatly reduced human input.” 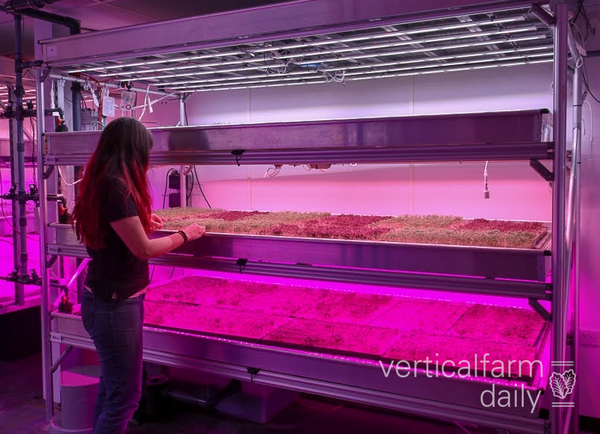 Whilst VU has been developing in-house, a proprietary sensor hub with a unique ‘fit and forget’ format that has a 10-year battery life and communicates wirelessly with the system. When it came to developing the AI software, they looked to the leaders of the field partnering with the team at Microsoft Azure.

“Through our partnership with Microsoft, we’re confident in reaching a point where cameras integrated within the farm can predict health or early-stage anomalies and remedy the problem to maximize yield and minimize crop loss,” Andrew said before letting slip that VU’s new software will be called H.O.R.I.S.S and is due to be beta launched sometime in Q4. Besides this new software, new sensors and lighting solutions are also due to be launched in 2022 and showcased at GreenTech Amsterdam in June. 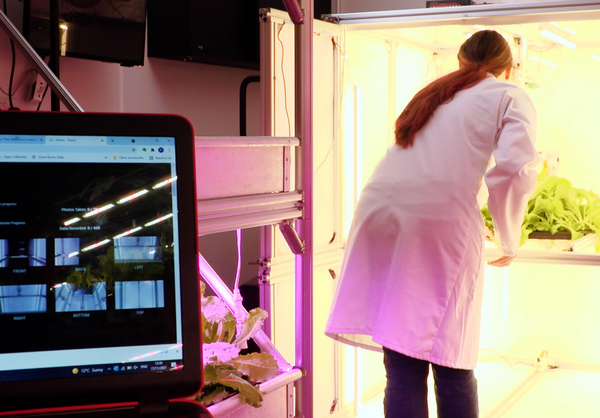 Focus on energy efficiency
A key part of the success of VU is the work of their plant science team whose trial results guide the R&D process. Their input is especially important in the development of tailored spectra for different crops and specific use cases. With plant biologist input they gain an understanding of how to target specific goals such as quality, flavor, or biomass, allowing them to improve spectra iteratively. “Broader-spectrum lighting definitely has its place in terms of product offering, however, VU’s highly tailored spectra is a great option for the hyper-efficient autonomous vertical farms of the future.”

You’d be wrong to think that price and bar size are still the main drivers of the market, according to Andrew. “That would be like buying a road car and expecting it to perform like those in F1. Energy efficiency is becoming a much more dominant part of the conversation. The initial outlay can be larger, but the increased efficiency means that the investment is paid back much faster.”