"If it's not the pandemic or Brexit upsetting the applecart, then it's Putin hindering the global market," sighs Kees Havenaar of Frutas Luna in Roquetas de Mar, Almería, Spain.

Kees Havenaar among the bell peppers.

"Trade went well this season and was stable throughout winter. There were no crazy top or bottom outliers; we could just trade nicely, with prices that suited everyone. Cucumbers, for example, met acceptable prices all winter, as did eggplants and zucchini. Prices didn't reach €3 or €4/kg; they were simply good. Also, there was good demand for mini cucumbers this winter, though completely dropped off now that the Netherlands has its own cucumbers." 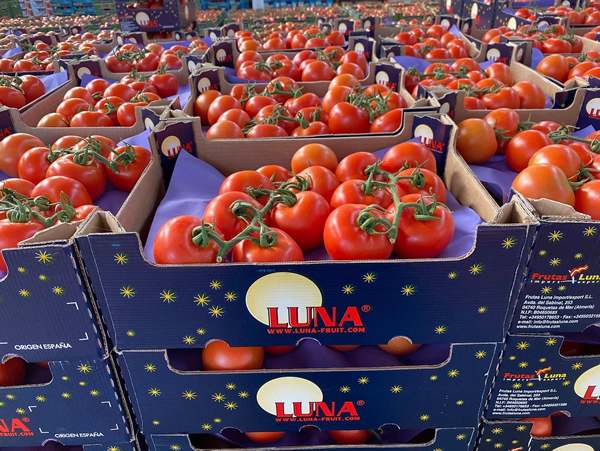 "Spanish tomatoes, especially TOV, had a great season too. That's been going for about three months. There's plenty of demand and a shortage of supply in the market. There are just not enough Spanish, and certainly no Dutch or Belgian tomatoes," Kees says.

"They're not under lights; that costs too much. So, we're getting nice prices. We started around €7, and they have been around €10, €11 for more than a month now. I think this will continue for another week to ten days at most. Then the Netherlands will take over. Cherry tomatoes just weren't there, at least not enough to fill the market."

"The demand for Palermo sweet peppers was dramatic this winter; no one really wanted these. That began picking up ten days ago. But the plants are empty, so they'll certainly remain expensive until the Netherlands has enough to fill everything. But this period's too short to make up for the winter and spring seasons. The bell peppers weren't terrible, but neither were they fantastic. If I had to grade them, I'd give them a 7," Kees continues.

"There were no outliers in the yellow varieties this year. The green bell pepper market remained stable until three weeks ago, when it suddenly shot up. With red bell peppers, growers had to wait a long time for prices of around €1.30. Each time they tried to get those, they were unsuccessful because the supply would increase again. There's been a little less on the market in recent weeks, so prices have reached between €1.30 and €1.35, where they've stayed."

And then it began
"But then it began. With the Russian sanctions, the European market suddenly had a surplus of products from countries like Morocco and Israel. The season's final sprint is, therefore, not looking as rosy as it did two months ago," Havenaar explains.

"Energy costs are high in the Netherlands, so we'd expected less and later supply. But now, it's much sunnier in the Netherlands, so there's more Dutch product available. And then there are the Moroccan and Israeli bell peppers. Plus, Murcia starts in three weeks. The situation's generally tricky, but we'll see what happens." 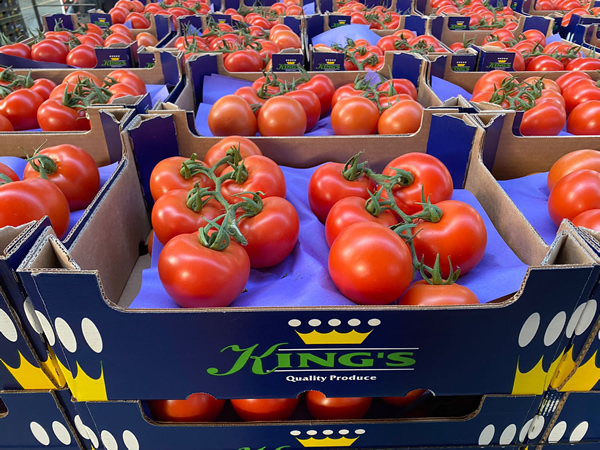 "And there's currently a transport crisis. Many transport companies simply can't do trips anymore. The high fuel prices mean they're working at a loss. Nobody knows how long this will last. We came through the winter unscathed, and we're going to continue doing well. We survived the pandemic, the uncertain Brexit. And we'll get through what's going on now too. Our hearts go out to the war victims. We hope that will be over soon," Kees concludes.