Last week, the Southeastern Produce Council held its annual Southern Exposure event, themed the Marvel of Produce in Orlando, FL. To say the event was well attended would be an understatement. It was busier than ever before with a sold-out keynote luncheon as well as a trade show. The social events also attracted a big crowd. “The bar was a feeding frenzy,” said Howard Nager with Pacific Trellis. For many attendees, this was the first event they attended since the start of the pandemic and people were just excited to see each other face to face and get back to normal.

Southern Exposure is a 3-day networking event that starts with a golf tournament on Thursday, followed by educational sessions on Friday. Saturday, its final day, saw a full agenda with a keynote luncheon in the morning and an afternoon trade show. In big contrast to last year, this year’s event attracted a record 2,800+ attendees. Not only was the trade show sold out for exhibitors, it also reached capacity for general attendees. “It’s a breath of fresh air to see people back in action again,” said Neil Merritt with Bard Valley Date Growers. “Traffic is amazing, and the quality of attendees is second to none,” added Jose Roggiero with Freshway Produce. Make sure to mark your calendars for early registration next year as there even was a waitlist for the keynote luncheon. 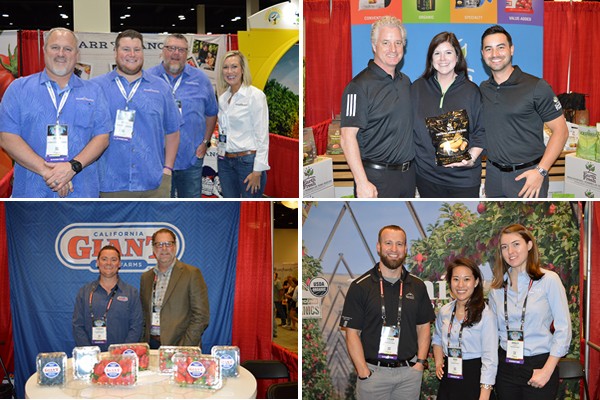 Buyers have returned
With a concise 5-hour trade show window, all attendees walked the floor at the same time, which made for a packed event. Some aisles were so busy that it was challenging to maneuver the crowd. Due to strict travel policies, many retailers didn’t allow their employees to travel these past two years. However, that has clearly changed as the red retailer name tags were visible all over the event, making for a high buyer-to-supplier ratio. With over 530 self-registered buyers, the buyer attendance record was broken as well. “It is great to see the retailers are back again,” said Martin Jensen of Chestnut Hill Farms. “It feels like we are back to normal with face-to-face meetings.”

Packaging is high on the agenda
A total of 275 companies exhibited, their booths divided over two rooms. Between the two exhibiting halls, there was a section with Innovation stations, allowing companies to show their latest developments. Envy apples in premium gift boxes were on display and Catania Worldwide showed its latest product addition guava. The innovation station of Hazel Technologies showed how a small sachet extends shelf-life of produce. On the show floor, the main focus was on packaging. Mucci Farms has an entire new line of 100% recyclable linerless paper packaging and Red Sun Farms is transitioning from black clamshells to clear PET for increased recyclability. 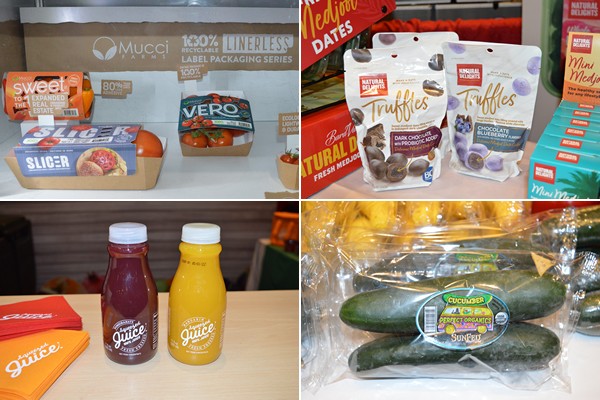 Another development in the packaging segment is the shift from selling bulk to retail packs. Freshway Produce now offers dragon fruit and other exotic fruit items in clamshells for retailers and club stores. SunFed has found much success with selling its organic green bell peppers, cucumbers and squash in a 2-ct. modified atmosphere wrap that extends shelf-life. Outside of the packaging segment, Trinity Fruit has expanded into juices and is very excited about the launch of its not-from-concentrate pomegranate and mandarin juices. 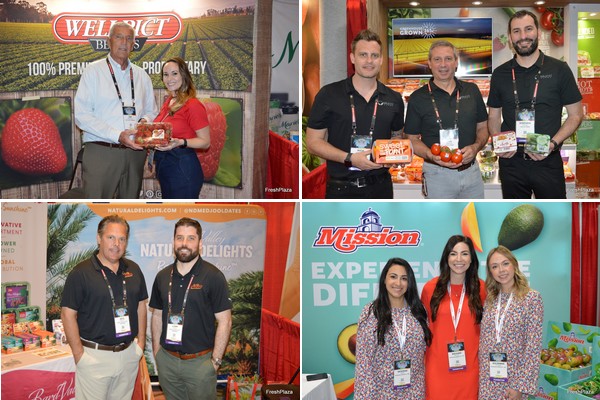