Before the use of bumblebees, British tomato growers used various methods of physically agitating their plants to encourage pollen to transfer from the male to the female parts of the flowers.

The simplest and least labour intensive methods of agitation involved spraying the plants with water or hitting the crop wires with a stout stick, but the most effective method required each flowering truss to be touched with an electric vibrating ‘wand’. The latter was extremely labour intensive, and the wands could cause damage to existing fruit. All the physical techniques were imperfect as they were difficult to time the activity to coincide with the optimum condition of the flowers.

Consequently, the fruit set was usually incomplete, with many growers achieving less than 80% of the crop’s potential. It was also common for set fruit to be misshapen due to uneven seed development, which led to downgrading and additional financial loss. 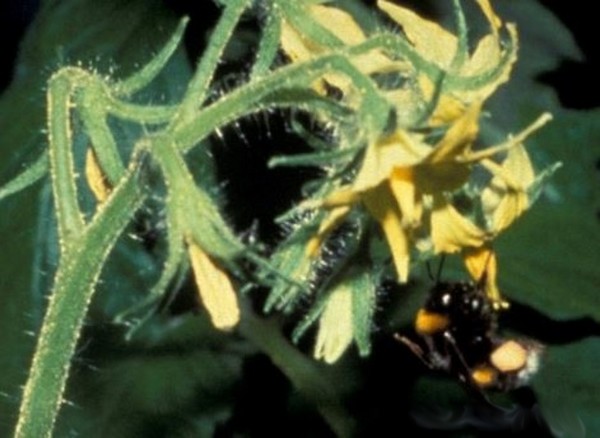 The first 25 years of pollination with bumblebees
Biological pollination of tomato crops with bumblebees was pioneered in Belgium by Dr Roland de Jonge (Biobest bbv) during the mid-1980s. Within a few years, three northern European companies were producing commercial quantities of bumblebee colonies. They independently tested many populations of Bombus terrestris in Belgium, the Netherlands and the UK to determine which could be reared most efficiently in culture and which provided the best results in tomato crops. The companies independently selected two subspecies native to mainland Europe; B. terrestris terrestris (Btt) and B. terrestris dalmatinus (Btd). The British native subspecies, B. terrestris audax (Bta), was dismissed due to inferior performance.

The non-native bumblebees were first introduced to British tomato growers in 1989 via crop-based trials hosted by Gerry Hayman (John Hall Nurseries) using bees supplied by Phil Walker (BCP Ltd) (Anon. (1989). The real thing shows electric bees the door. The Grower. 11 May 1989.p39-43). The benefits were so great that by 1992 bumblebees were being used to pollinate virtually all long-season tomato crops in the UK. There followed a few revisions to hive design and some tweaks to hive placement programmes, but the pollination system was so reliable that growers soon came to expect near-perfect fruit set with minimal maintenance. 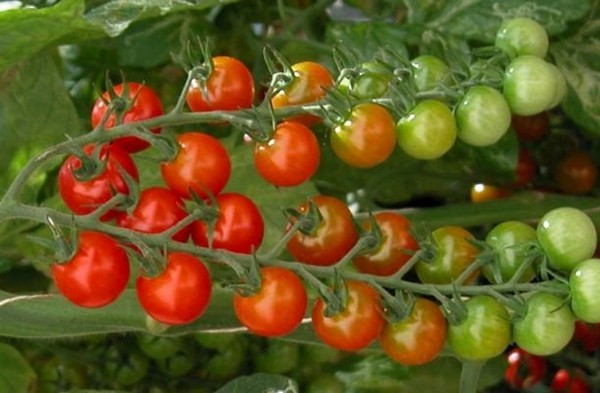 Policy change by Natural England
From 1989 to 2014, class licence WML-CL22 permitted British tomato growers to use non-native bumblebees to pollinate their crops. In 2014, Natural England (NE) instigated an open consultation inviting interested parties to consider the intention to withdraw this licence (Natural England, 2014). The document supporting the consultation presented the possibility that non-native bumblebees could escape from glasshouses and become established in the UK. They suggested that non-native subspecies could hybridise with wild Bta leading to the introgression of genes from non-native subspecies into the Bta gene pool and local extinction of Bta. In addition, NE proposed that the use of non-native subspecies could lead to the transfer of harmful parasites/pathogens from commercially reared Bombus terrestris to wild bumblebees in the UK.

The Tomato Growers’ Association (TGA) had serious concerns about the quality of the evidence base available for the policy review. This was highlighted in a formal response to the NE. Following the consultation, NE did revise its policy and permission to use non-native bumblebees in unscreened glasshouses was withdrawn from 31 December 2014. Commercially reared native Bta could still be used without a licence.

Early experiences with Bta
The use of Bta during the first season (2015) proved to be less reliable and require higher maintenance compared to the non-native subspecies to which growers had become accustomed. In fact, several growers suffered such poor results that they reverted to the labour-intensive manual methods of pollination that had not been used since bumblebees were first introduced.

A preliminary survey of TGA members, conducted by email at the end of the 2015 season, indicated that 80% of respondents were ‘less than happy’ with Bta and rated their performance as only 60% of the non-native bumblebees. Some of the 20% of growers who reported adequate pollination by Bta said this had been achieved by using more colonies than had been required with Btt or Btd.

What has happened since 2015
British tomato growers have continued to experience intermittent problems with poor fruit set and, in some cases, have suffered significant financial losses, particularly during hot weather.

In 2016, the TGA Technical Committee formed a team to conduct an in-depth survey of UK tomato growers to gather more information about the situation and prepare a foundation of knowledge upon which a practical research programme could be constructed. Through the subsequent PE031 series of projects, British tomato growers are now seeking to better understand tomato pollination with Bta so that this subspecies can be used without suffering significant economic loss.