Although the first goods from the southern German greenhouse facilities are already available, imported lettuces from southern Europe still dominate the scene. "Italian lettuces are available in sufficient quantities, but the share of goods in the usual market calibers is rather weak and they are relatively high-priced," syas Stefan Ziegler, direct importer and wholesaler at the Nuremberg wholesale market, about the current market situation. 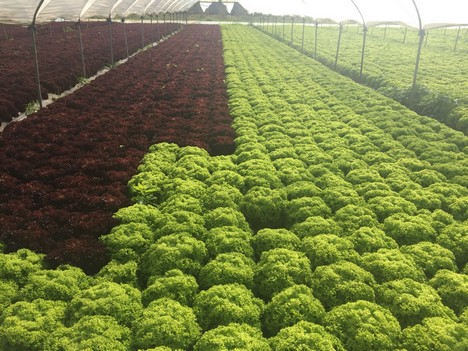 Colorful lettuces - such as the Lollo Bionda variety - are most frequently traded in boxes of 9/12. S. Ziegler: "This corresponds to a unit weight of 230 grams per head, while most heads of lettuce are currently around 150 grams. This difficult supply situation has existed since the beginning of the season." For Lollo Rosso, the situation is somewhat more relaxed, which, according to Ziegler, could also be due to the fact that the red lettuce variety is grown significantly more widely in Italy. 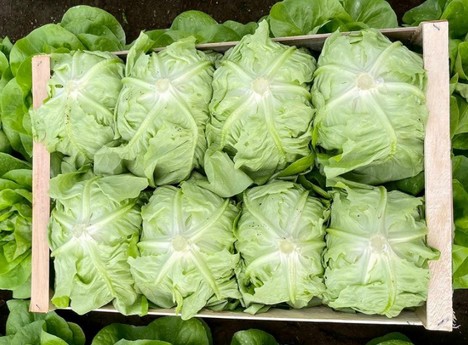 France as a reliable alternative
France has proven to be a reliable alternative this season, Ziegler continues. "In terms of volume and weight, we have been able to serve ourselves well via French products so far. On the other hand, these products are a lot more expensive than Italian ones. Italian lettuces are currently 7.50-8.00 euros/crate, while French produce is 9.50-10.00 euros/crate." Greenhouse produce from the surrounding Knoblauchsland is usually not yet in vogue. "Only when the first outdoor products hit the market at the end of March-beginning of April do we turn to regional producers," Ziegler says. 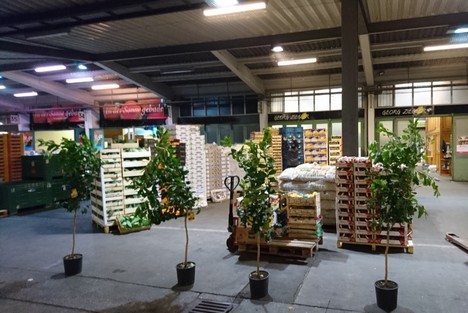 Stefan Ziegler now represents the 3rd generation to run the family business, which is based at the local wholesale market. 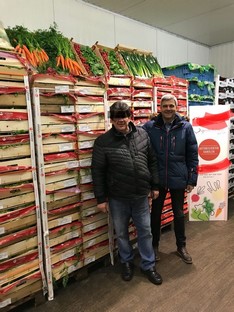 rona and the ongoing restrictions, the mood at the local wholesale market is 'relatively good,' he said. The weekly markets continue to do well, while the food service sector is more subdued. "In the latter sector, I see a certain 'last minute mentality'. In the pre-Corona days, you could have an extra box of something any time, but nowadays people buy exactly what they need when they need it. This is reflected in the volumes purchased: some restaurants in the city center only open in the evening, which means they only need about half as many products. This in turn also presents us with major procurement challenges. The flexible supply chain no longer exists these days."

However, Ziegler is confident that the worst part is behind them. "Contrary to the still high incidence values in our region, it seems that an easing of restictions is coming. I expect outdoor catering to be profitable again this spring, but for indoor catering I am a bit more skeptical. There will certainly be some aftershocks."