Australian tomato producer Kapiris Bros says the traditional Gourmet Tomato is still the most favoured variety, but there is certainly a growing demand for multi-coloured tomatoes, as they offer a unique experience for the consumer. The growing company does not grow the particular coloured varieties themselves, but they do partner with growers who specialise in growing unique, heirloom varieties. 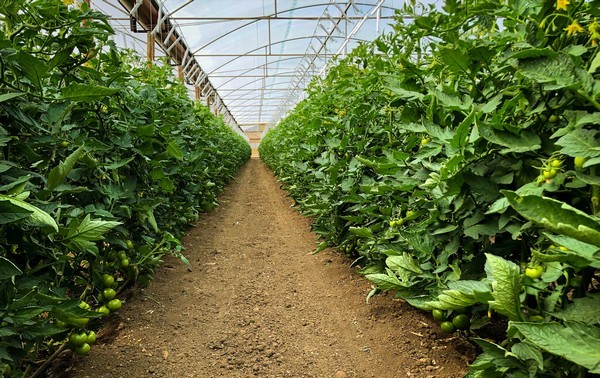 Managing Director, Harry Kapiris says the company markets and sells several varieties, including ones similar to those listed below, through the central wholesale markets to restaurant suppliers and specialised local greengrocers.

Yellow Roma Tomatoes
"The Yellow Roma Tomatoes are believed to have been developed in the 1950’s as a hybrid between two popular Italian paste tomato varieties, the famous San Marzano and another variety known as the Pan America," Mr Kapiris said. "They are known for their versatility, but many people fondly apply Roma varieties to canning, sauces, salsa and dehydrating. Many yellow varieties, including this Roma, are known to possess a less acidic flavour as well." 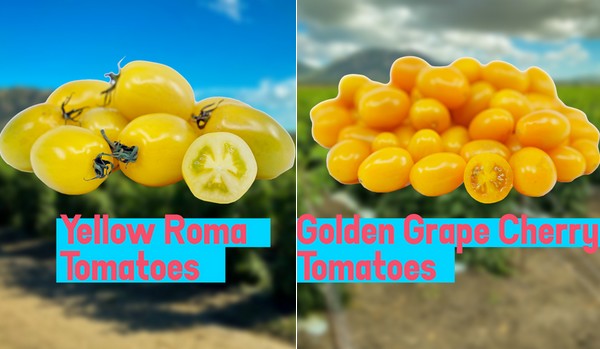 Golden Grape Cherry Tomatoes
"The Golden Grape Cherry Tomatoes are a hybrid variety from Taiwan. They are characterised by their petite, glossy and thin skin. Like the Yellow Roma, they are known for their low acidity and mild, sweet flavours. They can be applied as an alternative for cherry tomatoes in many recipes. Their flavour, however, holds up on its own, which makes them great for snacking, or serving fresh on salads."

White Wonder Heirloom Tomatoes
"White Wonder Heirloom Tomatoes are a beefsteak variety that can weigh from 400-800g. They hold a high sugar content and very low acidity with a favour that can be described as ‘melon-like’. They are typically characterised by their thick and meaty texture. This makes them great for eating fresh as well as slicing for sandwiches, burgers and salads." 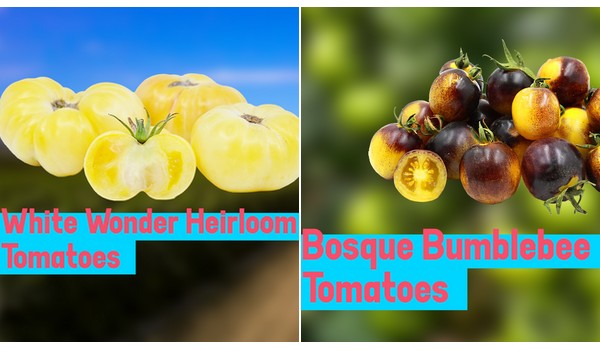 Bosque Bumblebee Heirloom Tomatoes
"Bosque Bumblebee Tomatoes are bred in the United States. They were first bred for the specific health benefits of their anthocyanin content, which is what gives the tomato its distinct blue-purple colour. They are known to have a mild somewhat citrusy flavour with a juicy texture. They are larger than a cherry tomato, but can still be enjoyed for snacking and are popular when added to salads in order to achieve not only a different look but flavour profile as well."

While demand for the above varieties is slowly growing, Mr Kapiris explained colourful tomato varieties appeal slightly more to the consumer that enjoys and prefers to experiment, spend time preparing and enjoying their food.

"However, varieties such as the Gourmet Tomato, cater to a wider consumer base as they are readily available all year round and can be applied to any dish as mentioned," he said. "Demand for Gourmet Tomatoes remain strong throughout the months of lockdowns and quarantines that we had faced. Consumers are inclined to prepare meals at home and are sourcing their fresh produce, namely their tomatoes, from supermarkets or their local greengrocer." 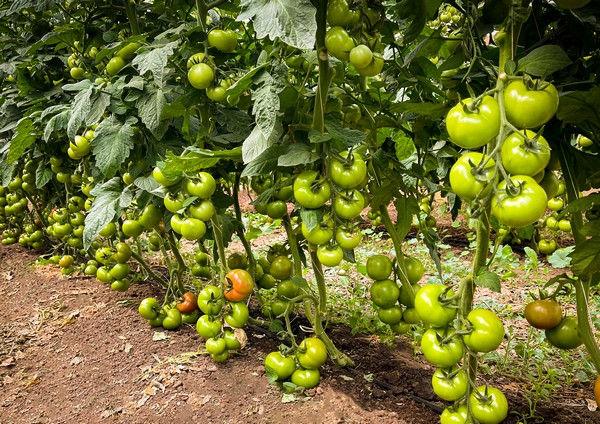 Kapiris Bros is not just expanding varieties and product ranges, but recent growth and development have taken shape in the form of expansion of undercover cropping in Two Wells, South Australia.