A tour of pepper varieties with Peter:

New year, new peppers; this seems to have gone through the mind of the people at Syngenta. The breeder is launching at least three new varieties in the colors green, yellow, and orange. Peter Colbers explains what makes these pepper varieties so unique. "We have two new green and yellow varieties on the market this year. Greenhouses are already full of them." 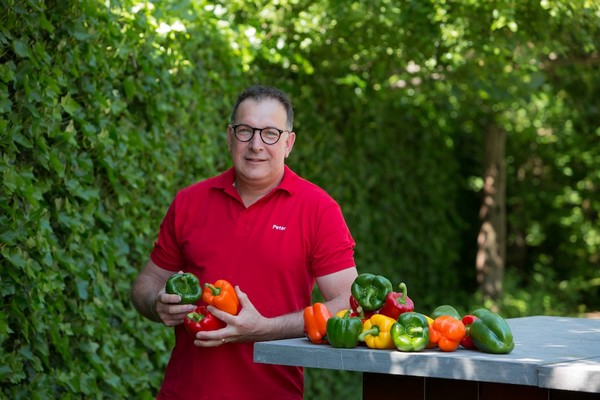 Y08951 (yellow) - less thinning, more fruit weight
We start with the new yellow pepper variety, Y08951, the name of which will be announced later this year. The variety will be officially launched very soon. "This variety has TM3 resistance and mildew tolerance," says Peter. "It came out of the trial last summer with a higher fruit weight than the standard variety, about 5 to 10 grams heavier. The new pepper gets that fruit weight from its vigor, which is greater during the summer compared to the current standard." 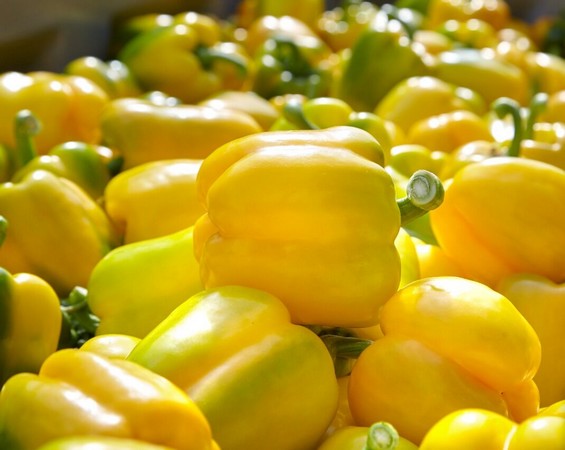 An additional advantage is that the new pepper is also more labor-friendly. "With a lower fruit weight, you always have more harvest labor. On top of that, thinning is not necessary with this variety to keep the fruit weight up." A nice touch, because the period of thinning usually falls in the middle of the summer holidays when labor is especially scarce. "Nowadays, growers also look at the turnover of a variety: how many hours of labor does it require?" 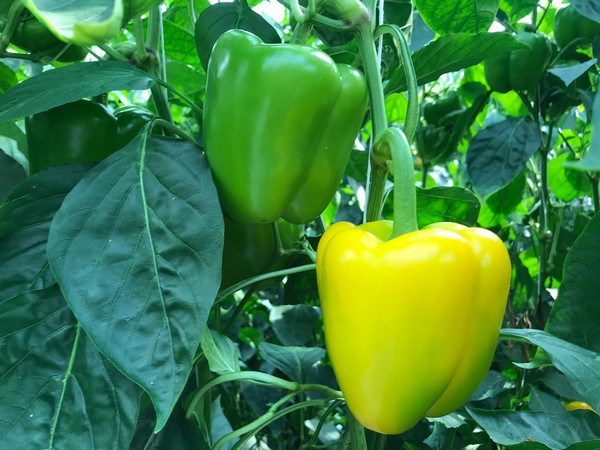 Another important plus of the new variety is that it is strong against indoor rot. "We have done many trials on this, where sometimes very interesting varieties were discarded because they were not sufficiently resistant to internal rot. We think varieties should be an improvement in the market."

PR10215 (green) - fast and productive
The next newcomer is the green pepper PR10215. This is in the coarse segment, with a slightly lighter fruit weight than the standard. "We have two cultivation companies full of this, as well as many trials." 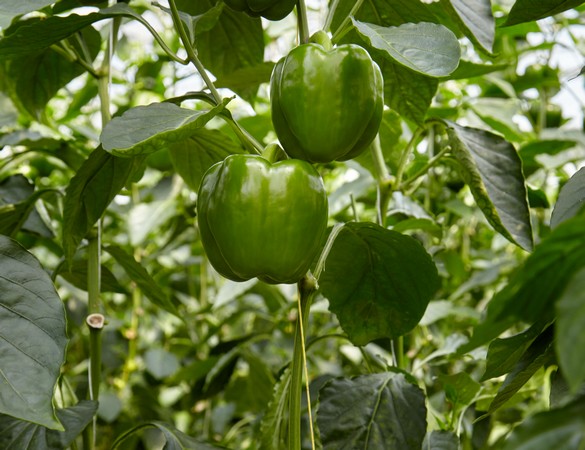 According to Peter, this new variety is characterized by its easy setting in winter and rapid outgrowth. "It is a few days faster than the standard variety." Another advantage for growers is the slow coloring of the green pepper: "It doesn't turn color too fast, it turns color very slowly. And in terms of color, it is also a nice dark green. That's why it can also be grown in Belgium, where they are quite strict about color and fruit quality." That will also be music to the ears of Pieter Stijnen, the tomato man who will also be taking on the pepper market in Belgium on behalf of Syngenta. 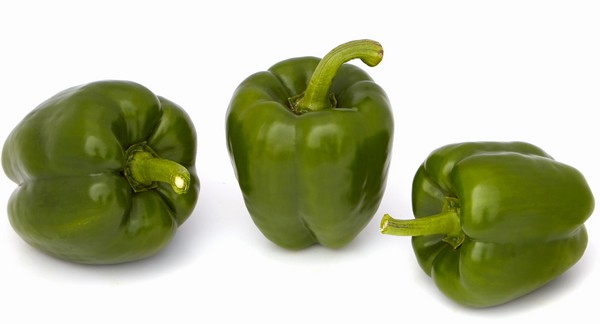 Furthermore, the variety has TM2 resistance and is relatively easy to grow. "It is generative and sets easily; you don't have to take extreme actions to get it to set. This, in turn, makes it very easy to grow at speed." In trials and with growers, the PR10215 variety came out best in terms of production. "You don't have any harvest peaks with this one, because of its easy setting, and that's exactly why it has a higher total production."

O06927 (orange) - strong against internal rot, high fruit weight
The market for orange peppers has been searching for a good new specimen for a few years now, which is why Peter is especially happy with the new variety O06927, which features in many trials with growers in the Benelux. "In the orange market, growers have a hard time achieving production. Indoor rot, in particular, has been a big problem in recent years." 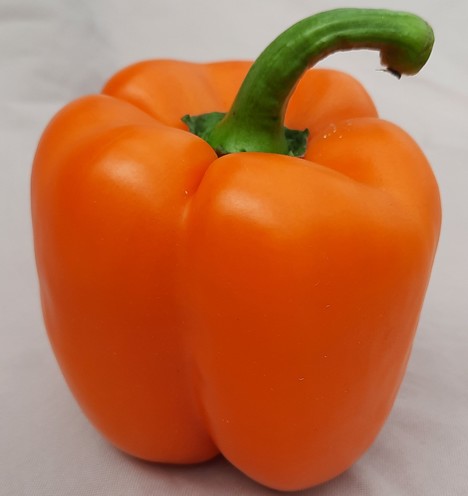 According to Peter, the new orange pepper shows to be a lot stronger against inside rot than other varieties. The new variety, with the TM3 resistance that is currently the standard, also has a higher fruit weight. "And it is a beautiful dark orange, which really sets it apart from the yellow peppers."

Furthermore, Peter describes the O06927 as a vigorous variety that guarantees good production. "We are really comfortable with this variety, and are therefore quite proud," he says, expressing the expectation that this is the last year of testing. "We ran it internally for two years, and this year the variety has been widely deployed at external locations. It is really promising."

Red news
We have now seen three colors of peppers, but Syngenta currently has many trials in red running as well. "We already have quite a wide range in red pepper varieties. From Gina in the coarse segment to Kalvin and its smaller sister Bodina."

In the coarse segment, a new red pepper is coming. Peter gives a hint. "It has very good production, as we have seen in the past year. The growing conditions are also slightly more favorable."

So the news about Syngenta's (new) peppers will be continued.