Defra has been urged to respect the results of the official ballots on statutory levies for horticulture and potatoes as its consultation on reforming the AHDB Order 2008 comes to an end.

Ministers say that the consultation, which closed on 10th January, is necessary to allow them to proceed with the proposed changes to the statutory instrument which currently imposes a levy on agriculture and horticulture - including proposals to remove the levy on horticulture and potatoes. However, campaigners against the levy have expressed concerns that the consultation could be used to overturn the clear result of the previous statutory vote to abolish the levies, the results of which were announced early last year.

Lincolnshire vegetable and potato grower John Bratley, who was one of the growers who helped trigger the formal ballot, says, “The two ballots had participation rates of 66% of eligible levy payers for horticulture and 64% for potatoes, and returned a clear majority against continuing with the statutory levy; 60% percent against a horticulture levy and 66% percent against a potato levy.” 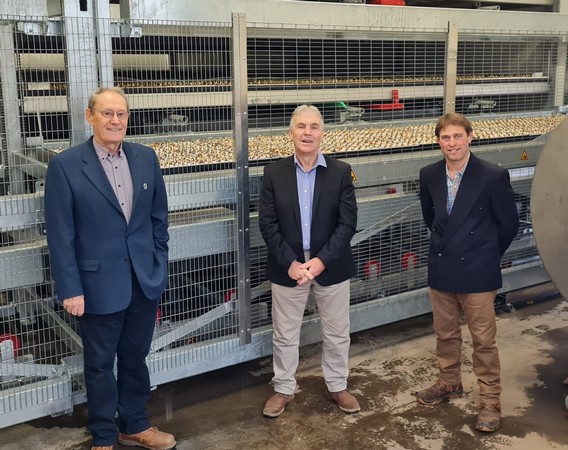 In fact, when all returned ballots are included, the turnouts were closer to 78% and 73% respectively, suggesting that the levy of discontent with the levy among growers is even greater than officially recognized.

Low industry response
John continues: “However, the last time Defra conducted its own consultation on AHDB in 2018 it obtained only a 0.5% response from the industry. This latest consultation exercise has been equally badly organized and poorly promoted, and so there is a danger that a vocal minority of growers who support some form of compulsory levy could influence the result. It is therefore crucial that Defra respects the result of the ballot, which was organised under the existing statutory instrument, and scrap the statutory levy for horticulture and potatoes.”

Lincolnshire vegetable farmer Peter Thorold went further. “More than 480 horticultural growers and more than 790 potato levy payers vote to abolish the statutory levy and do away with AHDB which provided them with little benefit in return for the vast sums of money being collected,” he explained. “Based on previous experience, the Defra consultation is unlikely to attract more than handful of responses, and so it is crucial that these are not allowed to overturn such a clear mandate to abolish the levy. Also, previous submissions by the National Farmers’ Union (NFU) and the Horticultural Trades Association (HTA) have cast doubt on their ability to accurately reflect the views of the majority of their grower members in such a consultation.”

However, the AHDB Petitioners as they have become known, welcome the overall process and the chance to reform horticultural R&D in the United Kingdom. Flower grower Simon Redden comments: “As predicted, R&D is already continuing without funding from AHDB, and this is a chance for horticultural research to be as dynamic and fast-moving as the industry that is funding it. We also agree with other groups that the Government should do more to invest in this area.

“There is a recognized, and easily rectifiable, policy disconnect between the costs of poor diet (which costs the NHS around £6 billion a year), and support for domestic production of fruit and vegetables. Last year agriculture received some £3 billion in direct support payments, and a small proportion of this (around £15 million) directed at support for R&D in horticulture and potatoes would represent a demonstrably good investment in the nation’s long-term health.”

The petitioners are calling on the Government to set aside this amount, or more, as ‘R&D Funds’ specifically for horticulture and potatoes, which could be applied for by individual growers or grower groups when required with a minimum amount of bureaucracy. Such as scheme would not require the involvement of a body like AHDB (or any successor), and growers would still be able to access enhanced tax relief.

Growers operate in a fast-moving and very competitive marketplace. They welcome targeted R&D, and recognize it as essential to their businesses, but do not wish to be patronised or to support their direct competitors, both of which have occurred with direct levy-based systems.