Are we getting anything out of it? That was the message sung in The Hague near the Binnenhof during the protest by the Dutch greenhouse horticulture sector to draw attention to the energy crisis. The protest was initiated by Glastuinbouw Nederland. 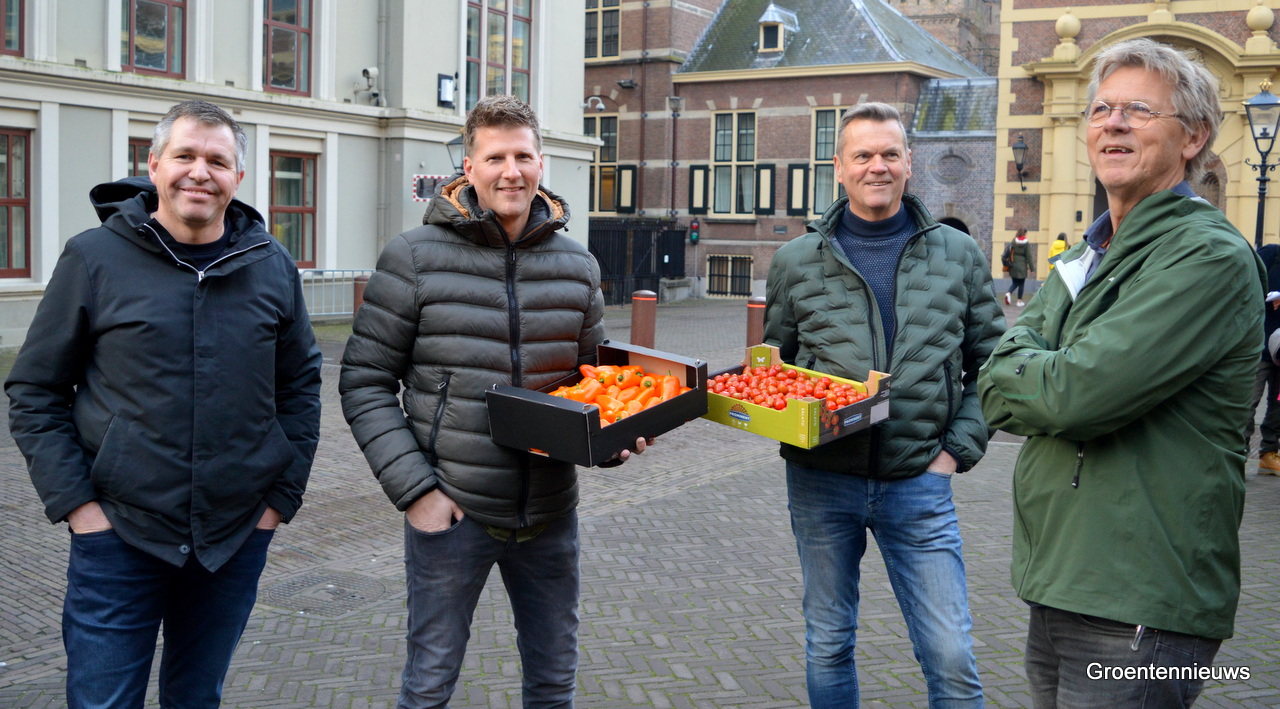 Growers Jack, Richard, Bert, and René had come along to The Hague.

Tomato growers Jack Groenewegen and Richard Hartensveld and ornamental plant growers Bert van Ruijven and René Hendriks were present when their urgent letter was handed over. They spoke to the national press, as did President Adri Bom-Lemstra and energy specialist Alexander Formsma of Glastuinbouw Nederland .

A musical start to the protest was made by jet duo Komfort & Joy, who sang a topical version of the song 'Brengt 't nog wat op' ('Will there be anything left over') by Westland formation De Kromme Jongens.

Boycott
The growers explained the short and long-term consequences of the current high energy prices. Bert van Ruijven said that, apart from the high energy prices, he was also very concerned about the geopolitical situation. This is causing a lot of unrest in the energy market, but could also have disastrous consequences for the sales of his chrysanthemums. "I am really worried about what could happen if the relationship with Russia cools down further. If Russia decides to boycott, that would be disastrous for all ornamental plant sales in Russia, where Women's Day on 8 March always guarantees good sales." 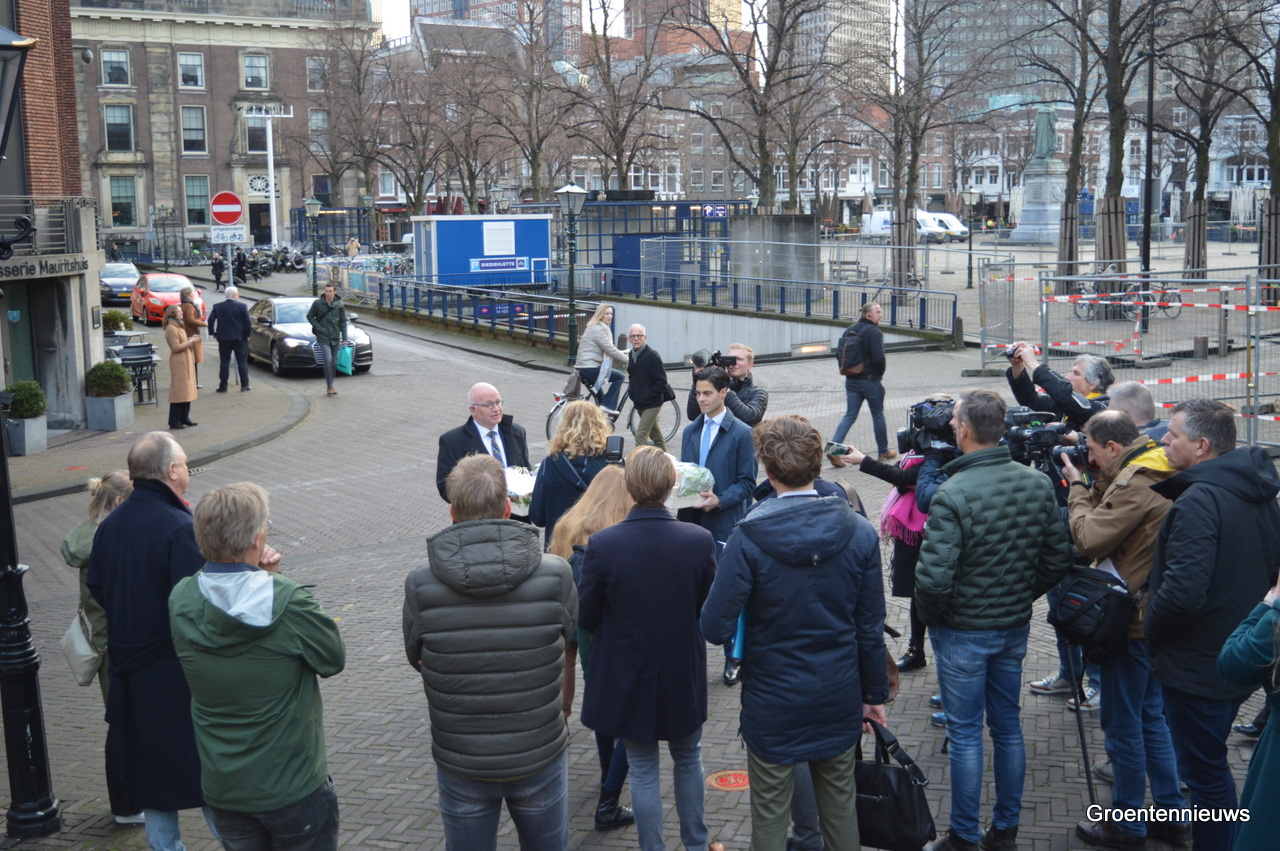 Adri Bom-Lemstra addresses the ministers on behalf of the growers.

Market position
Tomato growers Jack and Richard explained that the high prices are currently resulting in less product being grown. Richard: "Despite the fact that in recent years we have all been building up a good market position with year-round lit cultivation, this type of cultivation will be increasingly hampered if energy prices remain as high as they are now. Jack: "A slightly higher price for your product if gas prices remain high is something we can talk about. You can probably pass that on, but with the current level of high prices, it's impossible. You can't grow in the long run for that." 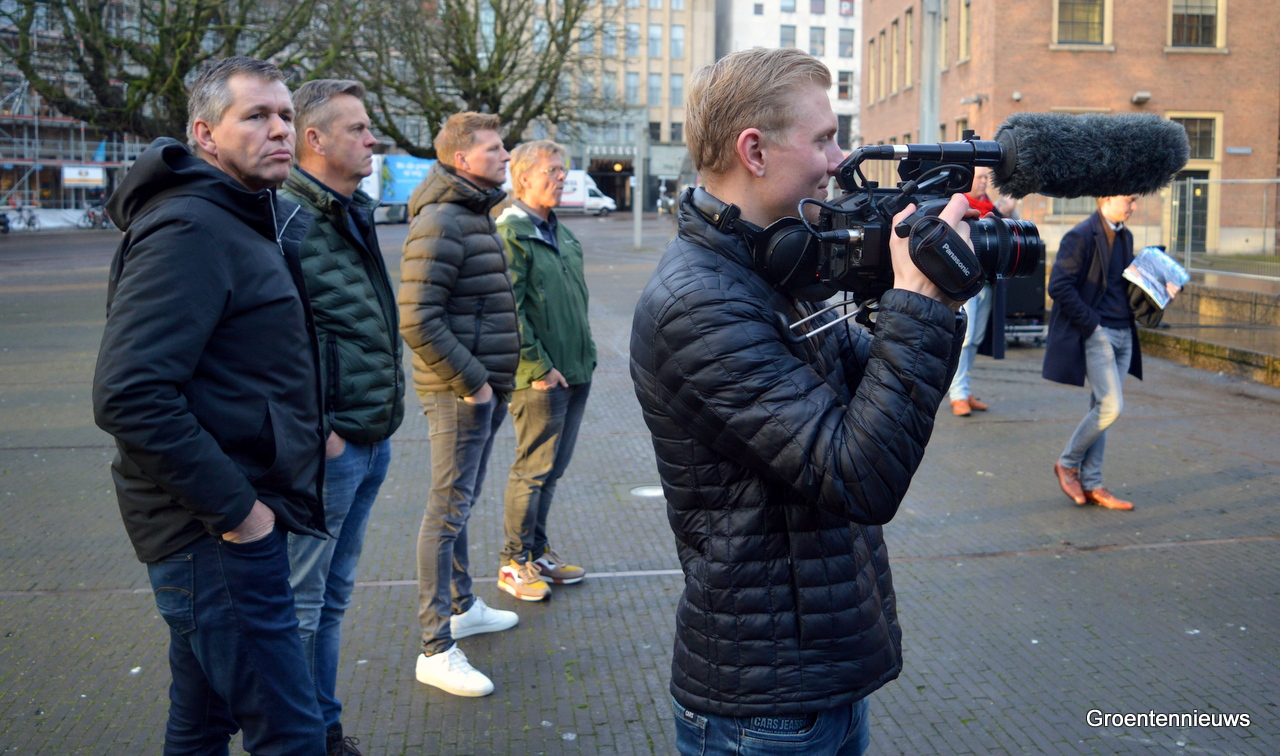 The national and trade press were present

Geopolitical landscape
These are issues that everyone in the sector acknowledges and that were brought to the attention of The Hague once again with this protest. René Hendriks also spoke to goverment representatives. He had done his homework well and had researched the new Hague administrators thoroughly beforehand, so that he could triumphantly single out every lawmaker this morning, including the non-energy crisis-related members of government. Yet, that didn't take away his concerns. "When the COVID crisis came, we knew fairly quickly that we were going to receive aid. We got out of that in good time. It was possible to get a lot done with some creativity, including in terms of sales. This is different. We are powerless in this geopolitical situation." 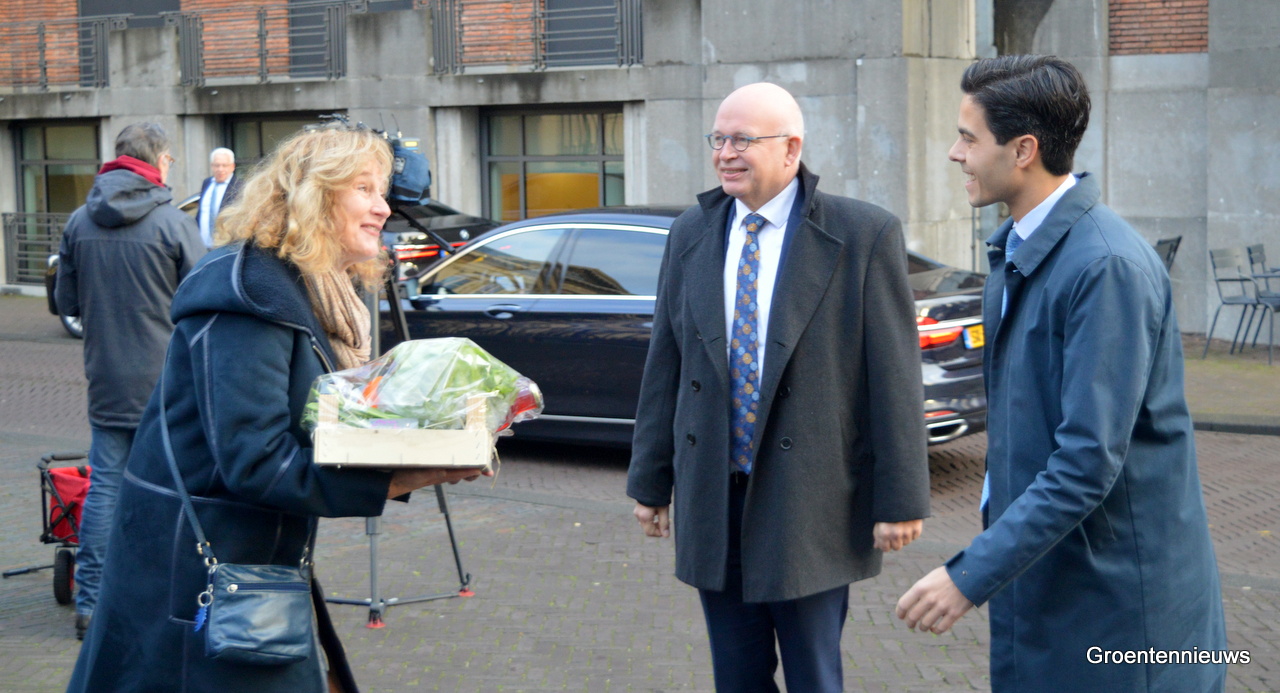 Support
At around 10 a.m., when the ministers Jetten and Staghouwer, responsible for the energy crisis at the Climate and Energy and Agriculture, Nature and Food Quality ministries, came out, it was Adri Bom-Lemstra's turn to hand over a crate of vegetables to both of them, and to convey her message on behalf of the entire Dutch greenhouse horticulture sector.

The chairman made it clear that the current high prices are destroying the sector financially. As a result, the desired energy transition and improvements in sustainability are at risk of stagnating. The chairman, who has recently been talking a lot with policymakers, has plenty of ideas, although she is very much aware that The Hague can't simply take the price of gas down. "Companies have to be able to survive now in order to become more sustainable later. Sustainability is already well underway and companies in our sector have already taken many steps, but in this way, there will soon be no money left for sustainable investments."

That is why the chairman hopes that The Hague can help, for example by supporting growers in recapturing energy. This might become very difficult for an increasing number of growers, especially when banks look at the rapidly shrinking growers' balance. "A government guarantee to enable these growers to lock in their energy could be a solution." 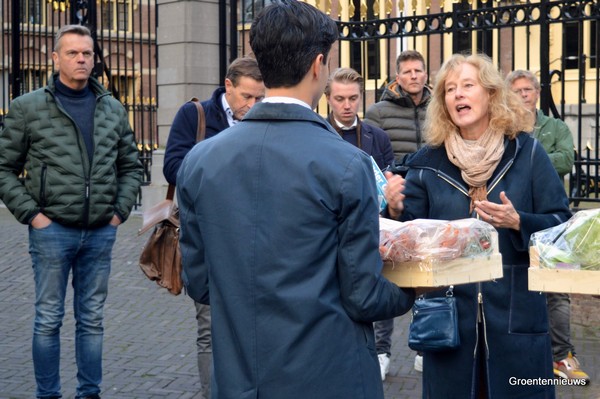