"The pandemic has only improved our professionalism"

The new strawberry season is in full swing in Huelva. This southern Spanish province is Europe's largest strawberry cultivation area. Every season brings challenges, many unexpected. But the 2020/2021 season's results already suggest it was great.

Last year, the Filomena winter storm hit the area. So, production was low in the season's first quarter. Despite that, six percent more strawberries were exported in December and January. That value increased by 19%. That is according to the Andulisian Price and Markets Observatory. In the process, Class I strawberries reached their highest price ever, €1.34/kg.

"The 2021/2022 season has gotten off to a good start, crop-wise. The fruit we're harvesting is of reasonably high quality," says José Carlos Romero, CEO of Good Berry Fruits. "Prices are a little lower. That's because of the pandemic and the current wave of infection. That's affecting the general economic situation." 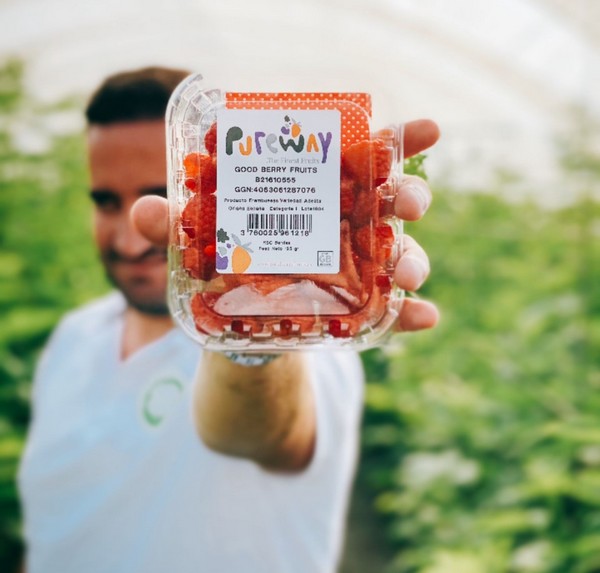 Good Berry Fruits' export figures have risen sharply since it was founded in 2019. "We have professionals with more than 20 years' experience in the soft fruit sector. We dared to take the leap in 2019 and began a new project with younger people. They have new ideas. They, and we, want to reach more destinations while protecting the environment. Many growers in Huelva share our philosophy," says José Carlos.

"The first year we started marketing soft fruit, we shipped products to three countries. The next year that rose to 20, and by 2021, our fruit was reaching 43 destinations. We exported 2,000 tons of strawberries, 3,000 tons of blueberries, 400 tons of raspberries, and 80 tons of blackberries last year. We've now added a nut line. We sell chestnuts from the hills in the north of Huelva."

The company offers soft fruit year-round. "The Spanish season is an absolute priority for us. Outside of that, we get the fruit from other countries in Europe, South America, and Africa. Europe is our main market," adds José Carlos.

"The Asian market was important for us last year too. But, this year, global logistical problems have made exports almost impossible. However, the pandemic has also made us realize we're capable of reinventing ourselves. And we've all become far more professional."

A powerful sector
Sales declined in 2019/2020. That was when, at the peak of production, the pandemic broke out. Local consumption, thus, dropped. Yet, the sector managed to keep pace with the 2018/2019 season, sales volume-wise. It even grew by three percent. Last season, reports the Observatory, almost 350,000 tons of Andalusian strawberries were marketed. Of these, 99.6% came from Huelva; 23.8% of the total EU harvest.

"There's more professionalization in almost all countries of origin. That's partly due to government involvement and support in agriculture and horticulture, as in Morocco," Romero says. "But I think Huelva has the advantage of the experience gained over the years."

"And the constant threat of competition also encourages us always to offer clients the highest quality. If competition from other countries of origin threatens Huelvain strawberries, mid-season, that's more due to our failure than others' success," José Carlos concludes.