"Always being away and on the road is good for us"

You won't see them on building signs at greenhouse projects, because greenhouse heating installer Vvalo from Naaldwijk works for main contractors. To gain attention and recruit new people, he recorded a company video, last autumn. The subcontractor, which celebrates its 25th anniversary next year, is both growing and aging. "The number of young recruits is limited. After me, not many have come," explains Anton Valstar regarding his search for new staff. His father Anton founded the company in 1998 together with Mr Ad van der Valk and Mr Vita Lorente. 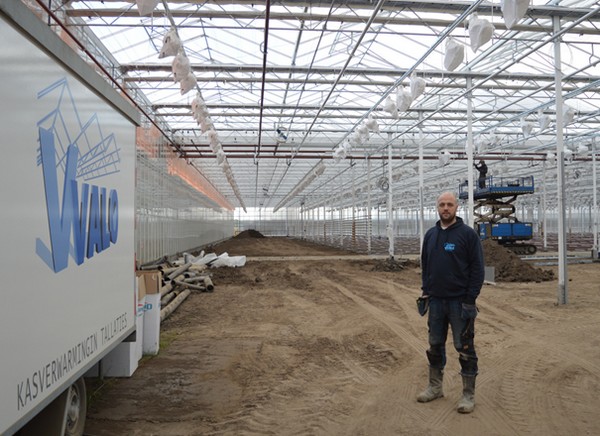 Anton Valstar, the son of founder Anton, in the new greenhouse under construction for Berg Lisianthus in Naaldwijk. In the background, one of the Vvalo employees is welding pipes.

International
From Naaldwijk to the global stage, a permanent team of thirty people is currently active internationally. "The market in the Netherlands is big at the moment. There are not many companies like us. In the years of the 2008 economic crisis, the Dutch market situation was more complicated. Then, we all sat down together, and we realized it all came down to a binary decision: choose or share. There was less work, so we started looking internationally. We did a lot of projects in the United States at that time. Yet, in recent years, there has been plenty of work in the Netherlands again." The United Kingdom and France are also main destinations for Vvalo's teams. "Recently, we also took on a project in Spain." 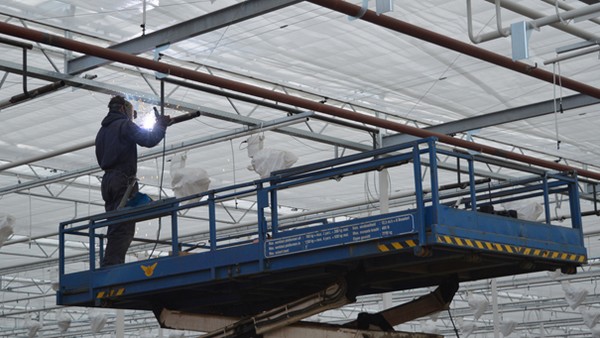 New construction
The vast majority of the work carried out by the greenhouse heating contractor is for new-build projects,  "Which is about 80%," Anton says. 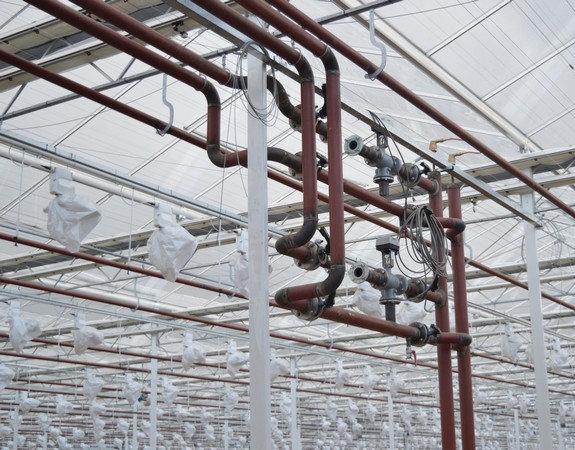 For Vvalo daily business, heating pipes in the greenhouse

Being away from home
Greenhouse horticulture projects have been getting increasingly bigger over the last few years. For Vvalo, this means that projects require more time and labor. It might as well be that one is away from home for weeks at a time. Not everyone is in favor of that nowadays, Anton notes. "That's why we take turns on international projects. Outside Europe, our people are usually away for a maximum of three weeks, within Europe for a maximum of 10 days. We also work with international staff. They are sometimes abroad for a longer time. We facilitate them in doing so." 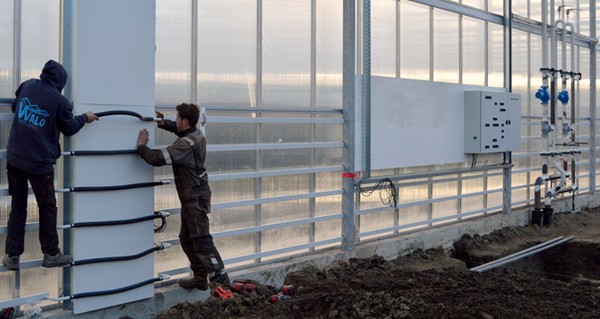 Attaching heating pipes to the greenhouse wall at Berg Lisianthus

Without fuss
The days when many Westland boys went straight from school to work in glasshouse horticulture are long gone, Anton has noticed. He himself was already working for his father's company in his teens. At first, as a side-job, but soon it became full-time. With the company video, he hopes to entice new people about heating work in glasshouse horticulture. “We chose to show what we do in two minutes, without much of a fuss," he chuckles. “I noticed that people hardly know what we do: we need to show that, and tell our story."