Recently, Dingdong online food delivery platform will exclusively launch milk honey tomato, a kind of "grape tomato grown by drinking milk and soy milk" in Shenzhen in early January. This high-quality fruit originated in Taiwan, was planted in Fujian, and first appeared on the dining tables in Shenzhen. 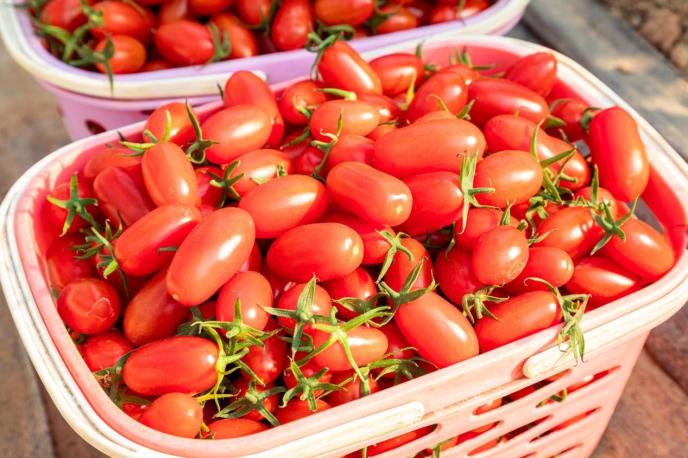 Taiwanese businessmen went to Fujian to plant "Grape Tomatoes", which are popular with the locals because of their thin peel and juiciness

It is reported that this kind of grape tomato originated in Taiwan, and is known locally as "the noble of tomatoes". The biggest feature is its think peel and juiciness. The sweetness is extremely high, and it contains lycopene, carbohydrates, vitamin C, fruit acid, carotene, and other nutrients. It has a strong antioxidant capacity, prevents cardiovascular and cerebrovascular diseases, improves immunity, and delays aging.

It is understood that in 2016, the seedlings of milk honey tomatoes were introduced from Taiwan for trial planting at the Houxi Base in Jimei, Xiamen, Fujian. 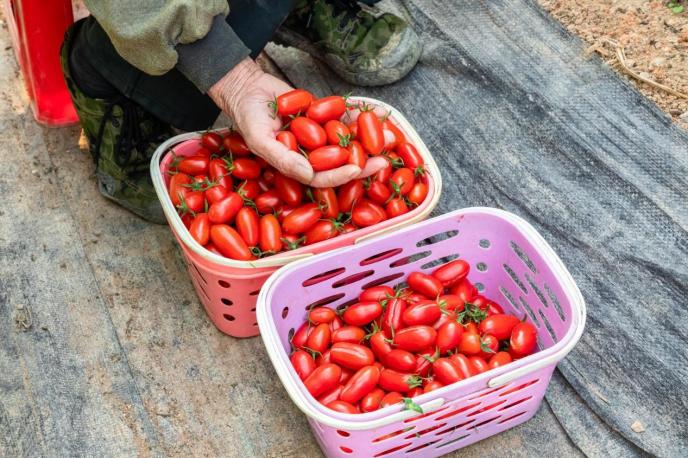 In order to ensure the original taste of these grape tomatoes, the farm deliberately uses greenhouses for planting, using modern green planting technology and high-cost manual care, and carefully monitoring the temperature, humidity, ventilation, and plant growth in the greenhouse every day. In addition, biological control methods are used to prevent and control pests. The whole process does not use ripening agents and bulking agents, allowing them to grow and mature naturally and become a truly healthy green product.

At present, milk honey tomatoes have been officially planted on a large scale in Xiamen Jimei Yongliyi Farm, with a planting area of ​​more than 3 hectares. Although the price is higher than that of ordinary small tomatoes, the local is in short supply.

Compared with ordinary small tomatoes, the yield of milk honey tomato is lower, and if it encounters bad weather, the yield will be even less. This is because the grape tomato has extremely high requirements on the planting environment, neither chemical fertilizers nor machine operations can be used. They can only be planted and harvested manually during the whole process. As a result, higher planting risks and costs constrain many growers.

According to the introduction, the planting area of ​​ milk honey tomatoes in China is only 20 hectares, and even in Taiwan, it is only 66 hectares. Insufficient supply is the norm, and it even requires a pre-order method to purchase.

Launching in Shenzhen, its seasonal sale only for 4 months
It is reported that this milk honey tomato will be officially put on sale in the Shenzhen area of ​​Dingdong platform in early January this year. At the same time, Shenzhen is also the first city to sell this grape tomato out of Fujian.

According to Qiao Shouguang, senior product development manager of Dingdong Maicai, Shenzhen is the first city where Milk Honey Tomato was launched. This is not only because Shenzhen is the headquarters of Dingdong in South China, but also because Shenzhen citizens have higher requirements for product quality than other cities. For items such as small tomatoes, Dingdong believes that as long as the product quality is good enough, it will be welcomed by local residents in Shenzhen. 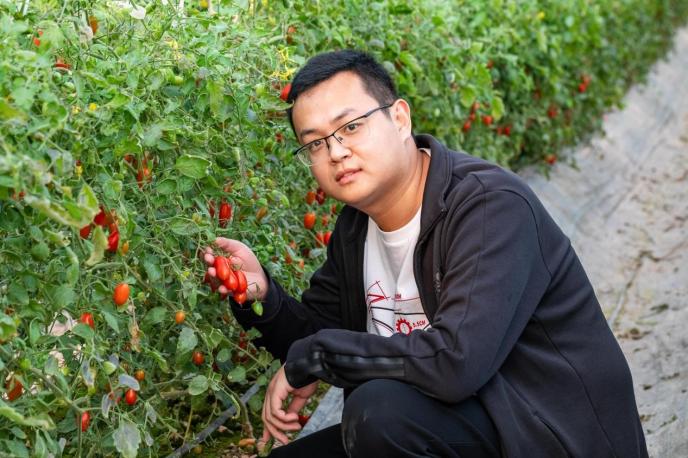 Qiao Shouguang, senior product development manager at the production base.

According to the introduction, Dingdong has determined the sales period of these grape tomatoes from early January to April, that is, around winter and the Spring Festival. It is difficult to find delicious small tomatoes in winter, which is why Dingdong chose to introduce milk honey tomatoes in winter.

Qiao Shouguang told that small tomatoes are grown in a very wide area in China, which leads to different tastes in each place. For example, in spring and summer, small tomatoes in Guangdong have better taste, but in summer and autumn, the taste of Shandong producing areas is better. Only in winter, it is difficult for delicious small tomatoes to appear in the market. And this grape tomato from Fujian can just make up for the shortfall of winter tomatoes, allowing consumers to eat delicious and nutritious tomatoes in winter and around the Spring Festival.

In terms of price, Dingdong platform said that it will be committed to providing users with the best "price and quality ratio" products, that is, to provide consumers with as many differentiated products as possible within a certain price.