For the second time, BE CLIMATE is supporting Veganuary. The brand for climate-neutral fruit and vegetables motivates people to try a vegan diet and by doing so, experience the many positive effects on our bodies and the environment. Once again this year, well-known companies such as Edeka, Ikea, and Burger King take part and initiate various campaigns around the vegan world.

Celebrity supporters include Paul McCartney, Brian Adams, Timo Hildebrand, and Eric Adams, the mayor of New York, who will all draw attention to the event and inspire people to join in. Veganuary is a combination of the words "vegan" and "January" and is both a campaign and an international organization founded in 2014 in the UK whose aim is to encourage people worldwide to try a plant-based lifestyle. Popularity is huge and the number of participants increases year after year. 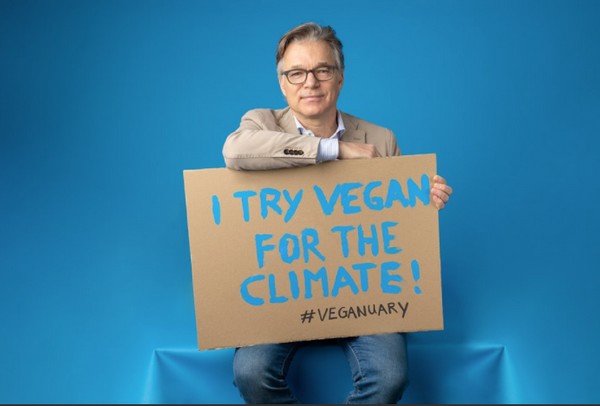 In 2021, more than 582,000 people from 209 countries and regions were registered, more than 825 new vegan products and menus were launched at the beginning of the year, and more than 170
companies took part in Germany alone.

"Veganuary is not about abstinence. It is about the trial of a different and especially more climate-friendly form of nutrition. Now, after the festive season, is the perfect time to think about a more conscious diet. Veganuary really surprised me last year and showed me how delicious and diversified vegan dishes can be. Replacing animal products with more fruit and vegetables, for example, is good
for you and the planet. With our BE CLIMATE products, this can even be done in a climate-neutral way because we calculate the CO2 emissions generated in the production process, reduce them and
then compensate the remainder through certified climate protection projects," reports Mike Port, Managing Director of Port International GmbH.

BE CLIMATE supports the initiative with internal employee campaigns and with an Instagram competition on its own brand profile. To bring some color into the grey month of January, BE CLIMATE calls for #vegancolourcooking and encourages the community to share simple and tasty vegan recipes.