At the end of 2021, it was decided to postpone the horticultural fair SIVAL. Normally, the fair would have taken place in the second week of January in Angers, but decisions have been made to postpone it until March.

The Dutch-French greenhouse builder Horconex was supposed to be present at the fair this week. Now that that has been canceled, we are digitally speaking with commercial director Vincent Kuijvenhoven about the situation on the French greenhouse market. A parallel with the trade fair immediately springs to mind. Just as the fair has been postponed, so too have some greenhouse construction projects in France. In this case, however, not because of the coronavirus, but because of the current high energy prices.

"You see the same thing happening in France in recent months as everywhere else. Projects are put 'on hold' now that energy prices are soaring. With such high energy prices, it sometimes becomes difficult to calculate projects," notes Vincent, who therefore foresees that the landscape for greenhouse construction in France will look different this year. "It will be more difficult in the coming period, because the supply of building projects is smaller. At the same time, due to the energy prices, we see a lot of developments in the field of investment in screening systems on the one hand and adapting heating systems on the other. With our strong local presence, we are active in that field, too." 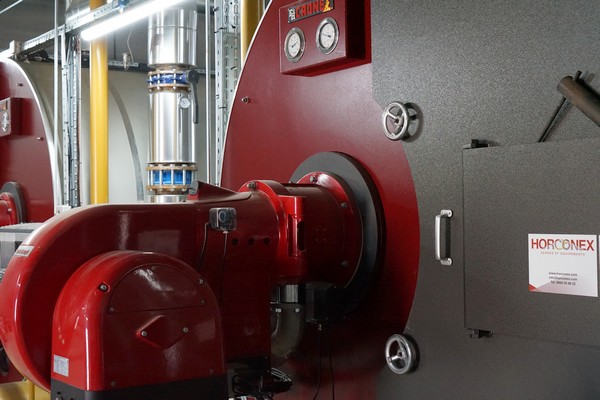 Coverage
Horconex has three branches in France, in addition to its headquarters in Poeldijk. The greenhouse builder has its reception location in Brest, while service points are also located in Nantes and in the South between Avignon and Marseille. "In this way, we really are part of the French horticultural industry. We have a group of around fifteen mechanics who are constantly on standby to repair damage and breakdowns. We also have several salespeople who ensure that we have a very broad coverage and are really present in the capillaries of the sector. This gives us a good idea of everything that is happening in France in terms of greenhouse horticulture. For us, the fair in Angers is primarily a time for relationship management. It doesn't really happen that we come across projects at the fair that we don't already know about."

Family businesses
The French market is still mainly dominated by family businesses with predominantly greenhouse vegetable crops. According to Vincent, ornamental plant cultivation has not really been growing for twenty years. "In fact, the acreage has even decreased here. Where you do still have ornamental plant cultivation, it is often in less modern glasshouses, such as those for outdoor plants near Angers." In greenhouse vegetables, and also in soft fruit, more is happening. "In family businesses, you see that the expansions are often still relatively small. Every five to ten years they build one or more hectares." 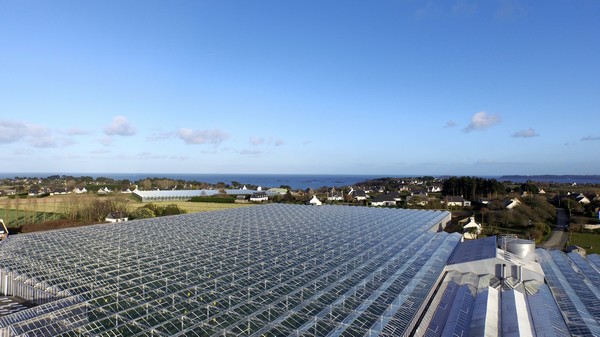 In the meantime, an increase in scale is taking place. "For example, family businesses are joining forces, continuing to operate individually but building under a single name, often in larger projects." Investors are also coming forward and there is certainly the talk of it in the market. "However, we do not yet see really large projects of up to 100 hectares being built. There is of course resistance to this from the established order. In addition, French regulations are complex and political forces are used."

Vegetable crops
Greenhouse vegetables are already widely grown in France, although local production still lags behind the size of the country. Meanwhile, new crops are emerging. One of these, which is not as new, is sweet pepper. Until a few years ago, there were only a handful of greenhouses growing this vegetable in France. "Over the last two years, we have seen that some of our customers have taken up this crop so that growth is visible." Growth is also visible in soft fruit. "Here you see strawberry and to a lesser extent raspberry being grown in greenhouses. Often older greenhouses, but there are also new projects." 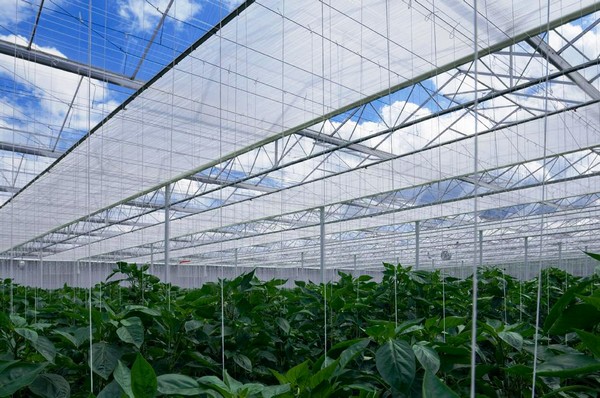 It is striking that while in some countries, including the Netherlands, organic cultivation in greenhouses is still limited and not really growing, it is increasing in France. "Subsidies are available for investments in organic greenhouses and so you see this reflected in projects here. Compared to the Netherlands, France is moving in the opposite direction here. No problem for us, a greenhouse is a greenhouse and a screen is a screen."

Leafy vegetables are also often still grown in the ground. "Fully automated lettuce growing on water is not yet common in France. In Switzerland, where we have traditionally been strong, you do see more of it. The point is that the investments are often high and as long as labor and land are not yet too expensive, entrepreneurs will not take the step to growing in gutters."

Technical developments
More and more is technically possible, but in discussions with entrepreneurs, the Dutch-French greenhouse builder likes to point out that they should always check whether the technology suits the entrepreneur's situation. "Illuminated cultivation, for example, is still rare. Where it happens sparsely, you see that LED lighting is on the rise. Certainly interesting with the current energy prices."

Another example of modern technology is the semi-closed greenhouse, which is not always applicable everywhere, according to Vincent. "We believe that this technology fits in well in the South of France. It is warmer there and there is a great deal of pressure from whitefly, so growing at overpressure helps to keep the insects out. Further north, semi-closed greenhouses are not always optimal, given an often colder and wetter climate."

French greenhouse farming is far from clumping together. "You see that, because of the use of residual heat, greenhouses are built close to waste incineration plants, but there is also a lot of solitary construction. In that case, the heat supply is often gas, although subsidies are available to encourage the use of other heating sources, such as wood-burning stoves. Geothermal energy is difficult, as long as projects are small and companies are not clustered together.

More than enough developments to discuss later at the fair, therefore, and for greenhouse builders to get started with, in France and increasingly beyond.