"In a decade, only a handful of greenhouse companies will survive"

"We have set our goal to get to a total of 1,000 hectares by 2030", says Kees van Veen. In 1997, he and his friend Philip van Antwerpen found Dutch glasshouse company Agro Care. In 25 years, Agro Care grew to 261 hectares of tomatoes and 1,500 employees. Those surely are impressive numbers, and the company still does not foresee an end to the increase in scale in greenhouse horticulture. The 1,000 hectares goal doesn't mean they are going to build all those hectares themselves. "We're thinking more of mergers and acquisitions. We expect only a handful of cultivation companies to survive in the next ten years."

Upscaling
Since the company's inception 25 years ago, it has been Agro Care itself that provides the impetus for the scale increase of the vegetable sector. Looking for cheaper horticultural land for expansion, Philip van Antwerpen and Kees van Veen were among the first to leave Westland and end up in Rilland, Zeeland. The first greenhouse of 3.3 hectares was built there in 1997, followed a year later by a second one, with the same surface area. From 2007 onwards, phases of 10 hectares were even erected in Agriport A7, nowadays a well-known hotspot for large-scale horticultural companies, but back then a blank spot on the Dutch horticultural map.

Agro Care also seems to have a nose for new opportunities in other areas. In 2001, the company becomes one of the first tomato growers to use artificial lighting. This enables Agro Care to meet the demand from supermarkets in the light-poor Dutch winter. "The installation of lighting is what really got us going", co-founder Philip van Antwerpen looks back. "We immediately started installing CHP's to supply electricity for the lighting. At a time when everyone had high energy costs, we even generated income from energy by supplying power back to the grid."

Step abroad
The motto 'No limits. No nonsense' was also put into practice: after the first foreign branch in Spain (2000), the cultivation of tomatoes took a step to Africa. There are now cultivation companies in both Tunisia and Morocco. Agro Care also does its own packaging. Together with other cultivation companies, they set up Greenpack in 2007.

Merger with Kesgro
The merger with Kesgro of fellow growers Ad van Kester and Paul Grootscholten has given Agro Care an even larger scale. Kees van Veen expects that the current 261 hectares of cultivated land will not remain the same. "We have set our goal to get to 1,000 hectares by 2030. That doesn't mean we're going to build all of that ourselves; we're thinking more of mergers and acquisitions. The expectation is that by then there will only be a handful of tomato cultivation companies left serving the market, in Europe. And cultivation will be spread much more across Europe."

Taking good care of people
Leading the way in future plans is the mission statement "We Care for People," which adorns the new website in a big way. "It's one with a double meaning," says Philip van Antwerpen. "We Care For People fits well with Agro Care. We are a company that takes good care of people. Many of the people who work here started out as apprentices. They get opportunities to become growers themselves. And we grow a product that is good for you. We do that in the most sustainable way, we treat the surroundings and the environment with care."

Enough challenges
There are some looming dark clouds over the greenhouse horticulture sector, both acknowledge. Kees van Veen: "There are plenty of them in the Netherlands. Will there still be room for large-scale glasshouse horticulture companies in our country in the future, now that farmers' acreage must also be reduced? The energy market is a challenge, as is CO2. And then there is the issue of labor. The question for the coming years will be again how we are going to get enough people in the greenhouse." 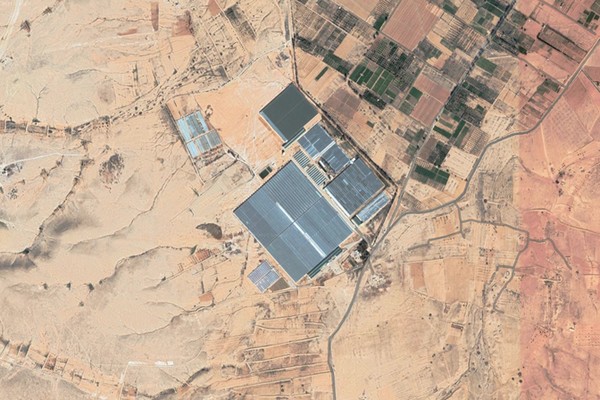 Location Desert Joy in Tunisia. Here Agro Care has expansion plans to add 120 hectares of greenhouse with a desalination plant. The plans were approved last year. The tomato grower is switching entirely to glass greenhouses there. You can see a video about it on Facebook.