In March this year, a floor of a factory in Eindhoven, the Netherlands, was transformed into a farm where they grow lettuce in water which has fish manure added. Things are going well. So well, that Phood Farm is expanding its cultivation as soon as next year, according to the Dutch media company RTL Nieuws.

Small-scale aquaponics is nothing new in the Netherlands, but it is not being done on a large commercial scale, says Phood Farm's co-founder Roy Peeters. "We wanted to see if you could begin a successful business with it."

"It has gone very quickly. We now supply local stores as well as our own and other restaurants. Next year, we're going to expand. We're going up so we can produce more. The floats are now one-tier, but that will become five-tier." 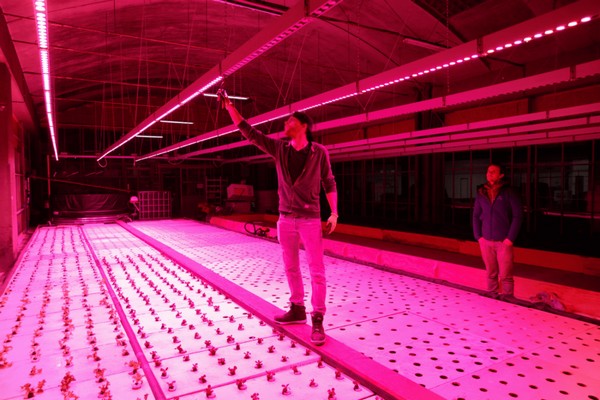 This farm currently produces around 200kg of lettuce per week. In April, microgreens were added.

There is another similar cultivation project in Eindhoven. Duurzame Kost City Farm uses aquaponics to grow produce, including lettuce on the fifth floor of a building.

You can read the full [Dutch] RTL article about Phood Farm here.