With the new season of artificially lit tomato crops underway in Europe, applications of the Macrolophus-System have already started. According to Biobest advisor Marvin Koot, a good Macrolophus population is essential for the overall biological control strategy for the crop. “In recent years, Tuta absoluta and Nesidiocoris have often thrown a spanner in the works,” he says. “However, now these pests are reasonably under control, many growers can start with a clean slate."

"The earlier you start with a Macrolophus-System, the better," he continues. "A good population build-up takes some time, but you then reap the benefits throughout the lifetime of the crop." 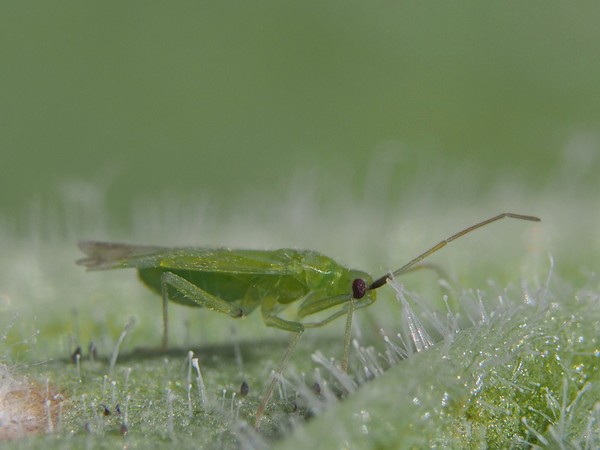 “When chemical interventions have to be made against Tuta absoluta and Nesidiocoris, it takes time for the Macrolophus population to reach full strength. Lack of a good foundation can disrupt the entire biological balance throughout the season, resulting in the need for even more chemical interventions,” he warns.

Whitefly
Marvin recommends only introducing a Macrolophus-System if the greenhouse is completely clear of Tuta absoluta and Nesidiocoris, and then aiding its development using Artemac™.

“If whiteflies are detected before the Macrolophus population has reached a sufficient level, we also recommend introducing parasitic wasps,” he says.  “Eretmocerus-Systems and Encarsia-Systems are both suitable, as well as in combination with our Eretmix-System. This approach helps keep the pest pressure low while Macrolophus gets the chance to build up a good population."

“We get good control with Phytoseiulus-Systems. This voracious predatory mite only eats spider mites, and it can control hot spots within a few days. By scouting well and applying Phytoseiulus locally, growers can avoid large-scale problems and therefore spraying."

"This dispenser contains a high dose of female pheromone, which confuses the male moths,” he explains. “It’s important to note that Isonet T only works if the greenhouse is 100% free of tomato leaf miner.  If the pest has already been detected, it has probably already reproduced and the pheromone will miss its target. For a tailor-made strategy, contact your Biobest advisor."

“This biological fungicide activates the plant's defense mechanism and parasitizes pathogenic fungi such as Pythium,” he says. "By using Asperello at an early stage, you can make optimal use of its preventive effect.

“The grower drips it onto the slabs, ahead of the crop, and repeats this every 12 weeks when the plants are in situ. Getting off to a good start is half the battle.”